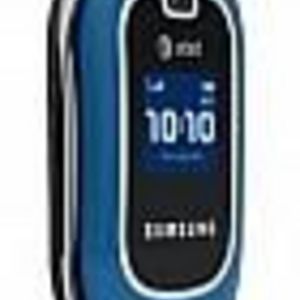 The Samsung???  It is AWESOME in my opinion!  I have had 4 or 5 different kinds of cell phones and I have never had one as good as this!  Clear sounds, great pictures, NO DROPPED CALLS!!!!  Some people think that dropped calls are the fault of the provider, but I strongly feel that it has more to do with the phone itself!  I have had the same provider for many, many years!  15 years plus in fact!  With this same provider I had many dropped calls when I used a Nokia phone, I also had many dropped calls when I used other phones, but once I got a Samsung the dropped calls STOPPED!  WOOHOO!!!!  On a whim, I bought another Nokia after having several friends tell me how great they were and POOF!  Right back to the dropped calls!  *sigh*  I went back to a Samsung and WOW!  No more dropped calls!!!!  The Samsung can go days and days without a recharge, and this I LOVE!  My only problem is that when I have a missed call, sometimes it doesn't show up until the next day!  This I don't blame on the Samsung, I blame it on the provider because this has happened on the Nokia and other phones I have owned.  If you want a good phone.....................PLEASE buy a Samsung!

After my latest upgrade did not include the razor phone, I decided to choose the Samsung a237 for a "no frills" cell phone (I am technologically challenged when it comes to phones). This phone is just average to me. It comes with a camera (taking "decent" pictures, with is fine with me because I rarely use the camera), is blue tooth compatible, and allows internet access. The internet access goes beyond my expectations, although the small screen does not allow you to view the complete webpage. It takes awhile for a site to load and some websites do not load, due to having too much information. The graphics are not that great, but like I said, I wanted a "no frills" phone. The keypad is somewhat soft and the buttons can be hard to push, making text messaging a slow process for me.  On the flip side, this phone is small, easily fitting into a pocket. It is aesthetically pleasing, available in 3 different colors. I really enjoy its speakerphone option... great when your hands are tied up. I also like it, because it is a durable phone (I've dropped it numerous times and it was not harmed)     The Samsung a237 meets my expectations. I would recommend this product.

My phone may be an older version of this model.  But regardless of the phone features, the network is horrible.  I have AT&T, and I have dropped calls all the time, I cannot recall making or recieving a call (if there is reception for it to come through in the first place) that was not dropped...all this pain because my father who pays the bill, has an i-phone. I get complaints from friends and call recipients all the time that they cannot hear me, or the call will just drop mid-sentence.  I cannot make or get any calls without issue, anywhere in my house. Grr!  AT&T sucks!  I miss Verizon dearly, if only they allowed the i-phone, so my father could have his precious little gadget on a GOOD network. Okay, so that's more about the network than the phone.  My phone has basic features and I do not have texting privledges.  I cannot browse the internet.  I can only take photos and the quality is not that great and that is all I have to say!

I'll admit that when looking for a cell phone for a 13-year-old, form and function isn't exactly at the top of the list. Aesthetics is. This is how we ended up getting my daughter the AT&T Samsung A237 cell phone for her birthday. Although we didn't have very strident criteria, it seems to have more than fit the bill. We had originally given my daughter her first cell phone last year when we were going to be gone for the weekend and wanted to be sure she always had access to us. Since it was temporary, it was just the cheapest pay-as-you-go phone that we could find. Yet, it did the job. It was a phone she could use to get a hold of us or for us to get a hold of her. Yet, she wanted to be able to text her girlfriends. She also wanted a camera to record some of life's more important events, which turns out to be pictures of herself and her friends, cute dogs, and the posters on her wall. We decided we'd get her a regular cell phone for her birthday and add her to our AT&T plan with the free texting and get all the features on it. Of course, since it was a cell phone for a 13-year-old, and you can never tell when it's going to be lost or dropped in a bowl of cereal (yes, the cereal event happened to my son), you look for the phones you can get free with a new plan. My daughter's new favorite coor is blue, so I knew I wanted it to be blue as well. I preferred to have a slider style phone as well, as that seems to be the "in" thing with the kids as well. With all this in mind, we ended up with the Samsung A237. The only part of the criteria it doesn't meet is that it's not a slider. Instead, it's a flip phone, and my daughter doesn't seem to notice the difference at all. It has a camera in it that she uses daily for those things she feels are oh-so-important, yet that make me shake my head. It has enough fun little extras on it like wallpaper and ringtones to keep someone with their first billable phone happy. My daughter hasn't even used up many minutes on this phone, as she's too busy texting her friends. I can even stretch the truth and say it's educational, helping her with spelling, that is if U R and NEWAY are to be included. The text storage fills up frequently for her, meaning she has to delete the texts that are stored on the phone, which is of course a pain. We had a hard time figuring out how to text to a person stored on the phone, and she thought she had to put their number in each time. I told her there should be a way to do it by name. Eventually we figured it out, but it wasn't in the manual, and you would think that type of thing would be. The A237 is not a 3G phone, but it is quick enough running on the Edge network; however, we opted to not pay the extra money to have data on the phone, knowing she'd be happy with the phone, texting, and camera, yet the capability is on the phone for us to look into this at a later time. While the Samsung A237 is definitely not a phone for someone who has been using a cell phone for quite awhile and is looking for the latest and greatest tools and apps, it's very adequate for someone young or old who is just starting out into the cell phone world.