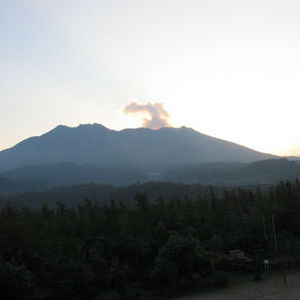 When you plan a trip abroad, it is really important to find a way get what you are expecting, what ever that may be. This can be an extra challenge if you are going it alone rather than taking a group tour with a familiar company. You must make more detailed plans with less information. My only youth hostel experience before this trip was an overnight in Venice with my daughter. There was a little apprehension when deciding to go to Japan and use youth hostels, but the bottom line was that I don't believe in living beyond my means and I wanted to make the trip, so I did it the way that fit. It is also very important to have a travel partner with the same or similar wants in key regards. My travel partner was in agreement on the budget as well as the eventual impressions of this abode.First, I'll share some things I learned about hostels in general, and then I'll move on to particulars. **Hostels**There are several youth hostel organizations with a lot of Internet information and photographs. I did most of my searching by googling the name of the place and the word "hostel". Membership can get you a better rate, but first check out all of the places you wish to visit. You need to visit more than one to make the membership pay. I wasn't able to make a membership pay for itself and I didn't expect another trip within the year, so I did not join. Some hostels are more "hostel-like" with communal rooms and others are more like a bed and breakfast. In Japan, many are more like ryokans, a traditional Japanese lodging. Many of these places are dual listed on bed and breakfast or ryokan sites. Some have a few private rooms and a few communal rooms. Internet listings can give you photos and a pretty good idea of what to expect. In the off season, when we were traveling, the communal rooms were private, but there is no guarantee that will work out. Laundry can be a big factor in the hostel decision. Most hostels have laundry facilities at reasonable prices. Laundry in your own abode can save valuable time when traveling and it can really become quite expensive to have it done at most hotels. **Sakurajima Island** This was named when it was a volcanic island in Kagoshima Bay. Eventually, due to more volcanic activity, it actually became a peninsula. Even though it is attached, much of the traffic back and forth uses the ferry to avoid a long drive around. The ferry is pleasant and leaves from near the aquarium. Both the city of Kagoshima and the "island" have several worthwhile attractions and the surrounding areas have hot sand resorts. I would have liked to spend more time in the area. This is also where you would catch a plane or a ferry to Yakushima Island for the World Heritage Site or Tanegashima Island where the Japanese space program is located. For history buffs, Tanegashima is also where Portuguese ships first introduced firearms into Japan. **The Youth Hostel** The hostel is situated at the base of an active volcano and therein lies the draw. The only review we could find on this particular hostel was short, dated, unhappy and said that the baths were broken. We were able to confirm that the baths were fixed before making our reservations, but not much more. This area is famous for geothermal mineral baths, and there is a bath of this type on the premises (at the least I think there was mineral water). Because of this we were not even certain which baths the comment pertained to. When we arrived communication was a little difficult, and we didn't get to see a room before we paid. That increased the fear factor. However, the rooms were clean as were the linens. The communal room was pleasant enough, though smoking is more prevalent in Japan and there was always a smoker using this space at the same time we were. The baths (both kinds) were the disappointment. The hot water handles had been removed in the sinks and showers and the cleanliness level was more like what you would expect in a campground. We never got to use the soaking bath, so that is why I am a little unclear as to exactly what kind they were. There is only one, so it is not available to men and women at the same time. It was never available when we were, so I never experienced anything but cold water for the duration of our 2 day stay. I had an injured leg and the crisp November air made cold inside all the more unpleasant. It was also rainy (more cold). A staff person did offer us umbrellas and she was friendly. The photographs do not do justice to the view. We were really too close to get a good photo, but watching the stars and sun rise with an occasional puff of volcanic ash was pretty cool. All in all I'm glad we went to the island, and the staff was friendly enough, but the comfort level was miserable and I think the discomfort would increase greatly during the busy season. The "would you recommend this to a friend" question is difficult to answer. I would not likely return myself. I was too uncomfortable, but if you know what you're going for and that's what you want..... well go for it!    http://www.jnto.go.jp/eng/location/regional/kagoshima/index.html http://www.ryokan.or.jp/index_en.html