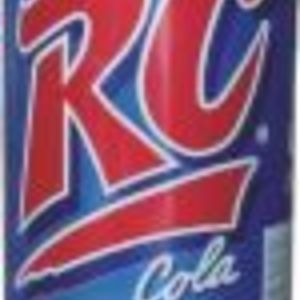 I personally like this way more than coke or pepsi or polar or any other cola in the world it tastes way better it's cheaper and it is just better all around I first tried it as a single bottle and then decided to find myself later on buying it by the 12 packs this is now officially one of my all time favorite sodas ever period point blank it is the best and no one will ever beat it but the only downfall that it has is that it is not so much carbonated as other colas....:(

I've pretty much always been a fan of RC cola. It reminds me of Pepsi (which I also like)...but with a bit of a difference. I wont always have it in the house...but if I notice it when I'm at the store I will grab a 12 pack. It is a cola...so its more syrup-y than other sodas...which is why I like cola's. It is pretty affordable, and almost is always on sale when I see it in the stores. I remember growing up and requesting it when my dad went to the store. Still reminds me of those times. It is almost a more flat pop than other cola's...but thats also a draw to it (for some).

RC Cola or Royal Crown Cola is a southern soda. In other parts of the country, you might call it a pop. Wordy folks might say it's a soda pop. Some Southern people will say "R-uh C." We like vowels in the South.   RC was first made in Georgia in 1905, but it was called Chero-Cola. It's not a cherry cola. It's a more traditional type cola drink. If you're looking for the southern cola with a little cherry taste, then you want Cheerwine (not a wine - a soda). If RC does not ring a bell, it may some day. They've branched out. I think they're in 60 countries now, but the only cola I ever see in other countries is Coca-Cola. They seem to have the corner on that, and everyone seems to know "Coca-Cola" any place you go. More familiar to some may be the fruit drinks by this company. If you've had Nehi grape or orange, then you've had a RC product. These seem to be more kid drinks, but some do not outgrow their Nehis. The flavor on the RC cola is a tad sweeter than other colas - like all things Southern. The carbonation is not as strong. We, down South, hate to have bubbles up our nose when the glass is deep. My son picks RC Cola over any other soda. He is Southern to the bone which I attribute to moving back here when he was 2 years old. The older one was four, and I don't think the city ever quite rubbed off him. He's a Pepsi guy. Neither of them ever cottoned to Moon Pies which are usually mentioned in the same breath as RC Colas. Those are Southern too. Coalminers used to get a RC for a nickel and a Moon Pie for a nickel and get some fast junk food energy - all for a dime. RC tends to be priced a little lower than other colas, but the sales by Coke and Pepsi trump the regular price. I pay more or less - whatever - since my youngest son really loves RC, and he is not high maintenance. He eats and drinks most anything, and he does not often have a special favorite like he does with RC cola. I think mostly my son and older people drink RC Cola.

**RC Cola, although it is very cheap, (costing only 79 cents!) the taste is even more cheap. It leaves a disgusting taste in your mouth after the first sip! It's like licking a toilet with a side of dirt. If you are looking for a product that will leave you with an after taste of vomit, then this is the product for you. So spend that extra few cents and avoid the dreadful RC.**