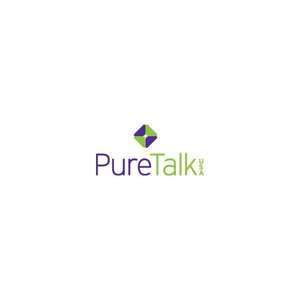 I am currently on hold for 4 hours; customers services are crazy. This people have no idea what they are doing. Cost me several hundred dollars to switch from Verizon, now due to 5G I have to buy new devices for another several thousand dollars now. Prices go up. I love Mark Levin but sorry dude you shouldn't take money from absolutely horrible company like this.

First, let me explain I never got to talk on a Puretalk line. I called Dec 2 to establish service. I was told they would send a sim card and instructions for me to port over my existing number from a big carrier. The sim card didn't arrive, evidently to a USPS error. I called again in 2 weeks, was told that the sim card had been returned to them by USPS (although the address was correct). They would credit my first month service, reissue the order and charge me a second time for initial service. When I didn't hear anything else in 2 more weeks, I called again. This time, I was told that I could not get a refund on the first charge because 30 days had lapsed. I explained I had not gotten anything from them and hadn't talked 1 second on a line they provided despite trying three times to resolve the issue. Too bad, too late. I said if this is an example of their customer service, before I'm even a customer, I wouldn't have their service. Too bad, too late for this user to switch over now.

The connection is awful. Data doesn't work. I decided to go to another company and was lied to about the pin code I needed to port over for starters. They kept telling me phones were ported and they weren't. Now they are holding up a port on my husband's work phone for 3 days.

I got the service through AMAC. When I got the SIM card for my phone I went through the porting process and installed it. I never would have imagined that the sim would have such an effect on the phones signal level. The phone would remain in no service for 5 minutes then momentarily show 5 bars, then 1 then nothing again. I called customer support and they said since I lived in a brick home, I would have to stand next to a window to make a call I asked them why, if I am using the same cell site as my previous provider, can't I get a signal using their service, she said that they were a reseller, and they wern't going to get the full services of the network. That's all I needed to know I went to my original provider and demanded a refund.

Purchased a PURETALK cell phone online. Arrived in plain box; no "packaging", minimal manuals. Had difficulty activating online. Indicated that the system was down; try again tomorrow. Eventually had to call Customer Service to find out that the phone HAD been activated online. Was able to make a call, and receive calls, AND connect to WiFi. NEXT DAY phone did not connect to WiFi, NOR did it have a cell signal. Had several cell phone experienced family members check the SETTINGS to see if it could connect to WiFi. Finally, called Customer Service to find local retail store where I might take the phone to get it checked, but there was none. Was transferred to Tech Support, who had me open the back of the phone and remove the SIM card. (Was very concerned that I might damage something, as had no experience doing this). Replaced the SIM card, and phone finally connected to the cell signal. Was able to make call. BUT... still did not connect to WiFi. Techie had me go thru several procedures, but no WiFi connection. Said that he had used all the "protocols", and told me that it was a problem with my WiFi provider, and that I should call them. Informed him that I had another cell phone, a tablet, a computer, and Smart TV that ALL connected to WiFi, so the problem is with the PHONE, not my home network. Was transferred back to Customer Service who asked me, "What would you like us to do?" Told them if they could not provide a FIX for the phone then they should replace it. I had only had it a couple of weeks. She quickly informed me that wasn't so... I had had it over 3 weeks, AND that they were not responsible for the phone AFTER TWO WEEKS after purchase. A 2 week warranty? UNBELIEVABLE!! So now I have an Android cell phone that is JUST A PHONE. Cannot download APPS or sync contacts from former phone. CHECK THE WARRANTY BEFORE PURCHASING A CELL PHONE. I have been around long enough that I SHOULD have known to do that.

I was happy with my other MVNO carrier also on the A T & T towers, but needed a lower cost pay as you go for one phone and unlimited for one phone. My numbers were ported in ample time Customer support is always friendly and HELPFUL. I had unlocked BYOD phones. Both work in the GSM service. Had one number ported 11/2015 the other 12/2015. looks like the coverage meets my needs. DO not need web service or a smart phone, (maybe one day I will) but for now meets my needs. I have told others about pure talk.

I switched from AT&T to Pure Talk about a month ago. I ordered a new SIM from Pure Talk and got it within a week. I called customer service to activate it and port my number, and after a few minutes on hold got a very helpful, friendly customer service rep. No problems with the ported number, and they sent an email when the number was ported. At that point, I replaced the old AT&T SIM card with the new one from Pure Talk, and it worked great right away. Set up voicemail easily, and haven't had a problem since. Call Quality No complaints. Pure Talk uses the same network as AT&T, so there was no difference in the call quality. Coverage Being in a rural area, there are always dead zones, but again, it's AT&T's network, so there was no difference when I switched. Plan Options Flex plan works well, you're billed for what you use in $10 increments, and minutes roll over. If you're a heavy user, an unlimited plan may be better, but for my smaller use, the flex plan is what I need. Features You can bring any AT&T phone to Pure Talk, so there's an abundance of new and used phones that you can use. Customer Service Like I said above, no complaints with customer service. Quick response, friendly reps.

I really like this phone service & think you should all try it. I don't call internationally, but I think plans are available for that. My unlimited talk, text & 6mg data is $43.95/m prepaid AND NO taxes or other charges. No overages unless you go over 6mg data. I've talked on it from Chicago,IL to Houston, TX without losing a signal. Try PureTalkUSA.com and save some money! :) Call Quality No matter where I am, weather it be TX, IL, WI or in between, I can hear perfectly, no interference. Coverage I've used this phone everywhere between Chicago and Houston, never lost signal. Plan Options Unlimited talk and text is $39.95, and yes , any time of any day. For only $4 more you get 6mb data too. Features pick what phone you want that's compatible with their service & you can buy just the sim card from them. Voice mail, texting, camera phones... Customer Service I've purchased phones from PureTalk USA. The one reconditioned one didn't work & they sent out a new one immediately. The representatives are very nice to talk to.