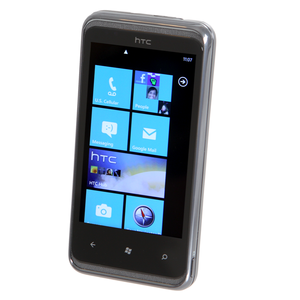 Very good product, but the arrive has 16gb not 8 It has a qwerty keyboard, touchscreen, and a 5 mp camera. Its connected to the xbox games store for some nice apps. a 5 mp camera makes for some clear pictures, the colors are nice and accurate. Battery could be better, and like all phones, the more apps you add the worse it gets, along with overcharging and charging too many times adds to the battery woes. But I will say, it still has a better battery life than a lot of other phones. It has a single core processor, which wasn't top of the line when it came out, but its still the fastest phone I've ever used. Performance For being a single core computer, uh I mean smartphone, its the fastest phone I've ever used...and it isn't an apple product! Voice Quality As long as I'm not in a lead/asbestos enclosed room where even tv and radio signals don't work...its perfectly fine! Battery Life 6 hours of texting and pics, 3-4 of gps and music, 12 of moderate use, couple days of rare use. Of course, would love it to last longer. Durability I've had it for most of a year, still works, but with every drop I seem to lose a bit more of the touchscreen. About a half inch of it has lost all touch sensitivity. Ease of Use Seems easy enough to use to me, just wish some of the apps rotated with the phones rotation/gyro. Design Great design for my needs, has a keyboard as I would need to look to use the touchscreens version, and has a touchscreen to quickly move to different apps and parts of the phone.