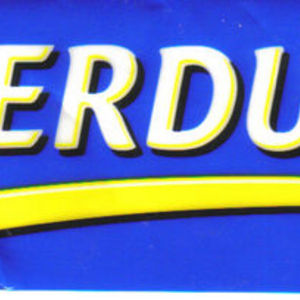 I got a coupon from BzzAgent to the Perdue Oven Ready chicken. It was actually better than I expected because I thought it would be really salty like most packaged food. It was good, really juicy, and I was glad that it didn't have a lot of bad stuff on the ingredients list but, honestly, it wasn't really that much easier than roasting a normal chicken. I mean, it just isn't that hard to rub some seasoning on a chicken and stick it in the oven... That's something even I can do. I actually removed the cook-in bag because I'm concerned about toxic chemicals leaching out of the plastic into the food, especially when it's cooked at high heat. I thought it might dry out the chicken but it didn't. I suppose that kinda defeats the purpose of the bag... the easy clean-up, but I'd rather wash a pan than feed my family toxic chicken. So, it was good, but I probably won't buy it again. It was also an enormous chicken, and way too much food for our little family. We gave a bunch of it away, but I think it would have been really good for making chicken salad with the leftovers.

It was very simple. Delicious. Provides a lot of meat.  My whole family enjoyed the Perdue Oven Ready Roaster. It was easy to prepare, left a lot of time to make side dishes. I had to cook it a bit longer then the directions stated, but not a problem.  I would buy it again, I have told friends about it. I prefer to buy on sale or with a coupon or it is a bit expensive.

Peapod was having this great sale on Perdue Chicken and on impulse I ordered a *Perdue Seasoned Whole Roaster in a Bag*.  The excitement of getting a bargain caused me to not pay careful attention to details, I guess, because when I cut open the outer bag, I was a bit taken aback to discover that the chicken was also sealed in an **inner** *cooking* bag.  I have avoided cooking bags thus far as I prefer to have a nice golden crust on my roasted poultry so this was a new experience for me.  It couldn't have been easier -- all I had to do was cut an inch long slit in the cooking bag for venting, plop it in a shallow roasting pan and usher it into an oven which had been preheated at 400 degrees, there to cook in the bag for the requisite 90 minutes.  According to instructions, I waited a while for everything to cool down a little before cutting open the cooking bag.  The chicken seemed to be beautifully cooked and exceptionally tender; however, as I had feared, it didn't look *roasted* but rather *stewed* in a slow cooker.  Even returning it to the oven in the roasting pan sans cooking bag and giving it a few more minutes couldn't produce the lovely golden brown "skin" which I like on roast poultry. **STATS:** Four ounces of meat is considered to be a single serving which contains 200 calories with 110 calories from fat.  There are 12 grams total fat, four grams saturated fat, zero trans fat, 105 mg. cholesterol, 630 mg. sodium, one gram total carbs, zero each dietary fiber and sugars, and 19 grams protein ... along with 4% (D.V.) Iron, and 2% (D.V.) each Vitamin A, Vitamin C, and Calcium.  These figures may seem high but then roast chicken has always been a little rich and there is after all 38% of the average requirement for protein here. **TASTE TIP:** *Perdue Seasoned Whole Roaster in a Bag* makes a great "company" dinner when completed with mashed potatoes, green beans, cranberry sauce, and all the "trimmings" including a gravy which is easy to make by adding partially diluted *[Campbell's 25% Less Sodium Cream of Mushroom Soup][1] *.  Personally, I still prefer roast chicken made the old-fashioned way and will stick to that in the future but for a busy person (especially someone who doesn't have to worry about fat content too much) I do recommend this fine Perdue product (especially when it is priced 50% off!).     [1]: http://www.viewpoints.com/Campbells-25-Less-Sodium-Condensed-Cream-of-Mushroom-Soup-review-5f9d2