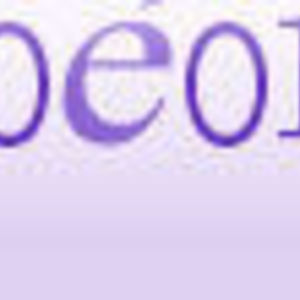 Oh my gosh! This jewelry is so beautiful! Pendant, ring, earrings! I am embarrassed for those negative review writers. The quality, beauty of design and price—outstanding! It makes me feel like a princess.I look at it several times a day admiring it. Can't wait to buy more of it for granddaughters.❣️

Their gems are fake. Even the gems they claim are genuine are fake. I ordered from Silver Jewelry Club and you can't even write a review about the Peora items. You do not get a real certificate of authenticity either. I was ready to drop some major bucks on some aquamarine but I just don't trust them now.

I bought a silver pendent from them and within 2 months it turned to cooper and they sold it to me saying it 92.5 silver.. when i went to the store in seawoods grand central they were not ready to accept their mistake and they told me they can repolish it but would charge me to do it.. plz guys don't buy from them they are fake

My husband purchased what was supposedly a London Blue topaz ring from this company. After wearing it for a couple of months, the stone began to fade to a dull, light blue. A reputable jeweler told me that this is in no way a topaz. He thought it to be a poor quality cubic zirconia. Also, the rhodium plating wore off within 2 months. There is no way I can wear this ring. It is ugly.

I bought what I thought a beautiful alexandrite ring and bracelet for my daughters 13th birthday. I called and emailed repeatedly before finally getting it shipped. I was so excited to get it for my daughter's birthday. It came in today and the stone is a very dull navy blue with no color change in the light like advertised. I have called and left another message and sent in an email but after all this irritation and knowing it will cost me to send back your cheap false advertised items I would rather file as many complaints every place I can to warn others so you cannot ruin anyone elses orders. Do not order from this company!

i have been buying peora jewelry for almost a year now. every piece i have bought is absolutely beautiful. i can understand how people think the pieces are not sterling silver. thats only because they plate the jewelry with rhodium plating. it's supposed to make the silver finish last longer (something like that) which is the only thing i dont like about their jewelry. i used to buy through amazon, until they tried to charge me 3 times for the same order. now i only go to the peora site. i should note that the alexandrite is just a color changing sapphire. a knock off alexandrite, for those of us that cant afford to spend thousands on the genuine stone. you really cant beat the prices. i mean, where can you find a stunning pendant for under $30, that does not tarnish within the first week?? i am a forever customer. and super glad that i found them.

My boyfriend bought me a ring that I picked out on peora.com. I loved it at first, but I've only had it for a couple months now and the metal has dulled severely and is not shiny anymore. The only thing it has been exposed to is hand soap. Not only that, but the ring keeps giving me an allergic reaction....which is important because I am NOT allergic to STERLING SILVER. I am allergic to nickel, which is commonly found in cheaply made jewelry. If you look at the product page for the ring, it says " Pure Sterling Silver with .925 stamp". There is no way this is true. Shame on them for false advertising. I won't be buying from them again.

Peora.com Don't buy from!  I purchased a 180.00 14K bracelet thru Amazon/ Peora.  It arrived with a broken safety clasp.  I returned it at my expense, they either fixed it or sent a new one.  In about 6 weeks it broke again, it just fell off my wrist while I was typing on the computer.  I reported the problem to Amazon thru their A-Z 60 day guarantee, they said tough luck, and Peora said the same thing.  I wrote a review on Amazon, and Peora added comments that were completely NOT TRUE.    14K jewelry at that price should last more than 6 weeks!  They don't stand behind their work or their product,   BUYER BEWARE!

I was given a Peora ring as a gift.  After wearing it every day for about three weeks, I noticed that areas of the shank were less shiny and rougher than the rest.  After another two weeks, pretty much the entire shank was dull and more gray than silver.  That's right--the rhodium plating wore off in about a month.  I contacted customer service and was told that the ring must have been exposed to harsh chemicals and that a local jeweler could polish and "re-rhodium" the ring.  Sure they can, but it would cost as much as the ring did in the first place, and rhodium plating should not wear off in a matter of weeks.  I politely explained that the harshest thing the ring had been exposed to was ordinary hand and dish soap and that I realize "lemons" sometimes slip through quality control for companies that make large quantities of items.  All I wanted was to exchange it.  Customer service's response this time was, "There was nothing wrong with the ring or the rhodium plating. We have been using the same process for the past 20 years. The ring has definitely been exposed to something harsh. There is no warranty covering this."  At this point I was getting pretty peeved that 1) it had now been asserted to me twice that I was wrong or lying, because something must have happened to the ring that actually did not, and 2) I was being denied an even exchange for what was obviously a quality issue.  Any company that uses the same process for 20 years and stands behind the quality of that process has no reason to deny an exchange if/when a customer is dissatisfied.  It's not like I was asking them to replace it without proof of purchase; I was asking for an even exchange with original electronic receipt.  My third message to customer services has yet to be acknowledged after a week.  Needless to say, their customer service is horribly rude, and I will never buy or let anyone I know buy anything from Peora in the future. To top this off, I took the ring to two jewelers today to ask about the cost of replating, and both had doubts about whether or not it's actually sterling silver.  Do not buy from Peora.  I could not be unhappier with this whole debacle.

I sent 4 e-mails asking for the name of a manager and phone number to contact them. They refused to let me talk to a person. After the 4th email they stated that they do not give out phone numbers to be contacted. Do not expect any respect from whoever answers the e-mails, they were rude and I would not recommend doing business with them. It must be a fly by night type of operation if they can't even offer support to paying customers.