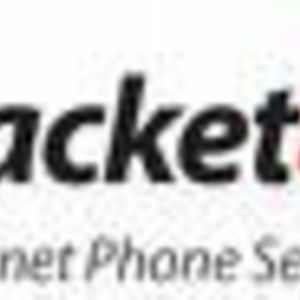 The system has performed just great.  I traveled to Japan and all my voice mail were forwarded as .wav files to my email.  I didn't have to bother calling long distance to retrieve messages nor did I have to leave a message letting people know I was gone, a great security bonus.  If I just don't want to deal with the messages at all, I just forward them to someone else who can screen them for me.  If for any reason, the system is down, I can designate where to forward the call, such as to my cell phone.  The system has every feature you can imagine without being nickel and dimed to death.

When my former VOIP serivce (SunRocket) went belly-up I chose one of the two companies they negotiated deals with (Packet8) to insure continued service.  Getting the equipment and getting set up was quick and easy.  Service was so so but adequate to my needs.  Uh oh - then there was problem with the equipment and I wasn't receiving ANY calls at all.  I wondered why the phone was so silent until someone called me at work and said they'd been calling and calling me at home and wanted to know why I never answered the phone.Well, I did some investigating, called Packet8 and ran some trouble-shooting with them; finally determining that the unit they sent was faulty (this after more than 3 hours both online and on my cell phone with them).  They decided to send a new unit and offer me a credit for international calls (which I don't make) as compensation for the extra $25 on my cell phone bill and the inconvenience of weeks without a home phone.  The new unit came, seems to be working fine, but the line has a bit more static than I'd like (and definitely more static than SunRocket ever had).  Still, the flat-rate price is reasonable and I do have my cell phone as back-up so I have service, including e911.  I'd have to say average and hope that, over time, they will improve to where I can safely say they do a great job.  The jury's still out but I'm not totally negative and hope to be positive.One difference in cost between SunRocket and Packet8 is that SunRocket included all the taxes and fees in their up-front annual bill while Packet8 dings you monthly in addition to the annual bill.  A small annoyance but still not totally unreasonable.