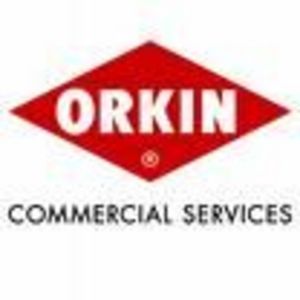 I found the exterminator to be very good at his job. No more fleas and wood bees. Other company I used couldn't get rid of either.

I hired them to get rid of fleas.They've been out three times and cannot get rid of them.They told me I have a "super flea" that is beyond their realm.However they want me to sign up for more services.Neither of my pets go outside.One pet has diabetes and the other is allergic to grass.I am rehabbing an eighty year old home, and have taken my lawn out.There is no furniture in the home,except for a daybed.The infestation began in my garage.I have flea traps that show me where the fleas actually live.There's no carpet.On top of all this I broke my ankle and told Orkin since I'm immobile I cannot just leave my home at this time.

I had this service for 9 months paying over $400 and nothing helped my renter....sad about the waste of money. Renter had a one time treatment from another company and finally results for house bugs.

I seriously wonder if the 5 people that reviewed this company with 4 - 5 stars are employees or family members of employees. My experience with this company was shockingly awful! I only wished I had read the reviews before I called them. It was labor day weekend we were moving my daughter and her family of 6, dog and cat into a 3000 sq ft country home. While unpacking my daughter noticed the dog was scratching uncontrollably. Lo and behold her dog was covered with fleas. The house was infested with FLEAS! I as the Grandma was thinking I am going to come to the rescue and call the BEST exterminator.....boy was I wrong. Because it was Saturday and Monday was labor day the very nice/sweet lady who was full of empathy for the situation scheduled the treatment for Tuesday between 8-12. The rest of the weekend was awful there were fleas everywhere; shelves in closets, counter tops, floors, table tops in the children's hair, and even washed off of my daughters hair in the shower. Well Orkin never showed up Tuesday AM so of course I called and was connected to the "local" office. I was told that they would not be able to treat the house until Friday and that the lady who I spoke with on weekend should not have promised a day....she was only weekend on call, not the local office. Went downhill from there: Lying about the technician having to wear special clothes and a respirator when treating because product was so toxic. No special nothing was worn, my daughter watched from outside. Finally treating the home 10 days after the original phone call.....and fleas were still abundant. We were told it was because my daughter was not vacuuming daily(she was!!) I don't have room to tell the rest of the story. After three weeks of trying to get Orkin to do the job correctly. My daughter called the local exterminator; for 2/3rd the price, job was done in one easy....correctly done treatment. RUN do not walk away from Orkin! Don't be like me read reviews!

After nearly six years with Orkin, I am cancelling my service. The last year and a half, the service has been so bad that they have had to come out and re-treat every single month when they should only have to come out once every three months. I have discussed this with the assistant manager of the Denver office, Mark, and when I told him I was thiniking of cancelling my service with Orkin, he said "fine". It is sad that my loyalty as a customer is not appreciated.

I have been an Orkin customer for 6 years, great customer service and my tech has great knowledge of pest and very personable could not be happier with Orkin. I recommend their service to all my friends thank you for keeping my home bug free

We had a problem with ants, not only on the property but they also began invading my children's bedroom. The service rep came out and did a walk around the house and then stated that he couldn't figure out how the ants were getting in the house. We asked him to spray the bedroom and he stated he'd do that and then a perimeter spray. To be fair, our ant problem did improve, but the service rep NEVER did an under-house inspection - which my husband requested... he simply said, "I don't think I need to go under the house". We also complained of spider issues, which were never addressed (I think they may have been resolved with an under-house inspection, like my husband requested). The problem with Orkin is that the service rep will show up at your house unannounced, without an appointment, and even if you're not home, or even if they don't treat the home, it counts as a service call. I had a five minute talk with the service rep at my front door - he didn't treat the home - and they charged me $124.84 for it. I collected specimens of a strange small bug that began infesting our home and called to have the rep pick them up for identification (he told me to do this, even though he observed the bugs on two previous occasions), and he never responded. I tried to contact him on five separate days to collect the specimens and got no response, I had to wait until our "regularly scheduled appointment" two months later for him to take the samples with him. He never contacted me regarding what the bugs were, and I honestly don't think he even tried to identify them. Lesson learned, Orkin will show up when they want, and do what they want, and not necessarily what you need... and they will charge you anyway, even if they don't do anything. We cancelled our Orkin contract and are still getting harassing phone calls about the "outstanding service ticket" in which I accrued a $124.84 charge for talking to him on the front porch and telling him not to serve our home and that we were cancelling service. If you live in WA state - do yourself, your sanity, and your bank account a favor... stay far away from Orkin Pest Control.

I moved into a home that was infested with roaches. Never needed pest control before so I figured any exterminator is just as good as the next right? Wrong !!! I called some one truck old guy and he tried for about 2 months and nothing hes best advice to me was to move. I then called Terminex, what a joke. the guy they sent out was rude and wouldn't stop sweating all over my floors. Then after 4 months I called Orkin. Although the sales person I spoke with was pushy and kinda sarcastic the service was perfect. That gentleman they sent to me was so friendly, he didnt treat me like I was a horrible dirty person. He explained to me what he was going to do, what I needed to do and what to expect from Orkin and from him. Within 6 weeks they were basically gone. He had given me his cell number and told me if there was anything I needed I could call and he would take care of it. He was very professional and easy on the eyes too

I have been a long standing Orkin pest control client. Not once during that time have we been able to schedule an inside treatment. I personally think that is the goal. The usual scenario is to call late on Sunday night to schedule Monday morning. Unless there is a stay at home member of the household Orkin knows that will not work. Trying to work with this company in the Charlotte, NC area is just so frustrating. I have finally given up and canceled service.

Charged me for services not performed and I still haven't gotten a refund 3 weeks after calling them. They make appointments and fail to show up and never call back to make a new appointment. They make promises and never ever keep them. I will never recommend Orkin in Dayton, Ohio to anyone!