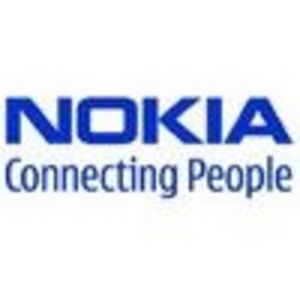 I have been using my Nokia cell phone for over two years now. Before this one, I  also had a Nokia. I have tried other cell phones but none ever got the reception that a Nokia gets. I get reception where many people don't, when using their make of cell phones. I even get reception in elevators!  My cell phone carrier is AT&T. I have never used another as I have always liked their plans. I love the free nights and weekends, as that is when I do most of my calling anyway.  I did purchase my Nokia cell phone through ATT, but a Nokia cell phone can be purchased at many different locations. the Nokia cell phone I am using now also has a camera, which is great for those spur of the moment events you have and never seem to have a camera. I can then download the picture and print it if I need to.  My Nokia also has blue tooth and that is great, too. I can set many different ring tones and all of my family members and some of my friends all have their own distinct ringtone. This way, I know who is calling, and sometimes, (and I am ashamed to say this), when a certain ringtone comes through, and I know I don't want to hear one more story about Aunt Sally's surgery, or hear from one sister what horrid thing the other sister did, then, I just don't answer.  That brings us to the voice mail feature. That is always nice to have, too. I don't know what I would do without it. It really comes in handy if you are on the other line or just plain busy. Sometimes we can't always jump up and answer when a  phone rings. This way you can weed through your voice mails and answer them in the order of their importance to you.  The text feature is an absolute must for me! For some strange reason, my kids would rather text to me than talk to me. Maybe so they won't have to hear me yell at them or something. I am not really sure why. Personally, I would rather just talk to them and get all of the whining and pleading out of the way, but apparently, they do not see it that way.  Texting does come in really handy, though, if you are in a meeting and somebody has something to say that is really important and that may affect the meeting that you are in. In the line of business that I am in, I have had this happen several times. Sometimes this could be a deal saver or deal maker.  Also, since most people can not have phone calls at work, it is nice to able to text them and they can read the text when they have the time. This is especially nice if you need them to run an errand for you when they get off work. It comes in really handy then.  I have got to say I have checked out many other brands of cell phones. The Nokia cell phone seems to me to be the easiest one of all the cell phones to navigate through. It seems to me to be simlified where it is so easy to find the different features without having to go to one thing and find that what you are looking for is not there and then back out of it and go to another. That is just way too time consuming for me. Sometimes you just don't have the time to sit and go through all of those programs.  Another thing I like about the Nokia cell phone is that it comes in so many different colors and styles. There are the plain basic ones and then there are the really cute hep ones. My daughter has a Nokia slider cell phone and she loves it. She goes for all the fancy colors and things that I really don't care about. It really does not make that much difference to me what it looks like as long as it is a Nokia cell phone.  I am just about due to purchase a new Nokia cell phone. Like I mentioned earlier on, I have had the same Nokia cell phone for the past two years. I have dropped it many many times. I have even dropped it out of my car on more than one occasion. My dog has gotten ahold of it and run through the house with it and hid it from me. He has done such a good job of hiding it from me that I have had to call the cell phone in order to locate it!  My Nokia cell phone has a broken front piece on the upper front panel.. It has a crack in the side of it. It has chew marks all over it from where my dog got hold of it  The glass front cover has a big crack on it. it has been through a lot and it still serves me well! In spite of all the dings, scratches, dog teeth marks, and broken lens it still works like a brand new one.  For these reasons I will never have any brand of cell phone other than a Nokia. They have fantastic signals, they hold up well, and they are built tough. My brand of cell phone will always be Nokia!