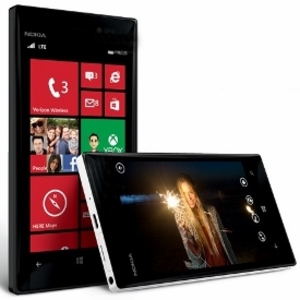 When it was time to upgrade my phone, I thought I would get an iPhone just like everyone else. I looked at iPhones and a few Androids (which is what I have had in the past), but nothing was really wowing me. The salesman asked if I had ever thought of a Windows phone, and showed me the Nokia Lumia 928. (I'm a Verizon customer.) The size is nice - not too big but all screen, and it doesn't weigh a lot. The screen resolution is amazing. Call clarity is just as good as any others I've used. The three things that set the Lumia apart are camera quality, the Windows way of doing things, and battery life. First, the camera quality: this takes the best low light pictures I've ever seen. It's only an 8.7mp camera, but they have this thing called PureView which makes the pictures so clear no matter what light level you're dealing with, a real bonus if you like to take nature shots. Second, the way Windows phones do it - they have these things called tiles, which are squares on the home screen that you can personalize to have exactly what you want where you want it. Make them little, make them big, take out what you don't want, make them look the way you want them to. It's pretty cool. Far more interactive and user friendly than anything I've ever used before. Now, the cherry on top, battery life - holy schmoley, this phone lasts forever. Well, forever if forever was almost two days with light use. My last phone had the worst battery ever, maybe six hours with light use. I was always tied to a charger cord. This one is incredible. It charges in only a couple of hours from completely dead, and with light use (checking email occasionally, texting a little, making a few calls, etc.), it lasted nearly 40 hours. Unreal! Now, you may be asking yourself why I only gave it an 8. Well, there is one issue that knocks it down. The screen locks up every once in a while, rendering the phone completely useless. No biggie, you say? Just turn it off and it will reboot? Yeah, you need the screen to turn it off. Then just take the battery out? Nope, it has a non-removable battery. I had to wait until the phone died before it would reboot itself and all would be right with the world. I almost returned the phone, but finally found a chat site that showed me how to reboot manually (hold the volume and unlock buttons down until it shuts down), and now if it happens I can fix it. Other than that, it's a pretty awesome phone, and I do recommend it. Please note - since its a Windows phone, there aren't as many apps for it as iPhone and Android. If you are a serious app user, you may want to take that into consideration. Battery Life best battery life I have ever had! Display/Screen Quality Beautiful clarity and colors Call Quality as good as I've ever had Ease of Use Once you get the hang of it, it's awesome. Just remember that it is unlike any phone you've ever used, the Window's system is very foreign to the iPhone and Android customer. Durability seems to be good, but I'm not too rough on phones Design Nice and thin, candy bar style, light weight, simple design

The Nokia Lumia has an amazing, AMAZING camera. The flash and quality of pixels are beautiful. For any future photographer, to any memory saving dream girl, the Nokia Lumia is the perfect phone for any lover of picture-taking. The Battery Life for the phone is alright, it lasts all day and then some. I charge mine at night while I sleep, so it never dies on me. The Apps are all that can be found with the other brands. My favorite part? Being able to write-on-the-go with Microsoft Office and have it on my computer too, through the cloud! Such a nifty little app for writers alike. I recommend this phone for all.