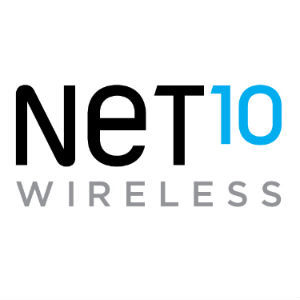 Save the hassle and go with a different provider. The customer service is some of the worst i've ever dealt with. I bought the $35 plan and couldn't get it to work on my phone. I tried calling and asking for a refund only to be told that I couldn't get refunded because of the plan I bought. Very sneaky policies. More of a money grabbing scheme than a real company. BE CAREFUL

Reception is great affordable if you buy the right plan. What happens when you ask someone working at the store if the Card will work with your phone and they tell you yes and the $25 card doesn't work only the $40 one will work with your phone. The car says no refund so you call Net 10 and they won't refund or even give credit towards purchasing the correct card. This happened with the purchase of a $35 card and just recently a $25 card. Technical support you can't understand they talk fast and are foreigners. No more chances are it Net 10 for me they ripped me off twice now wouldn't even attempt to resolve problem.

I purchased a Samsung smartphone from this company with an extended replacement plan, My wife's phone broke almost a month ago, They made her send her phone in before they would replace it, after waiting and waiting I contacted their customer service several times which is apparently located somewhere in India, they were very rude, I could hardly understand the representative due to such a thick accent. After telling me she would receive her replacement by the end of the week (It didn't show) I called back and was told they don't have a phone to replace hers so they cancelled the order! When I told them their website shows my wife's phone in stock, the lady told me "Just because it says it's in stock on the website, doesn't mean it is" My wife has to have her phone for work so, I'm buying her a phone from a different company.

I've had Net-10 for 5 years and the phone service itself is fantastic! I get coverage everywhere and never drop a call. The customer service could always be better, but overall I've had a great experience. In addition, they have a variety of phone service plans that don't break the bank. If you choose to use an automatic withdraw every month, you will save an addition $5.00 each month, which is an added bonus.

I wish negative stars/negative ratings were available. This is a horrible company with terrible customer service. I have had service with them for over a year but they still deny that they have service in my area. I keep having sims card issues and each time I have to deal with them they keep me on the phone with repeat trouble shooting questions that get nowhere and I waste hours not just 1 hr but multiple hours begging for a replacement sims card. They continually refuse to replace the cheap $0.99 sims card. This company would rather lose business than replace a defective sims card. Wow! Today was the last straw, no more. I am 1 of 7 who has issues but they refuse to correct my issues so I am taking all 7 family members and leaving Net10. They don't care, they refuse to rectify and they still owe me 2 months service that I paid for when I initiated service.

My brother has a phone with Net 10 Wireless. As far as the product goes, the phone itself worked fine. He did, however, have an issue with his service. His phone could receive and make phone calls and he could send text messages, but he could not receive them. He had called Net 10 Wireless Customer Service himself to try to resolve the issue himself. He had relayed to me that they told him that "they couldn't help him if he couldn't follow instructions" or something along those lines. To be fair, it is possible that he was getting an attitude with them, though I wasn't present and could not honestly say. I then called Net 10 Wireless myself to try to fix his phone. The woman on the phone was nice enough and I know she was just doing her job, so I don't blame her per say. After being on the phone with her for approximately 20 minutes following all of her Troubleshooting instructions, she asked me to go on hold for 2-3 minutes while she contacted a "Higher Department". I said okay and waited until she came back on the line to tell me that she is "still waiting for the Higher Department to answer her call. Please hold for another 2-3 minutes for me to get through". This happened seven times- I kept a tally. So I was put on hold for a total of 20 minutes, give or take after Troubleshooting for 20 minutes with no avail. When she came back on the line after the seventh time being put on hold I asked to speak to a manager. She then told me that there was no one else to talk to. I asked if when she gets through to the "Higher Department" I could speak to them about how ridiculous it is that no one could even get a hold of them. She then told me that the so-called "Higher Department" is not able to help me with my complaint. I asked if there was anyone I could speak to and she said no. Well, that was a waste of 5 minutes. I was put on hold again several times. Eventually, our problem was resolved; however, the fact that I was UNABLE to speak to a manager is beyond ludicrous.

I have been a net10 coustomer for a couple of years. I decided to upgrade to a new phone. As being a female and having to talk to a female for help. I was treated with nothing but a hostile conversation. It took me several phone calls and nothing but the same treatment every time I had to talk to a female. It was getting very late and decide to try again in the morning. At last I was talking to a male who was very helpful and got me thorugh the process.I don't know what country the call goes to but it's CLEAR the women HATE Americans.

Their cell phone service it the worst available. We constantly lost service due to their inability to put us on a monthly autimatic payment account. Last month they forced us to take a new phone - they lost over 47,000 minutes we had accrued over the years.

I had it once when I needed a prepaid phone. The phone and reception were good and then- The phone company got screwed up in 5 or so years. It was too expensive as a prepaid service. I had to pay each month and the new plans came up. You got android phones and mess with $40 unlimited and mess. I got a tracfone and, BAM same thing!