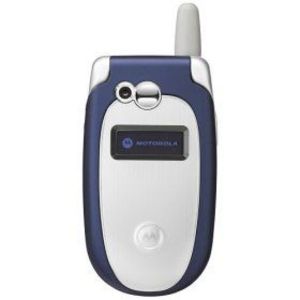 The phone is great because you can mass-text people with writing one message and sending it to as many people as you want. There are "better" versions of motorola that do not do this function. I text frequently and it saves me time. The battery life is short and i have gone through two phones in two years but as you see i am not careful with my phone in regards to protection of its face, buttons, etc.

***Bottom-Line***: The negatives are not enough to dissuade me from recommending the **V400** **Camera Phone** from Motorola, but I am not shouting it praises to the masses either.         ** **    I have owned any number of cell phones over the years, my last being a *Motorola V400* camera phone, which I, ahem, ran over with my car.  It was a complete loss of course, not that I am mourning the demise of my troubled *Motorola V400* camera phone.  Thank goodness I had insurance on the phone, so I had a replacement in hand within two days.  But luckily for me the V400 is out of production and I received as my replacement a new **Motorola V551** **GSM Video/Camera Phone with Bluetooth. **     **The Phone   ** I have been a loyal Motorola cell phone buyer since my first cell phone some seven years ago.  This despite the fact that I used to work for Motorola and was laid off by the company; I just can't seem to pull myself a way from their phones.  But after having owned the **V400** **Camera Phone** for just a short while, I am ready to try something new.  The **V551** **GSM Video/Camera Phone** is very similar in size, shape functionality and styling to the *V400* it replaced.  The **V551** **GSM Video/Camera Phone** utilizes *Global System for Mobile Communications*** (**GSM) Cellular technology and uses four bands to transmit and receive; 850/900/1800/1900.Some like and dislikes: I like that I can store multiple numbers under the same persons name, but I hate the fact that the address book makes you queue in a separate entry for each one, instead of having multiple number lines under the same name.  I like the fact that I can call someone via voice-activated dialing, but I hate the fact that it rarely works, and sometimes calls the wrong number (how does that happen?).  I like the fact that the phone has a standard headphone jack, but I hate the sound quality; I can't seem to find a mediocre headset to use with the phone, let alone *the* perfect set.  What is a man to do?           **Speakerphone **The built-in speakerphone on the **V551** **GSM Video/Camera Phone** leaves a lot to be desired.  The actual speaker is located on the back of the unit and is of fair size, but the sound quality is fair to poor on most calls I have conducted.  And while it does give you a hands-free capability, there is a short 3-5 second delay to activate after you place a call, and then you have to push the quick-access *Speaker* button under the word on the screen.  In that time you could miss vital information.  And if you are required to enter a number into the phone before you activate the speaker, you will no longer be able to do so because the quick-access button selection would have changed to *Store* because you pushed a number!     **Voice-dial** Another love-hate relationship.  Let's all hear it for hands-free voice-dial, when it works.  Each address entry can be programmed with a voice-dial signature.  That signature can then be used to dial that person's number by pushing a button on the side of the **V551** **GSM Video/Camera Phone.**  You are allowed two tries.  This would a great thing, if it worked as advertised, which 50% of the time it does not.  Yes, I have reprogrammed the numbers, still the same performance, so more often then not, I just dial the person's number. **Bluetooth** I am happy to report that it works. **Battery Life** I am by no means a power talker, meaning I do not spend hours and hours talking on the phone; I just don't have the time.  So despite the fact that I leave my phone on 24/7, I have never even come close to exhausting the battery.  Does this make me an a-typical users?  Probably, and therefore I am not the best person to speak to the battery life of the **V551** **GSM Video/Camera Phone.**  I do know that when I need to make a call, I can. **Reception** When signal strength is strong, I have no problems placing and or receiving calls on the **V551** **GSM Video/Camera Phone.**  The earpiece is loud and clear, and the other party has no problems hearing me.  However, within the city of *Chicago* I have noticed splotchy service and tenuous reception depending on where I am.  And when signal strength drops markedly, maintaining a call is a problem.  In all fairness to the phone, this is probably due more the service then it does the phone. **My Viewpoint ** Overall my love hate relationship with the **V551** **GSM Video/Camera Phone** has cured me of my buy Motorola syndrome.  When it comes time to purchase a new phone is two years time, I will give other brands serious consideration.  After all Bluetooth is finally beginning to take off making the sharing of information between computer and cell phone less problematic.  But the negatives are not enough to dissuade me from recommending the **V551** **GSM Video/Camera Phone** from *Motorola*, but I am not shouting it praises to the masses either.         ** **

This was the best cell phone I ever owned!  Sadly it is now "out of date" and I have since upgraded (to touch screen, full keyboard, upgraded camera, etc.) but if someone comes across one and is not very tech savvy and is just looking for a basic phone to make calls with, grab it!!!!  I used this phone for years and overall was a huge fan.  At one point I even upgraded my phone and ended up going back to this one because I could not stand all the issues the new one had (Unfortunately I do not even remember the name of the phone I upgraded to).  This phone was simple and easy to use but had great quality.  I had clear calls that rarely dropped and if they did it was due to an extended time on a non service location.  I also dropped this phone over and over and it kept trucking.  The first week I got it I dropped it on concrete and it bounced and rolled and of course I freaked out but it had one little knick and worked like a charm.  Like I said before I know this phone is now "out of date" but if someone wants an older basic phone this would be a great option!

When I choose a cell phone I use to always look to Motorola to be the most reliable....not the case with the V551. I purchased this phone as an upgrade through what was Cingular at the time now AT&T. Numerous problems started happening the closer the got to the end of the 2-year agreement like the speaker in the phone was starting to go out to where I could hear the person I was calling but they couldn't hear me what so ever and it would drop my calls, of which I never had a problem with since day one, in areas it never did before just to name a couple of things. Aside from my little issue, my boyfriend also had the same problem with his Razor phone. I've had everything from an LG to a Sony-Erickson and none of these problems have ever arose to the point where I was glad I had an upgrade option to fall back on and since havingthese problems with our Motorola's neither one of us have ever thought to buy another. I do not recommend this, or any other Motorola to anyone.