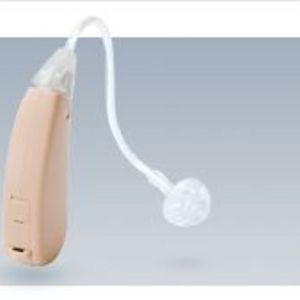 We sunk a bunch of money on these hearing aids for my partner. The miracle ear was everywhere, the TV, the net, and in newspapers, but more than that it was advertised for a long time. So we thought ok, it stood the test of time, if it works half as well as it says, it's better than what he can hear now. Better a few hundred, then the thousands we found out it was going to cost. So we bought it. It squealed right off the bat, instructions say turn it down. Then it only squealed when he talked, every time he talked. Using the phone the thing screamed, any phone too. I called and was so nicely helped, pampered and reassure. In the end, after a few more calls to them, being patient as instructed, the refund time had ended. We were stuck with our "amplifier" as the woman explains, "it amplifies and doesn't take the place of hearing aids." So he wears them, as much as he is able, and shows up at his hearing test with them in. We never did get them to quiet down, the ear piece is uncomfortable, but not to worry they have drops and strips to buy to fix that. These amplifiers, advertised as hearing aids, the Doc says, is the reason his hearing loss jumped dramaticly. When he stopped using them, the damage also stopped. Nothing will undo the damage done to your hearing. Don't bother with these...