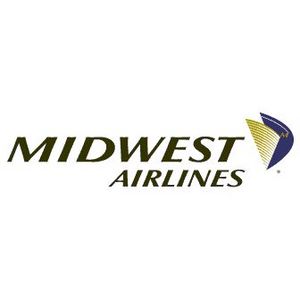 Living in the Midwest (Chicago), I have used this airline quite a few times. If you were stuck in a jam, if other carriers weren't flying, if flights were delayed, or if you simply wanted to avoid getting stuck and taking a one way flight, non-stop, this airline carrier was decent, and offered rates lower than major carriers. Although their jets are smaller, seats aren't as comfortable, and they do not offer many amenities on board, the fact that they were cheaper and offered non-stop flights around the Midwest, was a major draw for me. However, as of recent years (the past 1.5 years or so), I have had issues with them. I have found they cut back on flights to certain minor outlying cities, flights are constantly overbooked, and rates have jumped. Yet, they have not improved on in flight amenities, or the quality of their planes. If they can get back to basic service for lower pricing, I would consider flying with them again. But, if they keep up with the same service, and increased rates (Still a few dollars cheaper than you pay with other major carriers) I would advise flying with a major carrier, simply for the comfort and flight availability.

Being from the Midwest, we have flown on this little commuter plane on numerous occasion. They offer competitive prices, good service and they gets you from point A to B. I normally try to do some work on these flights but it is almost always a bigger challenge than I am up to. The recent flight that I have been on are not full so moving to different seats is usually not a problem. Service Starting with booking a reservation and ending with a flight, the staff is usually courteous and helpful. Normally on time -they can deplane, fill with fuel, do a quick clean up and be in the air quicker than I could possibly imagine. The only negative is that the planes are rather on the small side and the seats can seem rather small and if you happen to have long legs, or weight a few extra pounds, comfort might not be a part of your flight In-Flight Accommodations These small aircraft don't normally offer drinks or snacks to passengers but on some they now have a attendant and offer soda and such. Some even offer cookies which shocked me. I normally just grab a bottle of water in the airport prior to boarding. There is not such thing as a bargain fare with these commuter flights. You just pay the price. The purpose of these aircraft is to move people from point A to point B with as little problems as possible. Most of the flights that I have been on are not full and once everyone is seated you can normally spread out a little.

I have loved the Midwest airlines way of flying since I moved to Milwaukee 14yrs ago. if the price is close to that of a competitor I fly Midwest. plus you get a fresh baked choacolate Chip cookie when you fly.

I had to make an unplanned trip at Thanksgiving because of a death in my family. I was told to try Midwest. This was on Sunday morning and I had a flight out the next morning with a return flight scheduled for the following Monday. I thought one week would be long enough.The service wasn't planned until after I arrived and was for the following Tuesday. Midwest 's Customer Service bent over backwards to change my flight information at no cost. The $100  fees were waived.  You can not beat that for service.  From now on I will go through them first.

Their planes are comfortable, service is good, food is reasonably priced for what you get, cookies!, business class amenities at coach prices.  If the route permits, this is the only airline I fly.  The only down side is that because they are not large, they don't get priorty into some airports.

Just an excellent carrier. I have flown many times and they are almost always on time and have fantastic service. And who can resist cookies?  I am moving to Austin, Texas from the Kansas City area and am thrilled that they have a direct route from those two cities, at a price usually less that Southwest.  I think Southwest is also an good carrier,but I do enjoy the larger seat and more legroom that I get with Midwet.

Have had only great experiences with Midwest.  They have a deep commitment to service and seem to genuinely care about customers - a rarity these days.  The seats are all business class and they still bake chocolate chip cookies onboard.  I was worried about AirTran's attempted purchase, and was relieved that they will remain independent.  Hopefully the new ownership firm will not change this gem.  My only wish for Midwest Air is that they would fly to Eau Claire, WI!

(LaGuardia-Milwaukee-LaGuardia) I was very concerned about flying Midwest due to the terrible reviews recently, but was very surprised. I flew them 2 years ago and loved the service and it was still the same this time. The flights were operated by Republic Airways, but with Midwest jets and there were no issues there. The service was great, I got the free chocolate chip cookes on the return flight, which was a huge plus because they are so good. Both flights were on time and landed early. The planes were clean and very well kept. I would still recommend them to anyone based on what I saw this weekend.

Bad experience with midwest at Washington DC airport. Their staff there dont know how to help their customers and are VERY rude (especially the woman with name tag 02-11, yodit). Midwest needs to do a better job to train their front desk staff since that is the window they show to the customers their service. For me, it is not worth it to fly them to save a few bucks.