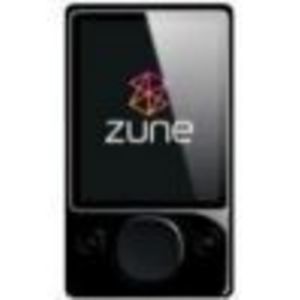 The zune is a very durable design made to handle every day life. It is excellent at holding up to just about anything your day is throwing at it. Working out, studying, relaxing, whatever I am doing, I do it with my zune. The memory is near impossible to fill up in a hurry, and the sound.. amazing! Very heavy duty, and has many of useful features. The image quality is also as good as the sound. Great graphics on games and videos. I highly recommend the zune to any one who does more than nothing in life and that wants the world of music at their finger tips. Long lasting and as awesome as the name! Sound Quality a whole lotta punch for one little package! Performance Excellent performance! Never had a problem yet! Very reliable. Battery Life considering the perfection that comes withen this device, the battery life is surprisingly great. Durability great heavy duty design

This was my first mp3 player and for the price I paid I was definitely not disappointed. Everyone I knew had an iPod and during that time being the hipster that I was, I decided to get a Zune instead. Along with the Zune, I purchased some midrange earphones and I must say the audio quality was fantastic. The sound profile settings (acoustic, jazz, etc.), even though it gave the sound some coloration, made my music much more fun to listen to. The Zune's menu is very easy to use and the build quality is superb. This is absolutely one of the best investments I have ever made. Zune mp3 players are no longer in production but if they decided to make a comeback you can be sure I will in line early get my hands on one. Sound Quality The sound signature my Zune player provides is very fun and engaging to listen to. Performance The features my Zune provides is great. I cannot ask for more. Battery Life The battery life is fantastic. There are instances where I listen to music to sleep, literally. The next morning, I see that my Zune is still going strong and there is more battery life to spare. Durability The build quality is first rate. Ease of Use The menu is very intuitive. Design The Zune is very sleek and I have no issues showing it off to my friends.

I bought this product in June 2009, to replace a previous multimedia product (a Creative Zen MicroPhoto 8GB player). I liked the fact that it had the features that I needed (multiple music formats. radio, and photos), then loved the fact that it also supported videos, WiFi, and more. I had the choice of this or the closest match, which was an iPod, and I chose this. It cost ALOT less, and gave me alot more. Of course, there are several downsides, but I've really enjoyed it (and still do). The only problem I ever had was when the hard drive died, and when that happened, I bought a new replacement and had a local technician install it -- good as new! I also bought extra accessories that allow me to connect it to my TV and/or stereo for watching video and listening to stereo; it's like a portable home theater! Sound Quality The sound and music quality are superb; the only issue I have ever had is in trying to get the video up to higher volumes, but that has more to do with the original show's volume than it does with the Zune. Performance For what you get (large, bright, colorful screen) and a hard drive, the battery lasts a VERY long time. It has built-in circuity (as so all devices, nowadays) for conservation, but I've never had it lockup or die. Battery Life As previously mentioned, I've never had an issue with the battery life, and have always been impressed with how long it lasts (based on what the device offers). Something that I find (pleasantly!) odd is that USUALLY battery performance decreases over time, but I've never noticed that with mine. Durability I'm happy to say that I took my Zune120GB with me on my trip from Chicago, IL to Burmingham, AL via Greyhound, for a 10-day stay. Needless to say, there were many bumps along the way, but the Zune didn't even hiccup. Ease of Use Like any new (to me) device, the new interface too a little getting used to. But, after I used it for awhile, it was pretty straightforward. One of the MAJOR issues I (and MANY others) have is that you cannot simply transfer files (music, pictures, video, etc) to it using Windows Explorer, or even Windows Media Player - you MUST use the Zune-specific software. Although I consider that a BIG gripe, it does its thang very nicely, so it's more of a grumble than anything else. Design I LOVE the sleek, black case with the rounded edges and the wheel. I think if I had my choice, I'd prefer that its display screen be matte (instead of glossy), but I that would probably dampen the brightness of the display, which I don't want.

The Zune 120gb at the time of release was unparalleled in terms of storage to price ratio, being considerably cheaper than the iPod of the same kind. This is what drove me to want it, thought ultimately it was a birthday gift. Being the huge music junkie that I am, the 120gb capacity is wonderful. The player itself is good and the interface is easy to use, although if you're used to iPod interfaces you might have to change gears. I had a couple of problems with duplicated albums while syncing but those were fixed by wiping the player and resyncing every song. Not really an inconvenience as you could leave it syncing over night. The player does not have an equalizer, which has always bothered me because I prefer +bass. The biggest problem I had with mine is the fact that the lithium ion battery only lasted a year and a half. The player will not respond at all nor will it charge. Microsoft wants 159.99 to replace it, but you can get much much cheaper battery kits online. Besides that major failure, the player is a great product.

Zune 120GB I got my first Zune (30GB) about 2 years ago and had a big problem...not enough space! Luckily, I recenlty acquired a Zune 120. First of all, the firmware is the same for all the Zune versions which thankfully meant I didn't have to unistall or move music files. The screen is also bigger which is great for watching movies or podcasts. The device is thinner too which when you're using the armband at the gym makes a difference. But my main attraction to the Zune is the sound quality. It's awesome! Ialso decided to forgo the included earbuds and use my Bose in-ear headphones for the best listening experience. The Zune also has some fun features such as FM radio (again can be beneficial in the gym) and the capability of sending songs to other Zune users within a 30 foot radius). Also if you like games, Zune added 5 games including Hexic, Sudoku and Space Battle (of which I am hopelessly addicted). I love this device and wouldn't trade it for anything.

so it's not an ipod, woo hoo. but that doesn't mean it's better or worse. here are the specs: - Connect to your home wireless network and remotely sync your Zune device with your PC collection from your dock, AC adapter, or speaker dock accessory - 120 GB capacity for up to 30,000 songs, 25,000 photos, or 375 hours of video - 3.2-inch color LCD with 320 x 240 pixel display resolution Zune pass is cool, but i never use it. my screen is currently cracked, but i'm sure that it is my fault. moreover, i think it's a good device. pretty simple to use but not much customization. just a very straightfroward mp3 player that works exactly how it promises with little problems. i listen to songs on my zune and that's it.

I loved the capacity of it, The screen was crystal clear, enjoy the games, the movies, and the music, It lasted a good while til one day it crashed, i restored it to factory settings but was unable to sync the music back onto it. Lost All 2000 music and 3 movies...I never gotten my wireless to work but it was a lot of fun. Hopefully zune will come out with a touch screen 120G soon.

I own a same version of zune mp3 player but a 60gb one. I like the way they designed the player. They come with high quality sound effects with stereo type ear phones. The best thing is their features. They are wifi enabled to do some social networking. can be used to find near by places depending on the interest. Very feasible to handle the whole stuff. The music can be transferred between the players using wifi network. Battery life is impressive and on top of all the sound quality is unbeatable in its class. The only con I can think of is the zune software. It could have been done much better. When it comes to these softwares all of them are little complicated. so as itunes. Rather I would prefer simple plug in and load the songs just like a flash drive. Its not really an easy thing to install software in every machine from where or to where the songs need to be moved. On the whole I prefer zune to ipod.

The zune is a great mp3 player it has apps radio a marketplace pictures videos music and more all avalible on it. The zunes market place is easy to use all you do is buy the songs then you can update them on your computor. You can also visit the market place straight from your zune. But for this to work you will need to instal the zune website one your pc this will explain its self when you download it. You also can update it and control everything through that site. The FM radio on it isnt the greatest but its not ment for radio so it doesnt bother most people. The apps on it are limited unless you get the zune touch HD which i recremend but on the normal zune you can get about 5 games that are still pretty fun. The screen is big so movies are nice on it. And pictures look so clear. The zune has 80 GBs of memory so have fun and download what you want because you got room. I personally own this product and also the zune HD touch and both are great but the touch is funner

I got my 120 gb Zune a year ago as a Christmas present and it is fantastic. I've dropped it a lot, accidents happen, and it hasn't gotten damaged. These are literally bricks. If you're an ipod person, you're right that the ipod has a cooler interface, but the zune software BLOWS apple's out of the water. It has a great battery life. One time I was on a five hour drive and forgot to charge my zune, so the battery was only half of its capacity. I watched an hour long movie, then my battery was in the red, so I decided to listen to music until my battery died. The drive lasted an hour longer than it was supposed to, due to the icy conditions on the road and I listened to music for the rest of the drive without my battery dying. Needless to say, but I was amazed. The only thing that no longer works on my zune is the lock button, which has happened before, but I've managed to fix that by removing the swich and messing around with it. I'll probably be a zune person for the rest of my life. Hope this helps!