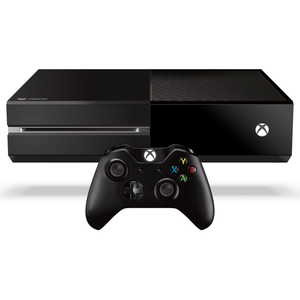 We have had a gaming system in our home since the first Nintendo. This by far has been the most comprehensive machine. We watch movies, listen to music, as well as play games. It is always on doing something in our home. I also love that I can control it from an app on my phone and computer if the kids are on it too long or not listening I can literally shut it off from anywhere in the house.

The XBOX one is a very good console for its performance,specs,and game selection

I use this product on basically an everyday basis. When I am not playing a game on the console, I use it for my viewing enjoyment with Netflix and Hulu. The game selection is pretty good as well. They have something for everyone. Also, they have a new service out right now that you pay $9.99 a month and you get 100s of games to play. It's so much fun.

We use our Xbox for gaming, listening to music, watching movies and so much more. This game console offers so much, all the apps that are on it are very useful!

I use this product nearly every day, from games to Netflix to Pandora and groove music. It's a awesome device that really connects all of my accounts.

I have been a "gamer" since I was young. I have owned multiple consoles. The Xbox one is the console I use most. Great games, ease of use, excellent online service! The only con about the console is to play online you have to buy Xbox live. The service is 60 dollars a year.

The Xbox One is a very good gaming system. This system is really built for entertainment. It has Skype to talk with with friends, live TV and faster ways to play your games. On the Xbox One you must install games instead of the reader reading the games. They put this so your reader won't mess up over a long period of time. Your system will last longer for your entertainment and your other features you enjoy. There also many exclusives you will enjoy such as Dead Rising 3, Titanfall, dying light and one of the best selling games on Xbox, Halo 5 Gaurdians. If you love the exclusives and the entertainment I strongly recommend for you to get the Xbox One

I am overall satisfied with my Xbox One. The exclusive games are amazing. The Kinect works amazingly well. I love using the voice commands to control my xbox one. The Xbox One is my main machine I use for gaming, media, and even interaction with others. Graphics Quality The graphics look amazing. There are certain games that looks on pair with PC games. Game Variety There are a large variety of games. There are sports games, action games, puzzle games, shooters, and more. Controller Comfort The controller is a big improvement from the xbox 360. The new rumble motors work great with the games that take advantage of it. The triggers feel a lot better and easier to use. Ease of Use There is a little learning curve but once you get past that it is very simple to use. The Kinect voice commands make it very easy to navigate and control the xbox one. Durability I try to take care of my things so I never have to check its durability but so far it works flawlessly.

I have always been a huge gamer, even continuing into parenting with three kids. With the newest slew of systems that have come out in the past year, I've done a lot of research as to which is best for me in my situation. The conclusion that I've come to really does boil down to what you want your game console for. I have three younger children, and if the vast majority of the gaming came only from them, then the Wii U would likely be my best bet...it currently has the largest library (and likely will continue to have for some time) of child friendly games. Likewise, if the system was 100% for me, the PS4 would have been the best bet. It is a bit more powerful out of the systems, and is oriented almost completely as a gaming machine. But for me it is about a mix of all of these things, and which is best for a FAMILY. While many people don't care for Kinect, it promises to provide unique gaming experiences that my children will love, and personally I really like the Kinect Fitness, which is free (although I believe that they need to flush out complete BeachBody workout routines, even if they need to charge customers for that). With the media center capabilities of the XBox One, the more "hardcore" gaming experience than you can find in the Wii U, this was the system for me. Graphics Quality While not quite as good as a PS4, and clearly not what a PC can give you, the visuals are still stunning compared to last gen consoles, and will only get better as programmers move away from multi-generational games. Remember, many of the games that are out right now are built for XBox 360 and PS3...with a slightly candy coated graphics wrapping. Game Variety It's very early in the life cycle...and currently there just aren't that many games out, which is a big detractor to getting ANY new console within the first year. Controller Comfort It's a good controller...but not as comfortable as the XBox 360 controller was. The bumper buttons in particular just feel a little bit awkward using. Ease of Use It is mostly just plug and play, with a few exceptions. For those wanting to use voice commands with television, it does a pretty good job with most channels, however things like Disney Jr are not recognized, and my local NBC channel for some reason shoots off to an alternate NBC station through DirecTV that I don't even get. Sometimes it will also pick up voice commands that you don't want it to, which can drastically deteriorate your experience. Gesture controls also need some work. Overall, it's honestly a pretty cool setup, but Microsoft has some work cut out for them to streamline everything. Durability No console is fully "durable" in it's most basic sense. However, as long as you are using it properly, this is as durable as any console that I've had (so far). That being said, I've only had it for about a month, so I'll update if I have any issues. Initially, the only issue that I had was with the system kicking my screen to a black screen, where everything outside of visuals was still working. This would require a reboot of the system to make everything work. Turned out it was a software glitch that was fixed in the system update at the beginning of this month, after which I have yet to experience the issue again.