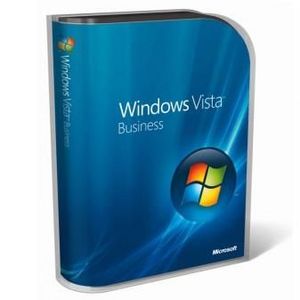 Microsoft Vista is a decent operating system, however it has major drawbacks that make Windows XP Pro a much better OS.  First off, there is far too much required, just to install and run Vista.  This means that most people who want to run it will either need to update their harware (if they know how) or buy a new PC, both of which can be very expensive to do.  Secondly, the graphics that they use are well nice, but completely unnecessary.  Sure it makes it look good, but what about actual functionality.  That went right out the window faster than Gates could spell "Apple".  I would stick with Windows XP Pro for as long as you can, to avoid the extra costs of actually upgrading your PC and then being stuck with a sub par Operating System.

Upgraded from XP.  On a domain, no user accounts were transferred.  No network shares or printers as well.  Be careful.  Nice look on an LCD monitor.  So much user security built in, that it took me hours to disable every message about "are you sure you want to do this".

Windows Vista is absolutely horrible, it's slower than XP, buggier than XP, takes up way more hard drive space, and has to ask you permission every time you launch a non-microsoft program.  Stick with XP!!!

Upon starting a new job my laptop had Vista loaded and from there my problems began. I have spend hours on the phone with software companies that I had used on my other Windows XP Professional system because Vista security was so tight. I would caution new users to wait a little while longer before purchasing vista to allow the system to be refined further.

*Full disclosure:  I worked for Microsoft from 1992 to 1996.  I love the company and have used their products for 15+ years.  I have spent whole weeks of my life learning how to use every nook and crany of the Windows and Office Suite. * =================================================================== With that said, on to my review..... I know a lot of ink has been spilled about Windows Vista and most of it has been negative. Nonetheless, when I ordered my new Dell desktop a month ago, I requested Windows Vista Business be pre-installed.  Thus far I would say that it is better than Windows XP but still has some issues.  **The Good** The first thing I will say is that visually, Windows Vista is more appealing.  The colors are softer, richer and corners smoother and just overall cooler looking.  The way folders are displayed within windows is more animated and engaging.  (They show mini copies of some of the documents within the folder so you get a glimpse of file type, and even images and words in the docs).  Probably the biggest plus for me is that search seems to be vastly improved.  It is faster and well integrated into applications like Outlook 2007.   **The Bad** Believe it or not, the system locked up and displayed error messages THE FIRST TIME I TURNED IT ON!  Apparently there was some conflict between Windows Sidebar and Google's Desktop application.   I am still not sure what the issue is and have not taken the time to figure it out.  The system has frozen up on me probably once a week since I got it.  However, to give Microsoft some credit, freezing up has not lead to re-boots.  If you do the three finger salute (ctrl-alt-del) you can choose Task Manager and cancel the app, which in Windows Vista actually seems to work.   I suspect that the conflict between Microsoft Sidebar and Google Desktop was due to Dell's lack of testing.  For the record I totally agree with all the articles written as of late that PC manufacturers are doing a huge disservice to their customers buy including all the unrequested "junk ware"  with new PCs.  As the picture shows above, the Sidebar is a nice little feature, but probably not worth the upgrade.   **The Ugly (and Uglier)** What has really disappointed me and frankly stunned me is how many applications still don't work with WIndows Vista.  I use Quickbooks 2006.  They were smart enough to e-mail me months ago and tell me I would need to buy Quickbooks 2007 if I wanted to use it with Vista.  Although I think that charging me for their problems is ridiculous, at least they gave me a heads up.  I recently purchased Adobe's Captivate.  After a few frustrating hours I called tech support.  Apparently they don't support Windows Vista and don't know when they will.  I also use Salesforce.com's Outlook synch application.  That too still does not work with Outloook 2007.  Likewise I use GoTo Meeting for online meetings.  It required some tweaking and loss of functionality to get it to work at all.  If I had not kept my laptop with Windows XP and Outlook 2003, I would have been dead in the water.  This makes me furious at not just Microsoft for getting their partners to be ready for the launch, but it really makes me mad at the software vendors who think they can turn their nose at people who upgrade to Vista.  It should have been their time to shine and instead not only didn't they have a solution, but most of the support people at these companies didn't even seem to know anything about their compatibility with Windows Vista. So here is my bottom line.  If you are getting a new PC, only get WIndows Vista if your applications are fully compatible.  However, if they are, don't even think about getting Windows XP on a new machine.  Windows Vista is a better, more reliable, and more visually appealing operating system. Don't take modern hardware and pair it with a 5 year old operating system. Of course, if price is not an issue and application compatibility is not an issue, get a Mac ">) Update:  If I can add one more humorous aside.  I wanted to find the exact name of this version so I went into Windows Help and Support thinking it would be there.  I click on a friendly looking icon called "What's New".  Of course, what does it say? "Topic Not Found".  Enough said? http://www.microsoft.com/windows/products/windowsvista/editions/business/default.mspx