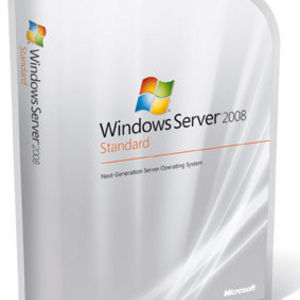 ***Bottom Line:***** **If your business needs or wants to (lightly) launch itself into the x64-bit computing revolution, **Windows Server 2008, Server Core might **be your platform of choice.  In the spring of 2008 Microsoft finally released the long awaited successor to highly stable, but aging Network Operating System (NOS), *Windows 2003*.  The new NOS long referred to as *Longhorn* is officially tagged by Microsoft as **Windows 2008,** and shares an OS kernel with the much maligned *Windows Vista* and is a NOS that wears a number of dresses; ***Windows Server 2008 Server Core***** **is the most basic. What is ***Server Core***?  Well an administrator can install **Windows 2008** with or without the well-worn Windows GUI, and that is a radical departure from what came before.  In it's stripped down ***Server Core*** version, **Windows 2008 **utilizes the *Microsoft Powershell* command-line interface (think *Exchange 2007*) to manage all aspects of the NOS.  Yes folks this is MS-DOS on steroids and in color.  **The 411 on Server Core** So what's the point? ***Server Core*** functionality is more than a nod to* UNIX *and* Linux* administrators; it is an attempt by Microsoft to make ***Windows 2008*** more powerful, less cumbersome, and less hardware intensive.  And oh yes, ***Server Core*** is designed to reduce the surface area of the NOS, thus limiting security threats.  Unlike previous version of Windows all ancillary applications such as *DNS, DHCP, AD, WINS, IIS, Cluster Services*, etc. are installed as needed.  ***Windows Server 2008 ******Server Core*** supports just nine roles:  - o *Active Directory Domain Services (AD DS)* - o *Active Directory Lightweight Directory Services (AD LDS)* - o *DHCP Server* - o *DNS Server* - o *File Services* - o *Print Services* - o *Streaming Media Services * - o *Internet Information Services (IIS)* - o *Windows Virtualization * These are compare to the 18 roles in the full (Standard edition) server with GUI. Because ***Windows Server 2008**** **Server Core*** is still Windows Server, all of the familiar GUI-based management tools will still work fine when utilizing an RDP session with a ***Server Core*** server; these include anything that use Microsoft Management Console (MMC).   What will not work is anything that requires a true GUI or .NET Framework, since Server Core is installed sans these advanced GUI underpinnings. Unfortunately some key **Windows Server 2008** functionality will not work remotely, including Internet Information Service 7.0 (IIS 7.0) ASP.NET, and some of the new Windows management interfaces that require .NET Framework.  For this reason I recommend using ***Windows Server 2008**** **Server Core*** only for **Server 2008** servers that will be used for ADS, DNS, WINS, DHCP, Virtualization, or some other simple one function service; domain controller anyone?  The downsides of ***Windows Server 2008**** **Server Core ***will be obvious to any long time Windows server administrator.***  *** For any Windows Administrator used to the ease of the GUI, ***Server Core*** will present a steep learning curve, so be prepared; you will have to learn PowerShell inside and out.  Type one letter wrong in a 100 character command string and be prepared to well, curse aloud! ***Windows Server 2008 ******Server Core*** comes in *Standard, Enterprise and Datacenter* editions for 32-Bit and x64 platforms. The Enterprise Server Core will, allow you to utilize more processor and memory support, as well as clustering. Datacenter brings to the table the Datacenter hardware program and 99.999% reliability SLA.  Also ***Server Core*** only requires 1GB of hard drive space compare to 2GB with the GUI. **My Viewpoint ** This review can only begin to touch on the broad spectrum of enhancements Microsoft has brought to bear with **Windows 2008, **even **Server Core**.  The server product family launches the NOS firmly into the x64-bit arena and acknowledges the coming virtualization revolution with *Hyper-V*. ***Windows Server 2008**** **Server Core ***is easy to install and configure, and brings so much more functionality and so many changes that serious consideration will have to be given as to how best to deploy it.  **Note:** Once ***Server Core*** is installed on a given server there is no upgrading it to *Standard*, or any other edition of *Windows 2008*.    A firm understanding of the NOS is needed in order to optimize what amounts to a very impressive release, bringing on-line a raft of new security features, Powershell-based scripting and administration, x64-bit computing, enhanced disaster recovery functionality, virtualization, and a whole lot more.