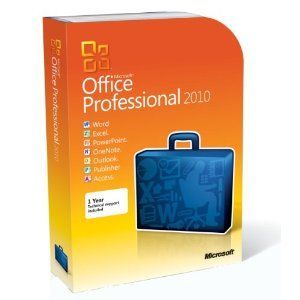 I have been using office 2010 professional for 6 months now.  While its not a bad software suite, I dont really see the need to upgrade from 2007.  I use Office on a regular basis, but outside of a few new bells and whistles, I dont see a reason to upgrade.  One nice feature with office 2010 was the ability to format pictures more efficiently in presentations and word documents.  Im still not a huge fan of the tabbed interface of office 2007+, but im starting to get used to it.  There seems to be more internet related features with the Office Suite such as the ability to give power point presentations through the internet.  I dont know how many people use these features, but I dont.  Outlook also has a few more minor features for searching and if youre a part of a company, you can now see everyones faces.  This all depends on how your IT department has it set up though.  Overall, theres nothing wrong with Office 2010, but unless youre getting it at a very cheap price, its not worth the upgrade.

***Bottom-Line:*** Though the improvements to ***Office Professional Plus 2010*** are solid, they are minute... and for the casual user an upgrade to the suite probably does not make much sense. Late last year I received an email from Microsoft inviting me to download *Microsoft Office 2010 Technical Preview*, which included ***Microsoft Office Professional Plus 2010***.  Needless to say I jumped at the chance to be one of the first to work with the newest MS Office release.  So, I have been working with *Microsoft Office 2010* for the last seven or so months on three different computer platforms all running *Windows 7 Enterprise Edition*.  I use *Microsoft* *Outlook 2010** ***and *Word 2010* almost every day; they are almost always open on my desktop; they are the first applications I open in the morning and one of the last I close in the evening, so I am very familiar with the applications and their functionality.  In addition, I routinely use *Excel 2010, InfoPath 2010,* and *Publisher 2010,* so I have more than just passing knowledge of those applications as well. I can report that this new version of MS Office is not quite the sea-change from *Office 2007*.  Indeed most of the changes have been under the hood so-to-speak with the only perceptible visual change popping up in the Ribbon Bar that is now a part of *Outlook 2010* and useful tweaks to the Office button.     While *Office 2007* was just a major facelift of the *Microsoft* *Office Suite*, including the now (in)famous ribbon  bar, move to an XML based file structure across the suites' applications-and the resulting file extension changes-and the major cosmetic changes, **Office 2010 **is more like a Service Pack release.  What I have seen and experienced thus far would not make me recommend an upgrade to the suite.  I installed the full release version of **Office Professional Plus 2010 **suite on one workstation (*Dell Optiplex 960*), and one Laptop (*Dell Latitude 6500 series*) both running *Windows 7 64-Bit Enterprise Edition*.  Both computers have Intel Quad-Core processors, and both far exceed the minimum hardware requirements set forth by Microsoft. **So What Else Is New...?** 1. ***Built-in Screen Capture Tool:*** both Word and PowerPoint have been given the *"Screenshot"* feature under *'Insert'* section of the ribbon bar. The tool caches screen shots of the currently open window(s) for one-click insert. 2. ***Protected Mode: ***Every time you download and open a document from a hyperlink *Word 2010* will open said document in a *'Protected mode.'* In this mode you cannot edit the document unless you click on the *Edit* tab. ***3.   ******New Smart Art Templates*** ***4.   ******Better Message Threading (Outlook)*** ***5.   ******Broadcast Presentations To Clients (PowerPoint): ***Now you can broadcast your presentation(s) by sending the recipient/ client a URL.  This feature works in conjunction with *Office Live Workspaces*. *6.    **Backstage View:*** Clicking on the Office button brings up a plethora of information about documents and common tasks one can perform, such as opening, printing, organizing, and saving documents.    ***7.   ******Record Slideshows As Videos (PowerPoint)*** ***8.   ******Author Permissions:*** the *'Protect Document'* option under *'Review'* ribbon bar in has now been renamed to *'Restrict Editing'* & a new tab titled *'Block Authors'* has been added.  This is a useful tool when sharing documents over the Internet or a collaboration tool like *SharePoint*.  ***•9.   ******Options Under the Office Button: ***changes include quick access to permissions, and document meta-data under document info. With **Office 2010** you now have the option of saving your document to a SharePoint location as well, which for those that use *SharePoint* will prove an invaluable tool. ***•10.******New Printing Options: ***clicking *'Print'* under the Office*** ***button displays a plethora of new printing options, print preview, including printer selection, number of copies, what you want to print, as well as all of the other setting normally found under the properties menu selection. **Conclusion** Though the improvements to ***Office Professional Plus 2010*** are solid, they are minute in comparison to the changes Microsoft made from *Office 2003* to *Office 2007*.  And for the casual user an upgrade to the suite probably does not make much sense.  However, for business users who might get the suite of applications with their Enterprise CAL, and also use collaboration tools like *SharePoint*, an upgrade might make sense.