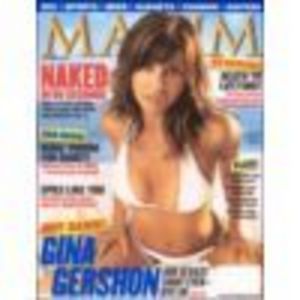 This magazine use to be one of the best. Now it's about bs glamour and thinks people don't want to buy or can't. There are plenty of other magazines that offer that nonsense. I wish the other magazines that were like Maxim were still sold here in the US and not just in Europe. They should fire the ceo and the editors who change the magazine's format. It's more of a woman's magazine than a men's. At least change the name and let it be remember for its former glory.

50 y/o male. Day 1 subscriber. High income, married, 2 kids. The new GQ / Escquire look and content is horrible. The old Playboy with clothes format work 100% I could not wait to get the publication and read it cover to cover. I just skimmed through March 16 edition in 5 minutes read and liked nothing. Wealthy adults like sophomoric humor. If I wanted a fashion magazine there are plenty to chose from. Sardar Biglari you screwed the pooch and made this trash your ego. Hopefully you better understand your Steak and Shake customer and don't think of yourself as a gourmet burger.

wow what was maxim thinking. from garage humor to gay gentlemen monthly is quite a difference. after 10 years subscribing never aaagain

I've read Maxim Magazine a few times just out of curiosity. What I found with Maxim was that it's a lot more classy of a magazine than Hustler, Playboy, etc. If anything, this magazine appeals more to women. If you're looking for a raunchy magazine, this is not it. This is a tastefully done magazine with a few decent journalism entries. I would recommend it but don't expect to find anything too scandalous in it!

Have been an avid reader/collector of this magazine for a while. As I said in the title, when I first got into this magazine it was nearly double the size it is today. Understandably so, with an ever changing business world, I guess I just miss the old version. The same goes for society and really just things that you write about in a magazine, it really makes sense to focus on a number of things specifically to create a better product all around. The celebrity interviews and features are and always have been enjoyable, I would like to see more reader interaction though. A few more pages of fan mail and couple pages of jokes/stories, a better interactive experience all around. Regardless of any 'issues' I may have, it is a definite go to in any office or bookstore.

This is an overall mens magazine.  It has everything from workout and health tips.  To hot women and anything else you can think of.  I contains material on working out, to eating healthy, to how to pick up that hot chick at the bar.  I would highly recommend this magazine to anyone who want extra advice on women and health issues.

This magazine rocks! its the only mag I can read every word of! I love the pictures and the jokes. They also have great articles with tips and tracks!Most people think this is a guys magazine but I am a woman and I love it!! Shock your man buy bringing home a Maxim! Go get your free suscription NOW!

***Bottom-Line***: **Maxim** magazine amounts to little more than a shopping catalog with a few journalistically questionable articles, with a plethora of young women posing in soft-soft porn spreads thrown.   Is it me, or has there been a literal explosion of men's magazines in the last five years, all catering to the same subset of men; namely 20 something's whose taste in literature clothes, toys, and women seem the weigh towards the extreme?  First there was **Maxim** (the subject of this review), then *FHM, Gear, Stuff* (from the publishers of Maxim), and the newest, *Blender* (also from the publishers of Maxim), which touts itself as "*The Ultimate Music Magazine,"* as if *Rolling Stone* didn't have that label sown deep into the blood-red letting of its flowing script! All of these magazines have one thing in common (well okay several), they all feature pictures of the latest "girl thing" on their glossy covers in some skimpy attire and offer the reader a soft, soft porn photo spread of her and others inside the cover, along with several meaningless (stupid, moronic, insulting, tasteless, vapid) articles, and a truck load of advertisements!  I leafed through my first edition of Maxim magazine about a three years ago, at my ex-brother-in-laws apartment.  It was in and among the other garbage that carpeted his music studio floor, and it caught my eye because it had the sexy half clothed picture of someone or other on the cover, and being a "red-blooded American male," that I am, I could resist a peak.  What I found was less than impressive and after about ten minutes of hype and little substance I discarded the magazine. One of the issues I still have floating around (September 2004)'s cover features the cutesy, sexy pose of *Jamie-Lynn Sigler*, who portrays *Meadow Soprano* on HBO's **The Soprano's**.  And somewhere buried within the cavernous (did I mention this magazine is thick), pages of the magazine lies her seven page (interrupted by ads of course), spread.  The pictorial itself is nothing much to look at; little chest flesh is shown, and no locks south of the navel is unmasked to show the true hair color of the damsel in distress you are supposed to fall in lust with.  So I wonder what the fuss is all about?  Perhaps it's the suggestive poses or the come-hither looks, or the slightly wet skin that together are supposed to induce young men to play Omar the Tent Maker, but for me the poses just fall flat. What about the articles you make ask?  Don't, you'd be better off.  In between ads, and the standard sections of your typical magazine, are pictures of people doing gross and or stupid, off the wall things like pulling a bloody tissue out of one's nose (huh?).  In the final analysis, I was right to toss the first edition of **Maxim** I ever read back onto the floor with the rest of the trash where I found it, and feel confident enough that I will be missing no great insights into the human condition when I toss this issue into the recycling pile.  The magazine amounts to little more than a shopping catalog with a few journalistically questionable articles, and a plethora of young women posing in soft-soft porn spreads thrown in an attempt to add interest, and legitimacy to a magazine the clearly fosters neither to non-Neanderthal thinking men like myself.

this magazine delivers eve candy for any straight guy on the planet.smokin' hot photos and some interesting articles make this mag good for a quick scan or 2.overall i find its mostly a tease for teenagers who aren t old enough to buy playboy.the articles are all about sex which is fine unless you want some varity(which i do).i also have to wonder about the cover selection at time,Avril Livine is not hot.overall pck it up when you get the chance but don t make a special trip to get it.