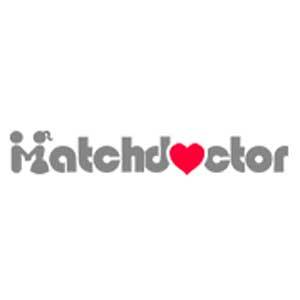 Simply the worst dating site on the web. Anonymity is not protected. Private emails are distributed. Moderators give contact information to stalkers, and members have had to seek police protection from unstable members. Ease of Use Easy to use. Customer Service Moderators are high school students who read and distribute private member emails, as well as private contact information to other members. Features Site crashes often. Very small membership.

Match Doctor is a Racist site. There were no guys in my area but there were fun things to do like blogs, forums and quizzes. The problem is, like others said you get banned for no reason and try to contact support AND abuse and nobody responds. I know they get the messages and messages by phone call but they are a$$ hol## and they don't care. It is after being banned after making one quiz which people seemed to love and making two blog comments and one blog post and an email... I realized I was the only black person I saw on the site. It's a shame they WANT to run their site this way. They should want to be like POF and want to be like other sites but instead they desire to be petty and useless. I can only think that if it was my site it would be making SO MUCH MONEY!! Whoever these gold members are, all I can say is that the Friend Finder network treats all members the same, you get banned for behaving badly - period. That's why they are FAT RICH. And with 24/7 customer service they know what they are doing. I never went back to match doctor. I won't go back and create a new profile if there is no customer service that contacts me within a reasonable time or no 24/7 phone line. Also, I was the only black person I saw in the week I was there and it's obvious they don't even want me there anyway. Why would someone even upgrade with a company that can't offer you that? It's a cult mentality.

Matchdoctor.com is the best free dating website I have come across. It has many great features, lots of members and it's all free!There are many things you can do on the site. You can take quizzes, blog, chat or post in the forums. It is a great singles community. I have made many freinds and even a couple of love connections.  I will say that is can be addicting so use with caution.