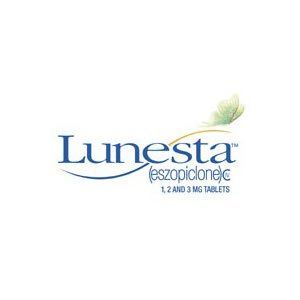 I really wasn't expecting much- but before I knew it, I was asleep. And only woke up once in the night. I haven't slept like that in a long time- because of overthinking. No bad dreams- but WOW, they aren't kidding about the awful taste that stays in your mouth- even after 2 meals and 2 teeth-brushings. I'm only going to take a couple times a week- so as not to get addicted.

I have trouble sleeping and asked my doctor for something to help me sleep. He perscribed lunesta. It works fine but I get a metalic taste in my mouth till mid morning of the next day. It works just fine if you can get past the taste. I fell asleep fast and could fall back to sleep if I happend to wake up during the night which was a blessing. When I got up to use the bathroom I was quite groggy and did have to hold on to the walls to keep from falling over, so I would suggest that if you do take this medication that you use the bathroom before turniging for the night.  If someone is perscribed this sleep aid I would ask for a sample before I paid for the full perscription to see if you have the side effects. I did also have headaches, but I have those anyway so I can not say if they were attributed to the Lunesta or not. I am now taking Ambion which takes longer to get to sleep but you do sleep sounder.

lunesta works for me as opposed to ambian. tried both. i have noted the several people have concerns about the bitter after taste of lunesta.. that only happens to me if i swallow the pill with out water. el yukko. however taken with water i have no after taste. none...nada... only moderate complaint with this sleep med as with other sleep meds is the real life dreams. sometimes nightmares, sometimes fun things. sweet dreams chris

I've had chronic insomnia for almost 3 months. All other meds stopped working, so I asked my doc for Lunesta, having seen the commercials. It worked great to put me to sleep for a full 8 hours, but when I woke up, I had a bitter taste in my mouth that lasted for 1/2 day. I kept taking it each night for a week because I needed the sleep, but by the end of the week, the morning bitter taste was horrible and lasted through two full days. I finally had to give the medicine up. The bitterness tasted like a combination of dirty socks and rusted metal. HORRIBLE! I am now stuck because I have no other meds currently to help me sleep, but I cannot stand the taste anymore. If you are one of the 40% or so who report a bad taste after taking Lunesta, do not continue the med. The taste will only get worse each night.

This put me right to sleep for first couple months but has not been able to keep me asleep. But let me say at first ambien and ambien cr worked also. It is like my body builds up an immunity to these pills. I wish something would keep me asleep for 8 hours

Lunesta really does help as far as helping sleep, however if I took it and stayed up for longer than 30 minutes I was wide awake all night so it's effectiveness can be overidden. It is fairly expensive and leaves a horrible metallic taste in your mouth that is hard to get rid of

This is a pretty good sleeping medicine,  The main problem is the aftertaste the next day, it is really annoying, but I've lost weight because I don't want to eat in the morning anymore so I guess that's a good thing.  I take this medicine a lot and it does help me fall asleep.

I was diagnosed with Lupus 5 years ago. I have had sleep problems all my life. When I don't sleep my lupus gets worse, and when my Lupus gets worse I can't sleep. That starts a snowball effect that sends me spinning out of control healthwise. My doctor first put me on ambien CR which worked for a little while and then I got used to it and it stopped working and he wanted to double the dose. My response was, then were do I go from there? I asked if I could try something else and he suggested Lunesta. I think it's great. I have been using it for 2 years now and the only side effect that I have had is a bad taste in my mouth about 20 mins after I take it, before I fall asleep. This is worth it to me for a good nights sleep. I wake up well rested every morning.

I have been plagued with insomnia for the past 20 years.  I tried this medication of the suggestion of my family doctor.  He felt that this medication would help me to fall asleep faster and eliminate some of the side effects I had with the other medications. What I did find after taking this medication was, yes I did fall asleep faster.  I was out lik a light in about thirty minutes.  However, what I did not relize was what was going on when I did fall asleep.  The medication does produce this metallic taste after taking it.  If you have ever put a penny in your mouth as a kid.  This is the taste you get.  Next, I swore that people were breaking into my house.  I was waking up calling 911 with reports of strange people in/out side my house.  I was seeing people in my shower coming after me.  There would be people at the foot of my bed at night, hands touching me on the leg, men hiding in my closet.  After about three weeks of calling the police, I had to stop taking this. When it gets so bad to where you wake up screaming at the top of your lungs, a 125 lb German Shephard laying on top of you, police having to wake you up and ask if you are ok.  What I was experiencing was night terrors.  My doctor laughed, then had to call the sheriff and tell them that I was having an adverse affect to the medicine. I will NEVER take this again.  At least the sheriff's department doesn't want me to.

I had taken every over the counter sleep aid I could find without success. I took them all in to my Doctor and showed him the large variety of sleep aids I had tried per his advice. Finally he wrote me a prescription for Ambien. I was so excited as I had heard what  great sleep you could attain with this drug.  My excitement didn't last long. It didn't work for me. On my next visit to the Doctor he gave me samples of Lunesta. Wow, this was the winner !!! I take Lunesta and go to sleep within the hour and stay asleep for hours. I think my body and mind HAS to get up for whatever reason after a few hours. But that is o.k. now because I go right back to sleep and sleep like I don't have a worry in the world. The Lunesta does seem to add to the severity of my thirst upon waking and causes a very unpleasant taste. If you are seriously sleep deprived these symptoms are not significant enough to prevent you from getting some sleep. I only take it a couple nights a week to prevent dependence. It's a good night sleep when I take !!!