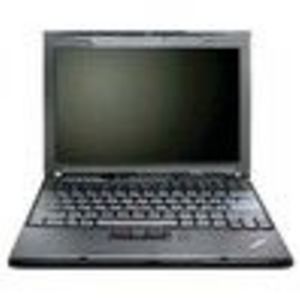 When I decided to buy a laptop for myself, there were something I care about: I hoped my laptop is small and thin enough for me to carry it out; at the same time, I expected the integral performance of the notebook is stable; in additional, as a female user, I hoped the laptop should not look too ugly; at last, I hoped that the battery could last longer. Condisering of all these features, I stared to look for my laptop among brands. After browsering on internet for a few days, I decided to buy the lenovo thinkpad X201I, and there was a big discount at lenovo during the Christmas day, so after several days I got my 201I. After used the computer for about 3 months, I think now I can say something about it. As one of the lenovo's classical series, this 201 has a high quality just as other thinkpad products.It has a good classical black appearance that make me felt very comfortable, also with the 12.1 screen, it is vary small and thin,so I can just put it in my handbag to take it out, and even though the laptop is so small,there are some shortcut keys and indicator lights to make your work more convenient. In the further place, the whole fuction ot the computer is very stable. However, there are still some defects of the 201 too. There is no no touchpad and the screen is too small to watch video ,such as movies, internet tv,if you staring at the screen for a long time, your eyes would feel so tired. In the second place, there is no CD-ROM drives in the laptop and this bring me some unconvience. At last, the battery won't last over 3 hours , this is much shorter than my expection. In a word, I think the 201 series can be more better in the future.