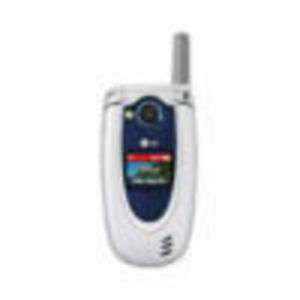 I get that this is the cheap-o option whenever you sign on for a new phone plan. But at the very least I shouldn't have to worry about my phone just shutting off completely whenever I close it (it's a flip phone).Plus the display screen has completely stopped working at one point. Instead of advancing my annual update and giving me a new phone while I was at the store, I had to wait for Verizon to ship me a new phone in 2-3 business days, then take the phone back to the store for all my contacts to be transferred.

LG Makes the best phones.  I have tried Motorola, Samsung and Nokia and nothing stands up to LG.  I don't think I could ever go with any other brand name unless an LG wasn't available.  They make very durable and reliable cell phones!  The only thing is that my VX5200 had run out of memory and the more I deleted it seemed the worse it got.  I finally had to delete everything except a few pictures and some contacts, but other than that, I'm very satisfied.

I've had a great experience with this phone. It's easy to use. I bought the protective cover to keep it looking good but occasionally take it off if I want a smaller phone. I have explored most features but not text messaging. All were easy to navigate and understand. I've gotten great reception through Verizon.

I have had the LG VX8700 for almost two years with almost no problems.  The battery still lasts as long as it did when I got it, I have dropped it multiple times with no problems. I only have two problems with it: 1. Its stainless steel (or it looks like it is) so it always has stupid fingerprints on it; and 2: The # key (space bar when texting) only works if you press it just right, which is annoying.  I would recommend this phone to anyone!

I have not had numerous cell phones, nor have I always been into the newest form of technology. I am someone who likes what they have and tends to keep things around for as long as possible. This is why I like this phone. I dropped my first phone on tile floor and it's screen cracked so I upgraded to a flip phone. My previous phone was great but I lost it, and this brings me to the LG-CU515. I asked the man at the AT&T counter which phone could stand up to potential drops and other things that normally happen to phones. He showed me this giant military looking phone and I quickly asked for something more suitable for civilians. He showed me this phone and it's been with me ever since. The sound quality is great and the speaker phone is really loud. If you're looking for a "smart phone", this isn't it. This a phone for someone who just needs a phone to talk/text with. I really like this phone because it easily fits into my wristlet or my back pocket and since it's a flip phone I won't damage it if I sit on it nor do I need to pay for some fancy case.

I've had this phone for about a year and a half, and although it's loaded with some decent functionality, if you basically want it to perform as a phone--and be able to hear it--you may be in for a disappointment.  My chief complaint, and it's a biggie, is the sound quality--voices are muffled, at best, in regular mode, and if you want to use the speaker (not in bluetooth mode) the louder you make it, (so you can hear it in a car for example), the more the sound quality deteriorates. I'll say this, though--the speaker is easy to access, with a button on the back, near the top hinge. Speaking of buttons, the PTT (Push to Talk) button is EXTREMELY inconveniently located, on the side above the volume control, where it will be inadvertently pushed quite often, and an annoying screen pops up asking if you want to initialize PTT--at an extra charge--which *OF COURSE* you don't. Also annoyingly, after you flip the phone open, any alert icons for calls you may have missed or that went into voicemail just disappear off the screen, although text message icons remain, so unless you check voicemail or missed messages constantly, you may never know about them--the ATT rep in the store couldn't help me fix that, btw. The one thing you *can't* seem to get rid of however, is the low battery alert beep, unless you turn the phone off--and that can get old pretty fast. I text rarely, but the buttons are large and easy enough to use. The screen is OK, battery life marginally OK--nowhere near as long as older generation phones, but I understand that has to do with it's being a 3G phone. Navigation is pretty intuitive, buttons are easily programmed for speed dial, etc. I haven't used the web browser or downloaded any apps or ringtones, so can't speak to those uses. It has a bunch of useful features--currency, world time, alarm, etc. for those who travel--and in fact, I chose this phone as it was only one of two free phones offered by my carrier that would function internationally. It performs well in Europe and Russia, but will not work in Japan. The camera is OK, and easy to use--haven't tried the video, however. I experience dropped calls occasionally, and to restore service, I almost always need to shut the phone off and turn it on again. The car charger works well, but is slow as molasses. I'm not a heavy or rough user, so it's still in good condition, but its shiny surface makes it hard to keep clean.  It's a serviceable and nice-looking entry-level phone with some extra features, which has already been surpassed by newer models--and I'm hoping one of them has better sound quality, as I'm tired of straining my ears to hear callers, and I'm waaaaay ready for an upgrade. Bottom line--over time, the phone's annoyances cumulatively far outweighed it's cute color and shape, and I have a laundry list of things I DON'T want in my next phone.

I mainly got this phone because I needed a new one and it is purple and semi-sparkly. It does text messages, it has an alarm, it has bluetooth which I only use to transfer ring tones I've created in Audacity to my phone. It has THE MOST ANNOYING BUTTON on the side, I'm always accidentally pushing it and then get asked, "Would you like to initiate Push to Talk?  Charges will Apply."  No, I don't want Push to Talk!  Stupid Button! The pre-loaded backgrounds are lame.  The camera is average. The phone has held up but it is certainly not indestructible.  It has quite a few dinks and dents. The front screen shows you text of who is calling but does not have any photo.  Which is fine for me, but some people find it annoying. Sometimes I lose text messages I am in the middle of writing when someone calls or I receive a new text. I find the phone is too long.  When it is flipped open it seems too big.  I enjoy compact phones, I like portability not lots of bells and whistles.  I wouldn't mind it being slightly smaller.  There doesn't seem to be a reason to have the extra bulk either.  It's not super bulky, but really I want ultra slim.

Service is truly dependent upon where you live.  If you don't live in an area with 3G coverage then choose another device.  However, if you do have 3G coverage then this is an average phone but nothing uber exciting.   The screen is a bit hard to see when you're outside and mine has a chip out of the hinge making it hard to close but that could be from me constantly putting it in my back pocket.

This is overall a very good basic phone.  The main reason we got it was for the speakerphone but unfortunately, we have had to get two other phone replacements because the speakerphone was defective.

**When I first signed up for At&t, the first phone that I had receive was the LG Cu515 flip phone. I ordered this certain phone because it seemed okay and it was free with my contract so I thought that it was a great offer. Well, when I first activated the phone, I realized that I had no service hardly any where I went. This made me extremely upset because I could barely used the phone. But, other than no service, the phone was okay. It had really loud volume and it was a very strong phone. I believe I dropped it tons of times and it never broke or had dents/scratches in it. The battery life is good on this phone, that is a plus. But, the screen is very touchy. If you are like me and love to wipe your screen off when there are fingerprints on it, do not press too hard on the screen! It is very sensitive. **Other than a few things, I would recommend this phone to woman who live in areas where there is full AT&T coverage. Do not get this phone if you live in a country setting where AT&T coverage is not that good.. because you may not ever get service!