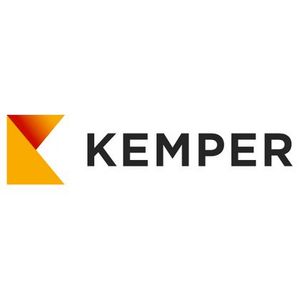 I have had Kemper for both home and auto for over 8 years. I also have a very high deductible. My roof was recently damaged during a heavy wind storm and Kemper only wanted to replace half my roof. The adjuster was a hired gun who's only loyalty was to Kemper. The claims agent, Chris Neronski, was an absolute jerk to both me and my roofer. Never allow an adjuster to come on your property without a contractor or roofer to represent you. Otherwise you will get bent over the way I did. This company is the textbook "recieve premiums/pay nothing" company that you hear about. Steer clear!!!!

I am an insurance agent (but I am not marketing so I won't mention where)...but if I go to the Kemper site, it directs me to an agent to get a quote. That agent is an independent agent that is not employed by Kemper. They are affiliated with multiple companies. The benefit of an agent is that we can offer great service and get to know you like a carrier can't really do. BUT, if someone is not answering the phone..that is an agent thing. If the insurance is dropped, you deserved a call from your agent. We are here to manage your account, and help the client have an excellent experience. We are not claim adjusters, so we cannot affect the outcome of a claim, but we can go to bat for the client. If someone is not letting the client know that they don't have insurance, if they can't get someone to answer the phone, if someone does not understand their coverages..those are due to a bad agent. Just make sure to put the blame where the blame is due. I give Kemper stars because to write a home policy there is a lot of "proving" that what we claim is true..like the age of the roof and we have to get a lot of documentation. That makes is more of a pain in the rear end. They are always amazing when I call (and answer the phone) and very helpful with all items I bring to them. They are not always the cheapest. They do have the best HOB in Texas though (as far as coverages). Anyway..my 2 cents

I've been a customer of Kemper Insurance for 6 years. I have never filed a claim and had no violations, but when I received my annual renewal yesterday I found they increased my auto insurance premium by 214%, it went from $2026 to $6359. I do not understand how they can justify such an increase for a customer that never cost them a penny and had no violations. My agent said they are seeing lots of this from them, and are having to re-quote all of their customers. It's a good thing though, because the agent has found me the same coverage at a substantially lower rate than what I've been paying Kemper. If you live in Tennessee I'd recommend finding a company other than Kemper.

Following a devastating house fire which killed my three Labradors, the Kemper adjuster arrived on the scene the next day. It took over a year to rebuild the house and replace all of the furnishings. Kemper always assisted me by providing the best advise and options in an extremely difficult situation. There were no surprises and no additional exceptions for payment. Other insurance companies may be cheaper and engage in expensive advertising, but Kemper provides the service that counts.

Kemper was very prompt in responding to our claim after a deer strike in March of 2013. They were easy to deal with and gave us a fair resolution to our claim. The people were friendly and courteous to deal with. The rates for our home and auto were decent enough for us to switch companies and they have not increased their rates too much over the last couple of years. I am pleased with my experience with Kemper.

I've been with Kemper Specialties for several years. They are by far the easiest and most hassle free insurance company I've ever dealt with. The prices are by far the cheapest I have found. I can honestly say that this is the very first insurance companies I've ever been with that I haven't had any problems with. Everything about them is very easy and no hassle at all. Customer Service From beginning to now, it has been a very pleasant experience. They don't try to give you the run around like most other insurance companies. Everyone that I have dealt with has been very pleasant and helpful. They go above and beyond to help you in any way that they can. Available Plans There are so many different plans to choose from and the prices are unbelievable and unbeatable. They definitely have the lowest prices around and you get the same amount of coverage as all of these other insurance companies with jacked up prices.

I have insured my autos and home with Kemper for the past 7 years. I've stayed with them so long because I didn't think that another insurance company could/would compete with Kempers policy rates. I was wrong. I have indeed found another company that is less expensive....and boy am I glad! Kemper has "The worst!"customer service I have ever come across in 40 years! Every time I'd call them, it was an answering machine EVERY single time (I probably called them a dozen times in 7 years). Out of the dozen times I called, someone (from who knows where in the world) called me back twice. So I had to call again, leave yet another message and hope that someone (anyone) would call me back. Please note that I never filed any claims with Kemper. I'm so happy that I'm canceling my Multi-policies with them...finally! Customer Service If you need to speak with an agent for any reason...Good luck! In my opinion and 7 year experience with Kemper I give them a big, fat 0 (zero) for customer service. Available Plans In my opinion, Kemper is "a cut-rate" insurance company.

I was hit by someone w/Kemper and they fled the scene. Got plate and now have to try and have them come clean and pay the damages. Will someone please return my call!! They sent me a letter asking me to contact them but I keep leaving messages. I was not at fault. The college student looking at her phone rolling through an intersection is! Customer Service They can't even write a letter w/o typos. Nobody returns calls.

My car was totaled by the insurance company. They sent person to inspect a car in two days from the accident after his report I got the money for repair in a week. Meantime mechanic shop told it will cost more. The company totaled the car and send me a part of the claim first. After I sent my documents to them they sent me the remaining amount within two days. Now in a month's time I bought another used car and replaced my old car with the "new" used car. I did not interfere in any part of this process except initiating the process by calling them after the incident. They have taken care of everything after that themselves. Very reliable, quick with reasonable price compared to my other insurance before.

I was screwed!!!! Had an accident, first in years. They "totalled" my perfectly fine Toyota w/under 60K miles and gave me $3,300. What? Who can get a replacement for this price and the quality of what I had???? This was not reasonable!! Then was vandalized w/the new car (tires slashed) which I didn't know (dark) and drove 2 blocks before losing control and running over a median. They marked this incident, not as a vandalism, but as a "roll over." What? Going 15 mph after the tires lost all air after they were slashed? Not exactly a hi-speed incident. (I'm closer to 60 than 20 thank you very much.) Then the nearly new car was in the shop over a month, but the agent went on vacation and blamed me for the delays in repair. The shop kept asking for authorization (from the agent) for repairs but he was MIA. In the meantime, I PAID over $1,300 in rental car fees (which they were supposed to cover as I had no vehicle) for a repair which should have taken a week (had they been on top of this), rather than for the 5 weeks it was in the shop. What a nightmare. They DID NOT refund my rental car costs and blamed me, saying that it was my responsibility to give authorization. What? I'm responsible for reporting the accident and taking it to a reputable dealer for repairs; YOU as the adjustor know whether it requires widgets A, B, C and D, but not E, and F. It is the adjustor who authorizes the repairs, not the customer (who doesn't know widget A from widget F!) As a consumer how on earth should I be responsible for that level of detail of automobile mechanics??? That is ridiculous. And as to how they handle home insurance .... don't get me started. This company is lame and I was with them for nearly 17 years w/out a claim. booooooo on you Kemper. You are losers. (Oh yes, and the agent did NOT stand up for me which s/he should have as s/he had been my agent since 1995. What? Is that considered customer service. I don't think so .....) Run as fast as you can from this company!!!! Think, between car insurance and home insurance over 17 years, I'd probably spent $25 to $30,000 with them and what did they give me? Headaches and nightmares. No one deserves to be treated this way!!! Signed, a 17 year customer, screwed royally by Kemper Customer Service TERRIBLE! Agent did not take charge. Adjustor was MIA for weeks (on vacation). Nightmare! Available Plans I should have received better care and service for what I paid over the years. Unforgiveable!