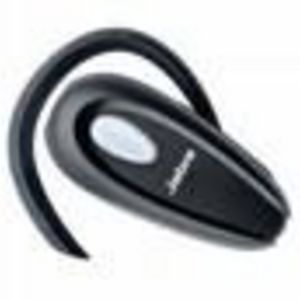 The Jabra BT125 is a nice compact Bluetooth headset.  It is easy to pair to your cell phone (I was able to connect it to 3 different phones, one to start, one that was an upgrade, and one other, my daughter's, so she could use it for a particular activity).  You can change the ear piece for left or right side wearing (not too hard to switch).  Sound quality is great and I have sometimes forgotten I even have it on my ear until later when I try to push my hair behind my ear or some other such activity as to alert me that it's there. :)**Features:**One-touch call, answer, and end callThree-way call ability as well as putting on holdBendable ear-hook - shapes to even the smallest ear (I love this feature - it beats all other's I've tried hands down)About 8 hours of talk timeBlue light lets people know you have it on (although some times people don't notice who should - accuse you of talking to yourself, LOL; and some notice because the light flashes on and off which can be annoying at night, LOL).Volume control is a rocker button, which is kind of small, but not too hard to adjustI have found the one touch call fairly reliable (fairly because background noise sometimes will affect it, if it's loud), but since I have my most frequently called numbers on auto dial - I often use that feature and just let it switch over automatically.  The answer is easy, just a push of the button, pause about one second to let the call connect and you can talk away.  If you are wearing the ear piece when your phone rings - it rings just before your phone does, but it's this annoying circus sounding ring, LOL, and it can't be changed (minor irritant).  Ending a call is just as easy, just press the button again, and you will hear a little beep indicating that the call has ended.  It also has a last number called feature, if you hold the button just a little longer than to start a call, it will automatically dial the last number called.I purchased and tried the Motorola Bluetooth, and while there were some features on it that I liked, I just couldn't get the ear piece to fit me.  I want something that I know is not going to slip off my ear at the turn of my head or when I bend over to pick-up something.  The Jabra does that - it stays put, on my ear, right where it belongs.  The ear piece is bendable and that is a real plus, you can adjust it to any size you need.The Jabra is not as easy to turn off or on as the Motorola but for the short amount of time that you actually turn on/off your earpiece it's a minor inconvenience that I can live with since I need the security of knowing that I will not be losing my ear piece due to flimsy or loose connection to my ear.If these items were corrected - it would be the most awesome. ‹(•¿•)›1. The ease of turning on/off (you have to hold it for what seems like a very long time until the light starts flashing)2. The funky non-changable ring tone (once you get used to it, it's not so bad, but it would be really nice if it could pick up the programed ring-tones of my phone for the "special" calls, the ones that I have changed the ring for a specific person)3. It doesn't have a universal size charge port, so I cannot use my existing car charger from between the phone and the ear piece (although I could between my phone and the Motorola).4. You have no way of knowing when it's getting low - it just sort-of quits on you (the Motorola has lights that change from green to yellow to red as it discharges - this would be a nice feature to see adapted in the Jabra).

This is my second bluetooth and this is not only economical but easy to use and charge. It is just as good as the more expensive one that my dog chewed up. The sound is the same as the other one and the manual is easy to understand for the electronically challenged as I am. The ear piece is more comfortable for my small ear than the first one and easier to adjust.  A good buy!

With my job, I'm in & out of my car all day long. I have to catch up on phone calls while I'm driving but want to do so as safely as possible. I used the earbuds until I got my Jabra Bluetooth- wow, what a difference. I hate "thingies" in my ears, but I can't even tell I'm wearing the Jabra. It is so comfortable that I actually came home one evening and forgot to take it off. I realized it when I tried to scratch my ear! I also like the small size as I don't want to look a phone operator who has forgotten to take of her headset! Even though it is small, the sound quality is great and there is a convenient button on the side of the earpiece where you can control  volume. The party on the other end can hear you clearly even though the device is not near your mouth. I don't recommend trying to talk outside with the wind blowing, however. It's very loud and annoying to the person you're talking to. If your phone is enabled, Jabra voice dials easily and again saves you from fiddling with your cell and being an unsafe driver. I have mastered the basics which are controlled by pushing the center of the earpiece, but "call hold" and "call switch" have been more difficult. The key to these functions is the amount of time you press the button and I usually end up accidently turning the headset off and losing my party. If you do a lot of talking while you drive or need to have your hands free for other tasks (like typing) I would strongly recommend the Jabra.