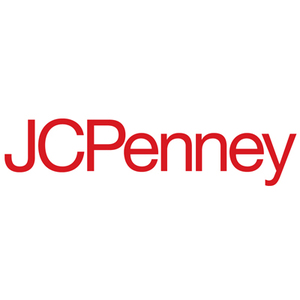 I ordered a bunch of shirts from JC Penny's website. They all came and looked nice, but one of them was too small. I called customer service to return them. First, I was told I had to pay to return them. Later, I called again, and I was told they would send a return label, for free, in 1 - 2 days. 4 days later, I called them again, because my label never arrived. That's when they started changing thier story about every 5 min. I quickly got tired of arguing with the so-called "Customer Service," so I called HQ. They kept hanging up on me! I doubt I will be able to return the small shirt. I guess JC Penny really wants me to dispute the charge with the bank, because that's the action they are forcing me to take.

Loved the shirt, so I bought the shorts too. They are low waisted and fit me great. They were on sale, free shipping and used a $10.00 coupon.

I love JcPenny's. You can get your hair done inside the store and find some really cute clothes, shoes, bedding, and jeans at JcPenny's. I absolutely love their denim jeans with the rhinestones on the back pockets. There are so many styles and brands to choose from. Shop either online or in the store. They also have a salon in their stores. You can shop and get your hair done at the same place, which is impressive and quiet convenient. I even have their rewards card. The rewards card pays me back for shopping my favorite styles and brands at JcPenney, it's a win win for me. When I can't make it inside the store, they make it so easy to quickly find what I am looking for with the refined searching. I can pick up a outfit complete with shoes and accessories at a affordable price!!!

Things may have changed since the last time I shopped on jcpenney.com but I found that while they have great quality items, there really wasn't much variety to choose from compared to what I would find in the store, at least when it came to certain categories on the site such as clothing. I also find that they can be a bit pricey, even on items that are supposedly on sale. A plus that I did love about the site though that it was easy to navigate and I didn't have a hard time searching the site. I do love shopping on their website, and at J.C. Penney period, for bedding items though as they are of great quality.

The worst customer/billing service ever.. Synchrony is the worst too. You pay 3 times a month and still you get reported to the credit bureau.....They should learn from Victoria Secret or other credit cards out there

Years long customer/cardholder JCPenney. Recent misunderstanding over $11.20 demonstrate to me JCP does not value me as a customer. Clearly this is not the average consumer/ family retailer as in previous years. I do not reccommend JCPenney, & absolutely avoid their card with Synchrony Bank.

As a retired senior living more that 40 miles from the nearest Penny store, I find that their on-line ordering is just the best. Even if you make a mistake in ordering, it doesn't make any difference. Penny will pay for the return and give you full credit so you can't loose. You can take advantage of any and all of the specials while in the comfort of home.

I placed an order and paid for it via paypal. Got confirmation from both JCPenney and Paypal. A week later got an email from Paypal that the transaction was not completed due to no response from JCPenney. Contacted JCPenney customer service and informed that the order was cancelled, due to no product....this after a week of the order initiated and completed per online documentation. The item was to arrive by end of this week initially and now have to find alternative for use this weekend. This is very poor product/sales management for online inventory/response. At this time I am no longer using PCPenney for purchases and asking to cease emails from them.

I placed an order with the Penney.com web site in late November to be delivered to the Penney store I designated. The expected delivery date was to be the first week of December. As January approaches the tracking record for this item has not moved off "pending shipment" since the initial order date. When I called the 800 number the customer rep. couldn't offer any additional information on what was happening and suggested I call the store. The store rep. had no more knowledge about the situation and tried to assure me it was in transit and was probably held up by the delivery carrier somewhere by bad weather. I pointed out that "pending shipment" means the order has yet to be shipped. It has been given to no carrier. A second call to the 800 phone rep. advised me to go to the store and talk to the manager to cancel the order and be given a refund. I can understand reasons for shipping delays for one reason or another. What I find frustrating is that no one in the Penney organization can tell me what's happened to the order or the reason for the delay. This the 2nd time I've used the online ordering and it will be the last.

I placed an order on 12/18 for a Christmas gift. Order clearly stated item would be delivered 12/21-12/24. Checked on it today (12/23) and the order hasn't even been received by UPS! Called the customer service line. They send orders to UPS via another delivery service...and only work weekdays. I reminded him that this is the Christmas season - didn't they work the last weekend prior to Christmas to get orders out - and he said no....Seriously - what retailer doesn't add extra hours and staff to meet Christmas needs. I will NEVER shop JC Penny again - not online or in a store...now I understand why your company is in financial trouble - you just don't care about the customer....