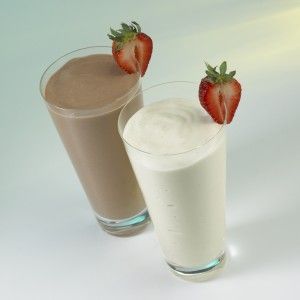 I started the product in hopes of losing weight and ended up being more hungry and gaining weight. I'm hypoglycemic and sensitive to sugar and dairy. I was reassured by their doctor that the whey protein was a good way to go despite my health issue. I would check with your doctor, if you have any issues. I can only speak of my own experiences, of course. I have a disability and I can't do cardio or lift weights. Well...if you can't exercise, whey i.e. dairy turns into sugar which turns into fat. I was left more hungry and with more weight than when I started. Lean proteins like eggs, fish, chicken and vegetables are a far better way to go. I even added greens to the shakes and started using one scoop only and adding a non-dairy liquid to get other kinds of protein and I was still left feeling hungry. If you choose to use whey, you can probably get it for less money at a store. Either is a far better option than being tied to an expensive, ineffective product that is nothing more than a pyramid scheme.

Excellent ingredients, the vanilla flavor tastes good (add a banana to improve the flavor if you need to!) and the shake keeps hunger away. Isagenix shakes can be purchased from a representative (you most likely know someone or someone you know does) or you can purchase online from Isagenix directly, or you can also buy from some other sizes like amazon.com. Be careful who you buy from, and make sure you check their seller ratings. They make other products like meal bars, snacks and cleanses. I only use the shakes, as a meal replacement, and I really like them. The shakes use excellent ingredients, plant based nutrition and dairy proteins. They use mainly whey proteins, plus sunflower and olive oils, and other fruits, vegetables, fibers, and vitamins and minerals. They list all ingredients, and they do not use high fructose corn syrup. Supposedly, they are GMO free.