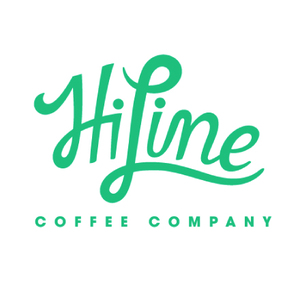 Hi Line is a favorite amongst my office coffee buddies for three main reasons: • The Customer service- We placed a bad order once (long story, too much coffee maybe one night, HA, but it was entirely our fault), we called them the next day to cancel and they were so accommodating and pleasant about the whole debacle that we decided to order more, even though we did not yet need it. • Assortment- Hi Line has the best assortment of brews that my buddies and I have yet to discover. Favorite one yet: Sotto medium roast. Lively, fruity and almost desert-like with excellent pick-me-up capabilities. • Price- This coffee is very affordable! Need I say more?

I have fallen in love with Hi Line brand coffee, for numerous reasons really, but most of all I love the variety. Hi Line has an exceptionally wide array of fantastic, unique and delicious flavor brews. I have been beyond satisfied with every one that I have tried (10 of the available 20- of which I have every intention of sampling). I am just so pleasantly surprised with each order that I keep trying different brews. My favorite so far is the Empire State. Just excellent. This is a full-bodied, medium roast with optimum flavor capacity, boasting hints of what I would call a blueberry nectar.

The Hi Line brand Liberty brew, which is a Lungo roast, is one of my most favorite coffees that I have ever tasted! There is something about the combination of floral, fruit and sweet creamy caramel that you get that I find to be borderline addictive! That is, in the best way possible! I absolutely love it. Every time that I order this brew it arrives incredibly fresh and fast. The consistency in the flavor is dead on so I know exactly what I am handing out whenever I share a cup of this with someone! I really do love this brew and this brand. Highly recommended to those in limbo over trying!

There are a few things worth mentioning, I believe, about why I am and have been so satisfied with the Hi Line brand of coffees. (1) Price- This coffee is nothing short of affordable. I find that it is of higher quality than that of which I buy at the market AND it is less expensive. Winning. (2) Flavor- I have tried many of the Hi Line brand coffees and have yet to be disappointed with a one! My favorite as of current is the Lungo roast Grand Central. Superb! The most delightful notes of fruit, caramel and a floral finish. Unique and delicious. (3) Freshness- Every time I receive a package of Hi Line the freshness factor has been just out of this world!

I have been on a search for a coffee that tastes great and gives me the boost of energy that I need to sustain my crazy morning routine. A coffee that does not make me crash by noon when it is safe to say that need the energy the most and also a coffee that I can sip on regularly throughout the day without concern of feeling like an over caffeinated blob come dinner time. A fellow mother told about the Hi Line brand, and I, in desperation, gave it a shot. I am so glad that I did. I just received the medium roast Fifth Ave, which is just utterly fantastic! I love that it has its own touch of creaminess that just naturally encompasses the mouth and thus I need not even add creamer (great for my waistline), then there is the inherent sweetness factor-just a touch of natural sweetness that is almost honey-like. This means that I need not add sweetener (which helps me to avoid the crash midday). All in all very happy with the purchase!

I ordered Times Square dark roast brew from Hi Line just before an expected visit from the in-laws. It arrived in perfect time (as they promised) and the product was nothing short of sensational. I ordered this particular brew because I was looking for something somewhat festive as this visit was around the holidays, so when I read "chocolate and sage" I without thought dropped it in my 'cart.' The brew was full bodied, fresh and the flavor was spectacular. Everyone loved it and insisted that I share where I found such an enjoyable coffee. Great job Hi Line, way to make me look good!

My husband bought for me the Hi Line Brooklyn medium roast coffee brew for a birthday gift. This was the first of the Hi Line products that we had ever tasted, as he heard through a coworker about the brand. Upon receiving the gift my husband made it a point to tell me how impressed he was with the pricing and speed of shipping (points I believe are worth mentioning). When we brewed the pot I could tell almost immediately that this was going to be a new favorite of mine. When I say that it smelled like a stack of pancakes in my house, I kid you not. Honestly, this cup of coffee was like breakfast in itself, as it seemed to be well-rounded enough to hit all the important notes of a delicious breakfast walnut syrup and blueberry's being the most prominent. Fantastic and highly recommended.

The Wall Street dark brew Nespresso pods from Hi Line instantly became a family favorite in our home. I think we, meaning my husband and I, were hooked before even having ever had our first sip of the brew! The aroma was just that amazing! You could almost taste the nuttiness as the smell of roasted dark coffee beans and a bouquet of nuts is quite prevalent. And the taste, well it was nothing short of superb. We both felt as though one of the most enjoyable aspects of this brew was the natural creaminess that it imparted on the mouth. I mean overall the mouthfeel was delightful, the taste incredible and the fresh aroma was next to unmatched.

I am not going to even try and beat around the bush here, I bought Hi Line's Donut Truck medium brew coffee solely based on the fact that the word donut is in the name. There is no way it can be bad right? I mean, who would name an unworthy product such a name as "donut" knowing that donuts are in fact one of the most delicious things in the world, that is what I thought. Well, turns out I was right. They named Donut Truck such a name as it mimics one of the most delicious pastries ever created, a donut of course. Rightfully so too, as I would go so far as to call Donut Truck one of the best coffees I have ever tasted. Try it, with a donut perhaps, why not and I am certain that you will not regret it!

There is just something about Hi Line's Fifth Ave medium blend Keurig pods that I just quite simply cannot get enough of. Maybe it is the natural creaminess that you get without even having to add milk or creamer. Perhaps it is the sensational hint of honey that surprisingly graces the palettes presence. Or you know what, maybe it is something much simpler, like perhaps that it is affordable. Maybe it is the whole package: delicious in wonderfully surprising ways and affordable. Yeah, that is it, definitely. I love the flavor of Fifth Ave and I love the price. Win win.