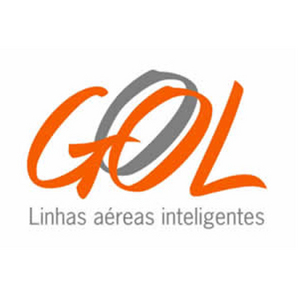 I would fly an alternative airline verses flying on Gol Linhas Aereas. While their service is not amazing, their ticket prices are generally a little lower than the major international airline carriers and on par with the budget airlines. Service The customer service representatives we encountered at the airport were not helpful. I was tempted to attempt to lug my massive suitcase through the security line to see if I could just check it at the gate instead. After getting frustrated with the first two customer service representatives at the check-in counter, I was finally able to talk with a man who was able to properly check my bag and facilitate my basic requests. In-Flight Accommodations I was not impressed with the in-flight accommodations offered on Gol Linhas Aereas. If passengers wanted any form of food or beverages while in flight, they come at a cost. While some budget airlines offers complementary water, coffee, and tea to their passengers, that was not the case on Gol Linhas Aereas.

GOL was a lowcost company that turned into a high cost with low services. The company sells what it used to distribute for free during the flight. It´s not rational, the price of the tickets are higher and they started selling soft drinks and sandwiches. I think that the main business of a company must be excellent. They should provide the costumer the best experience. Service The service should be the best for the price. There's no reason to sell food during the flight, it's ridiculous. In-Flight Accommodations The space between chairs is very limited. The sound system rarely works. The magazines are out of date.

I recommend this airline if you plan to fly within Brazil. It is not expensive considering the higher cost of things in Brazil. It most likely will be cheaper than TAM Airlines. You probably won't get the full amenities such as tv's, full meals unless you are flying longer distances inside Brazil. However, I have always had a good experience on GOL. Recently, GOL began flights from the southern city of Curitiba to Miami, Florida. Service The flight attendants provide good service and don't seem snobby like the attendants on TAM. Customer service is something neglected by the airlines these days, but I don't believe this is an issue with GOL. Whenever I have flown on GOL, the attendants provide prompt and professional service to the passengers. In-Flight Accommodations It is good-you get what you pay for, so you cannot expect everything. The seats are comfortable considering many airlines are shrinking seating capacity for passengers.

Gol used to be known for its efficiency, state of the art technology, rock bottom fares, and great flight and customer service. Now that it has become an established airline, it is hit or miss. For a few years after the airline's roll out, Gol was a very attractive option for budget travel within the country of Brazil. As another reviewer stated, everyone was impressed with the business model and the customer service. Southwest Airlines used to be the industry darling in the US, operating much the same way Gol did. American enthusiasm has slipped considerably. The free beverages and snacks Gol Linhas Aéreas used to serve have been replaced with an a la carte menu of stereotypically mediocre "plane food". Bland sandwiches, bagged snacks, sodas. Cups of water are still free. On a short connecting flight from one of the major Brazilian hubs, this is not a big deal. I often take Gol from Brasilia to Goiania, and the flight is only about 40 minutes. However, if you are at all concerned about comfort, I would not recommend Gol for a flight longer than 2 hours, and unless the price were considerably lower than the competition (at least 50% less) I wouldn't attempt one of the international flights Gol began offering in2012 to Miami from Sao Paulo and a few other major cities. In-Flight Accommodations On longer flights, passengers are offered a menu of cold sandwiches, soft drinks, snacks such as nuts and cookies, and a small selection of wine and beer, which you can find here: http://www.voegol.com.br/en-us/servicos/venda-a-bordo/Paginas/default.aspx

Brazil is a magnificent country to visit with beauty that transcends description. Unfortunately for the budget traveler, it's also a huge country, and domestic airfare can be surprisingly expensive. As in much of the world, low-fare carriers have been popping up in recent years, but many of them cater to the lowest segment of the flying public, so doing business with them can be difficult for non-locals and the flying experience is often, *hmmm*....how shall I say this politely, rather earthy. But there is one airline where the cost savings potential is real, and where the flying experience is generally quite good: that airline is Gol. The reason they're worth knowing about is because they do business very much the way JetBlue does here in the U.S.: they offer aggressively competitive fares, but with a constant eye on distinguishing themselves from a pack of cut-rate cutthroats by way of high service levels. New aircraft, an excellent in-flight experience, good service, *AND* low fares: those are the reasons to fly Gol. Gol's fleet is very young and totally state-of-the-art. They fly nothing but Boeing next-generation aircraft (mostly 737-800 and 737-700 series jets). Orange planes always strike me as a bit garish, but the real offense to the eyes comes inside, where they actually plaster the cabin with cheap, low-brow advertising. The effect is that the plane may well be state of the art, but it still smacks of a smoke-belching city bus when you get in. Doing business with Gol is fairly easy. If you're in the United States, you can check fares and schedules on their web site (www.voegol.com.br) --- the site is switchable between Portugese, Spanish, and English (pull-down the Brazilian flag and choose "Other Countries"), so you won't have trouble navigating it, and I really like that the site *NEVER* shows flights that are already sold out and it *NEVER* shows fares that aren't actually available for purchase. Honesty and integrity that you rarely see in the airline industry. The only thing to be aware of is that prices are in Brazilian Reals (not dollars) and Americans can only buy tickets using an American Express card (there's ways to buy with Visa or MasterCard too, but you'd have to do so through a Brazilian travel agency --- the reason for this policy has to do with credit card fraud, and you quickly get used to things like this when you travel in Brazil). Within Brazil, Gol goes just about anywhere you want to go. Tourists are most likely to want those flights between places like Rio, Sao Paulo, Salvator de Bahia, and Iguacu --- and those are all very well covered by Gol. (They didn't used to have such an extensive route map, but when VASP went belly up a couple years back, they picked up some of their more popular routes.) I'm impressed by the service levels at check-in time. Aside from hurting my eyes with their bright orange blazers, the employees were very efficient and I especially appreciate that they even secure all baggage with plastic tie locks. At the Tom Jobim Airport in Rio (GIG), Gol had quite a few flights departing at once, so the check-in line stretched back just about all the way to the Copacabana --- fortunately though, they also had 8 check-in stations, each manned by at least 2 bustling employees, so the check-in line actually moved quite quickly. With Gol, you can even change your flights *WITHOUT* those ridiculous $100 change fees and outlandish fare penalties that crummy U.S. domestic carriers inflict on their customers. Good service will never go unnoticed --- not by me, anyway. Great in-flight experience too. Proving once again that Southwest doesn't *NEED* to have a seat-non-assignment policy, Gol gives you low fares while *STILL* managing to assign seats, provide free snacks and beverages on every flight, and cycle their flights very quickly. As with most Latin carriers, Gol's on-time record exceeds 90%, so if you do show up late at the gate, you can pretty much count on your plane being gone already. The planes are comfortable, and with most flights being less than 2 hours in length, you probably won't have time to get too uncomfy. Gol is good...no two ways about it. Good fares while *STILL* providing a comprehensive route map, great service and a comfortable flying experience....Gosh! I just find very little to grumble about when I talk about Gol...they are *GOOD*.