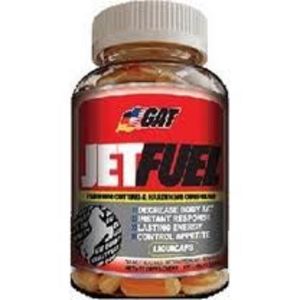 After being monopolized by the Herbalife brand for many years. The recession and economy made me turn in a different direction for my deitary, weight loss habits. I walked into my neighborhood Vitamin Shoppe retailer and asked the sales agent what he thought the best overall thermogenic product was and he told me without a blink,. CATS JET FUEL. I took his word for it, bought it and tried it out for two months. Energy After not being on a thermogenic for a good month or so. I did notice a slight increase in overall energy. I noticed this in my first couple work outs while being on the product. The longer I was on it, the less potent the energy was. Like anything, you grow into the stimulant and the intial energy high (if you can call it that) and sooner than later it's very difficult to depict. Ranking it 1-10 for energy, I would give it a 6. That might be a lil generous. Appetite Control I think CAT'S JET FUEL suppressed the appetite as well anything else I've ever took. Obviously,. appetite control comes more down to individual will power. The appetite control in this product gives you enough help in the sense of control department to keep you from cheating during your diet. Ranking 1-10. I give it a 6 Fat Burning I did burn some initial fat with the product but kind of like Energy and Appetite Control, that become less apparent as time went on. There were moments where I was plateaued at certain weight levels for a week at time. This is while working out 6 days a week moderately. There were moments where I questioned on whether the product was working. I finally added the Herbalife Thermogenic Tea and that seemed to facilitate the fat burning process more in conjunction of taking the Jef Fuel. Taking the tea and CAT Jet Fuel. I lost 7 pounds in week. I took the tea because I plateaued and I wanted to see if i could facilitate or restart the weight loss, fat burning again. The tea helped. Ranking 1-10, I give it a 4 Side Effects Didn't notice any at all. That maybe a good or bad thing. Atleast if you notice some, you kind of understand the product is doing something for you. I always worry about products like this having more of a placebo effect. Ranking 1-10, I give it a 8. Overall As the sound bite suggests. I'm not blown away by it. It's not a bad product but I can't say that there is anything out of this world by it. The energy was there at the becoming but become much less noticeable as time went on. So did the appetite suppression become less noticeable as time went one. As did the fat burning/Weight loss. Without taking anything else in conjunction with the substance, working out moderately 5 days a week maintaining a daily caloric intake average of 1500 calories. I lost 15 pounds in a 2 1/2 month stretch. Which is fine. I know losing too much weight at a time is not for good for you. I just know that I greater results with other products. The Herbalife brand being one of them. Overall average rank out of 10: 6