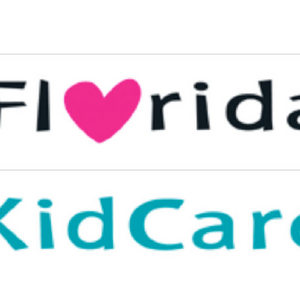 Customer service is awful!!! I called to changed my bank account, the representative gave the same incorrect instructions over and over again, she got so frustrated that hang up on me...I called again with no success. They are not willing to go the extra mile and DEFINITIVELY have no clue of what customer service is. Too bad!!

I applied for my daughter back in December, we are now in April and i am still having issues. They lose very important documents, send them to the wrong places with incorrect information and never get back to you. They do NOT know their immigration laws despite my child being a lawful U.S citizen they kept refusing to insure her due to her being born out of the country. I felt very offended by this as both her and her father are FULL U.S CITIZENS. 4 months to insure ANYONE is a complete joke. I am still waiting to even find out if i am eligible. So much for everyone being insured!

My son ended up with this coverage thanks to the new ACA this year. He always had a private plan that I paid for, but because I was forced to choose a new plan, my son was not eligible anymore and had to have this. The paperwork is never ending. The plan offered is a good plan for children, but actually costs more than private insurance. While the providers participating in this plan are not desirable providers and are already over loaded with patients. PCP's are not too bad, but if you need a specialist for your child, forget about it. It can be one anywhere up to 60 miles from your home and there are very few specialists who take this plan. Obviously this is a state run plan, so it probably pays minimal to the providers and that is why they have to take so many patients. When you go to the PCP and ask for a flu shot and they find out you have this insurance they tell you that they are all out. If you offer to pay for the flu shot, they suddenly become available. This insurance really needs to be updated and overhauled in order to be easy for parents to use for their children. Customer Service Customer service depends on the person you get on the phone. Some of the agents are super friendly and helpful, while most of the ones I seem to get are rude, cold and could not be bothered trying to help. They are mostly very difficult to deal with. Available Plans There are no plan options available. The medical plan they offer is the one you get and there are no choices except to add dental and/or vision.

i think that this is an awesome insurance program for florida children. whether you have no income or you make tons of money every year, this insurance is made available to ensure that all florida children have access to good health care. they are widely accepted and have plans that are free for many residents, and if you do have to pay, it is usually a very small, nominal fee like twenty or twenty five dollars a month. they make it easy to sign up and stay signed up without having to jump through tons of hoops. they have always been very good at assisting with any questions or concerns that a client may have. Customer Service i have never had a problem with their care or their billing. if i ever have questions or concerns, they have been able to clear them up for me quickly and efficiently. the people that i have spoke to from their organization have always been very friendly and courteous. Available Plans they offer full health services that you would expect to receive from other insurances that you pay much more for

This organization is useless. I've tried to apply with them more than 4 times, now, and they have nothing. Each time I call them, their "system" is conveniently "updating" and they cannot access the records of my application that I have mailed, faxed, and even sent in over the Internet. The disorganization is rampant and they don't have an available supervisor to speak with that will handle the problems that the telephone rep cannot. It is a failing system that needs to be scrapped and then rebuilt. I can't tell if the employees are inept or the system they are working with. Hopefully, a socialized system of health care will come into being and this sort of thing won't be necessary. Medicaid isn't even as hard to work with as this. God help you if you have a disabled child and aren't part of the 2% of the population that has all the money in this country to do what you want with.

My children had used PeachCare in GA, for a year, about 8 years ago, it was great. When we went on private healthcare they kept the same doctors. When we moved to FL 8 months ago, I never even thought of state insurance till my husband lost his job right after moving. So the next thing I did for my family was apply for KidCare. From day one it has been a nightmare. The whole system is a contradiction in itself. My kids were first put on Medicaid, which I do not qualify for. In the next stack of mail one or the other is cancelled, has KidCare, and then cancelled and has Medicaid, which as I said I do not qualify for. It has been a 5 month battle, and $45 dollars later, I just recently received 3 letters and eachone contradicts the other. I am not going to commit Medicaid fraud, and I am not getting anywhere with KidCare and their 1800 number. Each person says something else, or they 'can't tell me why I have Medicaid, that is a diiferent department." I have spoke to the Director of Medicaid for Kids, Bob Hozzle, not sure of correct name spelling, and after our conversation I thought I was going to get resolution. Yet once again I am on the same rollercoaster, with contradiction. I will not commit Medicaid fraud, and I have no resolution for my other child either. I am married both kids have the same father, and the same information, yet, neither child has any resolve. We are an educated, married couple, that has been hit by the failing economy. With that being said, I fear for our FL children, and our tax payers, because this is one system that has failed. If anyone out there wants to band together and take this to our legislature, our anyone with power that will listen, please reply. I am not going to use this State system after much debate, it appears I will have to wait till I can pay for private healthcare.

I applied for Florida Kidcare because my employer decided they needed to save some company money and took two out of three medical plan options away. The only ins plan option we have now is the high deductible plan which I can not afford. I sent in my application with my pay stubs STAPLED to it and somehow they claim they did not get them so again I sent four more pay stubs as they requested. On the application it asks you to please check off who are you requesting ins for and also to include everyones name in the household. I did exactly that .I only need ins for two out of my three kids. My younger son has ins thru his father so I did not apply for him , but Florida Healthykids sends me a letter asking for his birth certificate and SS # to see if he  qualifies for ins, I tried to explain to them that the application was for the two older children. I then find out that they applied my pay stub information to my EX Husbands info...how and why ???( I have no clue because we have different last names???) I don't think they read the information you are providing them with. They seem to have irresponsible workers.  I say they need to replace the idiots they have processing the paper work with better personel.

You don't want Florida KidCare anyway, TRUST ME. We HAVE it and it is the worst nightmare of incompetence and left hand not knowing what right hand is doing management I have ever seen with an insurer. I'll bet I spend 60-80 hours a year on the phone with them trying to straighten out problems and never getting anywhere. For instance, they owe us $600+ that we requested a refund for back in November of 2008. It's now March 2009 and we're still waiting for it. They don't know what happened to it. Just keep telling us the financial office issued the check. I've complained to the Gov's offc and state level authorities but they don't care.

Its a great program once you can actually get on. They do give you the run around to apply and customer service isn't the best either. The fabulous thing is that if you are placed into CMSN you don't have any copays for medications or doctor visits. They do also go by income since it is a state health insurance program. Over 200% FPL pays $120 per child w/o dental coverage and I think another $8 for dental. If you fall below 200% FPL then you only pay $20 for the entire family regardless of how many. Also there is a copay if you are over 200% but its only $5 for meds and visits. That's much better than $15-25.