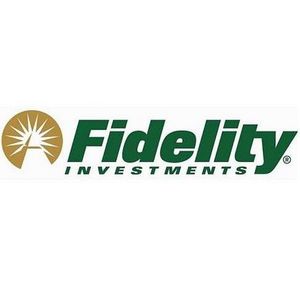 On 11/22/2019, I called Fidelity to transfer my Mother's IRA to them. The Rep, told me to fill out the ONLINE transfer, and walked me through the forms. I also requested BOTH the account transfer AND a Durable Power of Attorney form to be sent by mail.I was told later NOT to return the Paper copy because this would cause confusion. Fidelity rep said online form is faster. ON 11/23/2019 I sent the Power of Attorney form by mail. On 11/24/2019 I was told they REQUIRE two more documents because the account is CLOSED. They wanted a copy of my Mother's SSI card. AND they had me fill out a W-9 Tax Form which again I did online as directed. I called 2:49 on 11/26/2019 to follow up on the account being closed and I received confirmation via the Secure Message Center online the SSI information was received.I NOW see the account is FUNDED, the transfer has occurred.During this call the rep, "Contacted the back office" to confirm all was now again in order, And ask why the account is STILL closed. The rep, Glenn came back on the phone and I was told all the forms have been received, and ARE PROPERLY filled out. This morning 11/27/2019 I logged onto the account to check the status, since the paper work WAS received and in order, funds in the account, and to check if the Power of Attorney was in force. UPON logging on I panic ed ..... $0.00 Balance ? O-M-G were the funds stolen ? What happened with my mother's money. I called Fidelity. today's rep. kept checking with "The Back Office". Who were now, providing information COMPLETELY opposite of all I had been told in the days before. After a LONG time of asking for a Supervisor or Manager, finally I was connected with a manager. I was told, he can not discuss any matter relating to this account. UNLESS he speaks with my Mother. She is 89 years old, has Alzheimer and does not understand the stupid questions they ask. Bear in mind Fidelity Rep. was well aware I was doing this for my Mother. Pointed out as I filled out the forms.

Just got a letter from fidelity. They said they are cancelling all my accounts. I must have rubbed someone the wrong way. They say: "[Fidelity] can close your account, or terminate any optional feature, at any time, for any reason, and without prior notice" and "My account may be terminated by me or Fidelity at any time" BUYER BEWARE!!! If you ever get annoyed at their credit card's long list of security questions and are fearful as a result someone may be stealing your identity, don't let your annoyance show or you may be next on their chopping block!!!

Although i provide clear evidence of an improper transaction cost by providing 3 enclosures, Fidelity forces you into a administrative timely and costly arbitration process. For non-active traders Vanguard has superior customer service and have reps empowered to resolve dispute issues at the lowest level.

I have been using Fidelity for years as a result of their listings in the fixed income area, but they topped their usual lousy customer service this past week. After the Equifax disaster, one night they posted: You have $0.00 balance in your accounts as of Sept 17th (etc)...so I called in a panic and was told: "We get a million calls like yours every time we do customer service (which is never posted in advance, nor on the front page, this time,"...so I asked, "Why don't you just post "information no available at this time due to maintenance on the site?" And way given no answer. On an average, it takes Fidelity about 2 years to correct bugs/misinformation on their site. I wonder how long it will take this time.

My family recently moved to Virginia. We have used Fidelity for many years. After the move, I was told that my Fidelity investment advisor in our previous state could no longer assist us -- as he was licensed only in that state. We were successful in getting the name of a Fidelity representative in a new Richmond satellite office in Midlothian, but getting an appointment has been next to impossible. The representative (a woman) said, in an email, that her "assistant" will contact us to set up an appointment -- she does not schedule her own appointments. We have provided dates and times that are convenient to us -- but the "assistant" has yet to contact us back. I've grown so disappointed with Fidelity that I have now moved our funds out of their managed account. So far, I'm less than impressed with the Richmond Fidelity office and their Midlothian office. It's VERY difficult to get an appointment for a face-to-face meeting. They do not seem interested in responding -- and my old advisor (who was excellent) doesn't seem to be able to help either. I don't know if they have someone who oversees the entire Fidelity operation in Richmond, VA, but if so, he or she needs to take a close look at their area operation. Their customer service is non-existent!

In January 2015, since I do not have a local Fidelity office in my area, I drove 2 1/2 hours away to meet with a Fidelity Rep to discuss my retirement investment options. However, when I called to set up the appointment, it took some hair pulling to get a face to face meeting. They honestly thought I could set up my financial future either on the phone or online. Initially, I must have spoken to three or four people before I was given an appointment. After meeting with my rep three times and divulging every bit of personal information I had to give, less what size I wore, my accounts were set up. I might add, this was not as simple as it sounds. I had to also deal with a different branch of "Fidelity" that managed my 401k while I was employed. More times than not, the right hand didn't know what the left hand was doing. I was asked the same "scripted" questions over and over. In the end, I opted to have Fidelity manage my money since I know about as much on investing as I do on how to fly space ships. Well, it has only been ten months, hence the reason for the title of my review, but, I haven't made a dime. On the flip side, I have paid close to $5,000 thus far for their expert advice. Three months into it, I was assigned a new portfolio manager, my current one stated he was being "promoted"?? Now, my new manager is located in another state, therefore, all of our communication is either over the phone or via email. Now, I'm back to the same scripted questions such as: Do I plan on going back to work? Do I have additional debt? Will my wife be going back to work? How much money do I have outside of Fidelity? Also, I know I must be old fashioned, but, is it to much to ask to see the person that is managing all of my money? Realizing, these accounts are set up for the long haul, I plan to stay the course at least for a little while longer and keep my fingers crossed.

Just say No!! These people would mess up a 2-car parade! After we verified the address they already had on file for us, they still managed to mail Highly sensitive information to a totally incorrect address. Cannot get 2 people to give the same answer to the same questions. Constant inexplicable delays. Paid for overnight package that arrived with a missing check. They are very good at apologizing-- probably because they have to do it so often. We're gone!

i have spent hours trying to cancel my account with this common sense but useless service. i still have 5 months to still try.... their e-contact brings you to vanguard!, and the 4 customer service #'s i have are apparently to promote a soul-stealing musical loop. a few weeks ago i finally got through on the phone and tried to get some answers as to how this service 'works'. after going around and around asking in a dozen ways, i realized it was an answering service handling calls for a dozen businesses! at last, once i got thru, it turns out that basically the info can be looked up, and comparisons can be made through many evaluating services (and higher returns can be gotten outside of fidelity). so what are you paying for? "analysis"(=opinion). i have one too! my opinion is that this is totally misrepresenting info available in any free prospectus, and further misrepresents the ease of getting your money back.

I am actually being kind in my choice of words and rating because they deserve far worse than I'm permitted to write. Customer Service Awful, just awful. We tried opening up a Trust account which was taking forever to get set up along with a face2face meeting, then lots of follow-up phone calls and multiple emails with Fidelity people saying they need more stuff from us after our f2f meeting, which if they were on the ball really should have covered then, later they said they don't need that stuff but some other stuff, then hold on they don't need that stuff now, but something else, then wait now they need something else, hold on, eveything is now ok, ooopps no now not ok but now they need something else......on and on and on. Each time we spoke with Fidelity people, we couldn't get a straight answer, always: "let me get back to you". We finally decided to end this madness and stopped the setup of the Trust account. We're so disgusted by this gross incompetence that we no longer trust Fidelity and plan to transfer our Joint accounts, two Traditional IRA accounts and two Roth IRA accounts. Ease of Use I have been actively trading for over 20 years and found their online trading tools to be cumbersome, difficult to navigate and use. It was as if their developers built the Fidelity trading platform and never tried using it themselves to see whether customers will enjoy it.

It's frustrating not having a branch to go into. My app has been having issues with taking pictures of checks making it difficult to cash. On top of that when someone sends me money, a refund from a store or cash deposit takes around 2-3 days before your funds are available. I know this seems small but it's very inconvient and when I banked with chase I didn't have this issue. On the upside I really like there bill pay. Customer Service N/a Product Variety Up to par if not less than than industry Ease of Use Complicated.