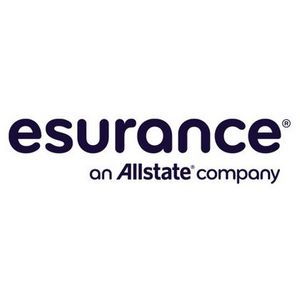 I was hit by someone insured by esurance. Accident report says 100% his fault. Endurance says 30% my fault! Dishonest.

They are the worst. Don't do it

I made the mistake of changing insurance to save a few dollars. After only 5 months, esurance increased my auto premium by $70, claiming I no longer qualified for the "new customer discount". Then when I found another insurer & cancelled both my auto & homeowners policies, esurance charged me "cancellation fees" to the tune of $70. Is this how they show all their clients appreciation for their business? My advise: take your business to ANYONE but esurance. They'll find a way to screw you too!

We got esurance for our homeowners because they were much less expensive and had decent reviews but dont be fooled. We received a letter today stating we had a critical repair that needs to be done or our policy would be cancelled. The interesting thing is we had a home inspection AND appraisal done before purchasing this house and both scored the roof as good condition. Esurance will not accept those documents. Also because our foundation is stone our rate increased over $100... why wasnt this an option when we sigmed up? The woman i spoke to said because stone foundations are very rare.... really? Every house on my street and probably 50% in my city are stone bevause its a historic town... cancelling them immediately.

On January 1st of this year, while traveling on Pacific Ave between Forest Grove and Cornelius, a driver entered the highway from a driveway on the north side of the road, entered the center divider while speeding up, and pulled into my vehicle. It happened fast enough that I did not have time to react to avoid the collision. We both pulled to the right shoulder of the road immediately to exchange personal and insurance information. He told me that he didn't see my vehicle as he sped up to merge. I asked how he couldn't see a 2007 Chevy Tahoe that has automatic daytime running lights, to which he simply stated again that he did not see my vehicle. Based on the other driver's insistence that he would insure his insurance company would cover all repairs and his pleading that I not let the police sort the accident out, I felt it best to immediately contact the police and report the accident. When the police arrived, he and I both provided a statement (police report is attached). The investigation seemed to take longer than I thought it would. It turns out the reason for the length of the investigation is that his Washington driver's license came back as being suspended, so he was going to be cited for the accident. Though there was evident body damage, my vehicle seemed to be in good working order, so after the police left, I continued driving the vehicle. I was a little rattled by the suddenness of the accident, so I decided to go find a parking lot and park for a bit to settle down. I also decided that I would forgo the errands I had intended and try to make a little money driving for UBER. Immediately upon returning home that evening I completed an accident report for Oregon DMV, and filed a claim online with my insurance company (Esurance). I received an email on January 2nd from Esurance informing me of the claim number and adjuster assigned to the claim. (insufficient room for complete review)

Never had a problem with esurance. They treated me well and gave me a great rate. They saved me over 50% off of MetLife that we had before. Save 600 dollars if you can believe that. We are both good drivers and never had to file any claim with them. So I can not review based on the claims but customer service treated us great and always was prompt on following up on our questions. We have recently switched because of an even better rate that esurance tried to beat but could not. I would go back if we got a better rate from them again!

I would not advise your worst enemy to have them for home owners insurance. They collect but do not support their customers when they are needed. They are rude and very unprofessional to deal with. Do not insure your home through them.

if you have a claim they try to total your vehicle for less than you can sell it for. you wait months to get a response, you leave them messages and they do not call you back. They send you information that they need and say ' we have been trying to contact you....' which is a lie because you only have a cell and they have left no messages.

I was with this insurance company for 5 years and many rate increases. When I went to cancel my policy they charge a $50 cancellation fee unless you stay with them until the end of 6 months, when the policy renews. There is no loyalty to their customers. Don't go with them no matter how cheap they are!