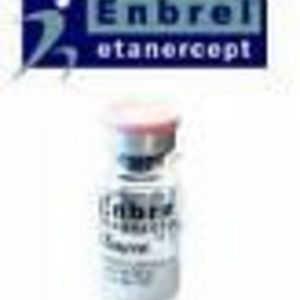 I started using Enbrel 1 year after I was diagnosed with RA.  I was so grateful to have back some sort of life.  However, I do get pissed off when I see comercials in which they claim they have their life back.  There are still things I cannot do, and I still have flare ups.

I may feel energetic and being up to being involved in a variety of things I enjoy, such as artistic endeavors, traveling, spending time with friends and family,. My pesky immune system begins acting up and my energy is zapped.  Feeling exhausted and  foolish, thinking I could follow through with plans made. Rheumatoid arthritis (RA)is a disease which affects a person with severe pain that limits movement and affects me in every facet of life. Fatigue can halt the plans for the day or days.  I do not like to explain to friends and family that I cannot follow through because I have a disease.  Many people do not understand the difference between osteoarthritis and rheumatoid arthritis. Osteoarthritis affects joints,  RA affects joints and tissue such as the lungs and heart. Injecting myself with Enbrel (etanercept) weekly along with oral Methotrexate reduces the pain, makes my life more predictable.  Getting enough sleep, not planning too many events in one day, accepting these changes can make my life more predictable. Researching articles on RA, I have found some people suffer from headaches for 24 hours following injection of Enbrel.  I have not found that to be true for me.

I was diagnosed with JAS, juvenile ankylosing spondylitis my freshman year in high school. I was devestated by this diagnosis, I thought that I couldn't play sports or really enjoy life anymore. I thought it was over for me, for my youth. I started seeing my amazing rheumatologist, who led me through various medications. I started off with relatively "safe" anti inflammatory medications. He tried to give me medications that wouldn't completely destroy my already weakened immune system and not destroy my digestive system. I continued to have symptoms though. Nothing seemed to help the pain in my back, hips and knees.  After little results, I moved onto the stronger medications: Enbrel and Humira. The ankylosing spondylitis was progressing quickly into my other joints so action needed to be taken to slow the progression of the disease. I'm young, after all, I have my whole life to live with this disease. The risk of infection and complications terrified my mother, but I pushed for the new medications. I literally needed it to function day to day. I wanted to stick with sports and all the other activities I love. I started off with Humira, but, unfortunately, after six months, I saw little results. My rheumatologist then put me on Enbrel. He said that some patients respond to one medication better than the other, for no apparent reason, so I was hopeful. I did the Enbrel injections for a little longer than the Humira, and I saw a better effect. However, the results weren't as dramatic as my rheumatologist had hoped, and I was recently taken off all medication. He said that the risks outweighed the effects of Enbrel, understandably. Now I'm getting sent to a pediatric rheumatologist in Seattle (there aren't any in Idaho) with the hope that I'll finally get some relief. If you are considering Enbrel though, I've heard great things about it. Though I didn't get all the relief that other people are raving about, it did help a little. People with RA (which I don't have, thankfully) have found this a lifesaver. I would reccomend that you read all the risks involved with Enbrel, because it's not a drug to fool around with. It can cause serious infections. If you're frightened by the idea of injecting yourself, don't be. What would you prefer: a 20 second needle in your leg or lifetime pain? You get used to it after a while, and it gets less and less painful over time. After several months I'd rarely bruise because of the injections. I also highly reccomend the pen over the syringe, it's less hassle. I hope this medication truly does work for you. Though my results weren't dramatic, I hope you find that Enbrel changes your life, and your mobility in general. Best wishes!

Enbrel or entanercept was approved to be used in the USA in 1998 and I started using it in 1999.Enbrel has prooven to me that it is a medication I can trust.I have a rare auto-immune desease that attacts my joints and it can attack my organs also. The organ that is really worried about is the heart. I was refered to my Rheumatoligist by my primary physician.The Rheumatoligist was the one that diagnosed me.He put me on Enbrel plus Methotrexate.The combination really worked wonders for me. However I could not take Methotrexate. Enbrel affects your immune system so people have been known to get serius infections while taking Enbrel. Enbrel has worked wonders for me.Most immportant to me is that It gave me my life back.I am able to do things I could  not do  before. Enbrel could cause pain,swelling and redness at the injection site. On a more serious note Enbrel increases your chances of aquiring Lymphoma.But it is still considered to be the numder one medication for RA. I Know I would recomend this med to any one.     b ody

I hate shots and needles, but I LOVE my enbrel. I feel so much better now than i did a few years ago before my RA doc put me on Enbrel. I don't like the RA medicine commercials that make it look like they are wonder drugs, and you will suddenly feel the way you did before RA. But it does help so much!!

I was diagnosed with plaque psoriasis about 7 years ago. I tried many OTC treatments recommended by my dermatologist. Some I had to order from a phamacy. They were all expensive, but seemed to help a little. I used things that friends recommended. They didn't help. I used prescription topicals including cortico-steroids. You have to be careful with these. You use them for three weeks, and stop for one. They helped some, but you can't use all types of medication on all skin surfaces. The presription that I could use on my knees I could not use on my face or on my head. I had a cabinet full of medications, to be used on different parts of my body, and I had to note how long I was using them. Very complicated. The patches only spread. In time my whole head was covered with scales, my knees, across my hips and back, and  small patches were beginning to appear on my legs and face. As soon as the FDA approved Enbrel for the treatment of psoriasis my dematologist handed me a prescription. WHAT A RELIEF! I am able to administer the medication myself,and do not need constant blood tests that are required by other injectable treatments. About once a year I do have simple bood work done. Enbrel is not a steroid, and therefore does not have the ensuing side effects. I do however have more upper respiratory problems. I just stay away from sick people as much as possible The plaques have not totally disappeared, but are at a manageable level, only along my lower hairline. As I wear my hair down most of the time, it is mostly covered. For me the benefits far out weigh the risks. I no longer feel like I am being constantly tortured.

Prior to starting Enbrel for my Rheumatoid Arthritis, I walked with at least one cane and with much pain, and could barely climb the stairs at home and work.  Within 6 weeks of starting Enbrel I put the cane in the closet where it continues to gather dust. The first few years required injections twice each week, but who would begrudge the time for something that literally changed my life!  This treatment gave me back the ability to work in my chosen profession - selling houses.  Like so many biologicals, Enbrel has potentially serious side effects and should only be used with your doctors supervision and with very careful attention to instructions, such as to NOT use it if you have a fever or an infection of any kind.  There are also minor things such as injection site redness, and just getting used to injecting and keeping track of your schedule. The latest product though - The SureClick Auto Injector - is a huge step forward.  It's a once per week treatment, and works much like an Epi-pen.  It's fast, convenient and fool-proof! Thank you Immunex Corp for creating a drug that gave me back my life and even lets me walk for miles now!

Enbrel is a good injection for people for Rheumatoid Arthritis.  The cons to it, with me anyway are the red swollen areas that I get at the injection site.  Also if it wasn't for the company offering a discount card it would be too expensive for me to afford and I have insurance and work for a healthcare provider.  I wish that they could come up with meds that aren't so expensive.  Also it has to stay refrigerated so if you have to go somewhere away from home it isn't very convenient, bit you only have to do the injection once a week.

I have moderate to severe RA, SLE, and Fibromyalgia.  I was so depressed with the constant swelling and pain, that I was becoming suicidal.  My Rheumatologist started me on Enbrel, and even though they said it could take up to 6 weeks, it took only 2 weeks for me to see the difference! They didn't have the auto-injection then, but they were premeasured.  I have to say I prefer the old way, when my fingers are swollen and sore, it's hard to push down on my leg to release the inject button and then push the injection button.  But afer only 2 weeks of injections, my stiffness went from over 2 hours in the morning to about an hour.  I have days now when I wake up and all I have to do is stretch and do a few of my physical therapy excerises, all while still laying in bed, and I'm up and moving in less than an hour.  I've actually had days when I woke up, did a stretch or two, and was out of bed and moving in 15 minutes... which is no less than a miracle considering my condition 4 years ago!  I had to go on a company assistance plan, as I have no insurance. When I did get insurance, they would not cover Enbrel.  If you can't afford it, call them!

Enbrel is a  medicine used to treat rhematoid arthritis. This medicine is a given through an injection It is not a big deal because the injector is like a pen  and you just click it like clicking a pen. The injector is already fille d with the medicine. I give myself shots in the stomach with the enbrel pen and it doesn't even hurt. Th eshots can also be given in the thigh or the back of th eupper arms, but I have found the stomach to be th eleast painful. TIP:  I let the medicine get to room temperature before I inject it and I think helps reduce the pain. I could barely walk to my mailbox before I started using enbrel. My arthritis pain has been greatly reduced with enbrel and enbrel is NOT a pain medicine. It is a medicine that keeps your immune system from being so active and causing flare ups. My swelling went down right away. I noticed symptom reduction just a few days after I had the firest shot. I have been on enbrel for  a year and a half and I have had no adverse side effects. I would reccommend this medicine to anyone suffering from RA.