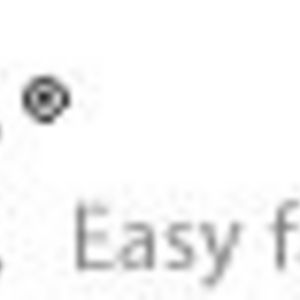 A free 30 days trial is a big fraud. After one week thay started charge my credit card without let me know that i'm over the usage which is per minute and not per page as they advertize in big letters. Per page i was actually under the usage. The sending time is doubled than a regular fax so instead of saving money on regular fax I actually paid double. Also some of the faxes did not reach their destiny and i did not receive an unsuccessful transition message. Custome Service including the supervisor refused to refund me and I canceled the service. I did not receive any confirmation regarding cancellation.

THIS WAS A 30 DAY FREE NIGHTMARE. This company is a rip off and I hope that more people voice the truth!!!! They took money out of my account at their leisure. Then after spending $40 on a FREE service, I called to cancel. The rep told me that my account was wrong and that Efax owed me my $40 back. Just a couple of days later I call back to check on my refund and there are NO notes in my file for a refund or anything!!! I will be posting a bad review any where I can find. This company should not be in business. BUYER BEWARE!!!!

Efax requies a one year payment in advance. So, of course, we put it on our credit card. BEWARE, it will automatically renew forever. Fine if you still want the service, but when you want to cancel, canceling it is next to impossible. No company should operate in such a deceptive manner. When you do supposedly succeed in canceling, get written confirmation by e-mail or, guess what, you'll be billing for another year. What a hassle. A consumer complaint should be filed against this company.

Same as last reviewers, unauthorized upgrade when all I wanted to do was send the free fax (and that's what I thought I was signing up for). Now, they have been taking money 16.95 out of my account without me even knowing about it. Horrible customer service. This is one deceptive company. STAY AWAY. I'm hoping to get my money back but from other reviewers....looks like they've been stealing my hard earned money.

Used efax for the longest time and went searching for another online faxing company.  Their price is expensive for the small service they provide.  only 30 pages sending and if you go over they charge you.  I moved onto Nextiva.com and love it!  Efax is somewhat user friendly but the other company costs 1/4 of what efax was charging me, with up to 500 send and receive a month. I was paying 19.95 at efax, not 4.95 at nextiva.  No setup fee with nextiva.  Only downturn to nextiva is that you have to use the available #'s...so what! if you're saving $15 a month (thats over $170 a year!) Uploading files and the "INBOX" they provide on efax is so difficult because everything you click takes time to upload.  So time consuming.  With Nextiva, I could file pdf's easily into certain folders, view everything at one shot without having to upload, upload, and upload...

BEWARE BEWARE BEWARE!!!!!!   DO NOT USE THE KEEP TAKING MONEY FROM YOUR ACCOUNT!!!!!    l i sent email after email to efax to no response. they will steal from you for years. DO NOT USE!!!!!!!!! they are still taking money from my account. ihave paid 3 years of fees for nothing. @ $15.oo each month for three years.

Our company has been using efax for 4 years, and never really complained about them until we had to switch from a monthly to an annual billing plan. We overnighted the check and after the Fedex delivery I was sure all was in order. But efax disconnected our service a few days later. I spent 3 days hanging on the phone for hours trying to solve this problem and have efax reactivate our account. They are the most inefficient people I ever had to deal with. No one really cares about your problem and doesn't have a solution except putting you on hold for hours. I am usually not a type of person writing reviews, but this has gone too far and became way too ridiculous that I had to share it with others. If you're a prospect wondering if you should use them, find another provider. I do not recommend efax.

I tried several times to close my account because of their unreliable software and service, They continued to bill my credit card, eventually had to place a stop payment.  These people are very deceptive and dishonest.  A ripoff.  AVOID!!!

Efax gave me one number based on their free service.  It would never work correctly.  They then, after the free trial was over, switched me over to the Efax Plus, but never gave me the new number.  They did, on the other hand, bill me for it.  When I brought this to their attention and asked for a refund, they refused, even though the customer service representative himself couldn't find the Efax Plus number.  The only way they could even trace that I had an account was via my credit card number.  Their final reason for refusing the refund was because I had received 3 faxes in my "inbox".  Even though they were SPAM faxes, it counted as far as they were concerned.  If you are even THINKING about using them, watch them like hawks since clearly service was of lower priority that scrapping for pennies.

faxcompare.com helps you decide what internet fax services will work best for you. It also has reviews on all of the fax comparison with the top ones featured on the first page. Overall, the website is very helpful and easy to use.