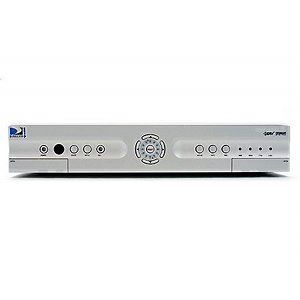 If wanted to have a HD DVR with Direct TV, I had no choice but get this reciever.The Seach feature, the "To Do List", and just about every menu  on this reciever are almost impossible to navigate without feeling like you are carrying buckets of sand after using the Direct TV w/TiVo for the last few years. When I'm looking for a show or actor or sporting event, I usually look it up on one of my TiVo's and then go set it up on this reciever. Because I have Direct TV this HD DVR is a neccesary evil.

The DirecTV HR20-700S is a good product.  It allows you to record 2 channels at once in both regular and HD format.  Because it is customized for DirecTV it stays current as more features are added to the service.  It is easy to program. You can only rent the unit.  Over the years that adds up to a lot more money you will have to fork out. The hard drive is big enough for most purposes, but should have been big enough that capacity is never a thought.  There's no provision to record or play DVDs in either regular or Blu-Ray format.  That would make the unit much more convenient and would help when the hard drive gets full. Two tuners seem like a lot, but when 3 or 4 good shows are put up against each other in an otherwise crappy week I wish more could be recorded at once.

Anyone that's thinking about getting Directv or already has the service has to buy one of these DVR recorders. It lets you record your shows ans save them for later viewing, so you never have to miss an episode or sacrifice one show when two are on at the same time. How I didn't get one earlier i really don't know, but couln'd get by without it now that I have it. It is worth the extra cost from the normal Directv receivers.