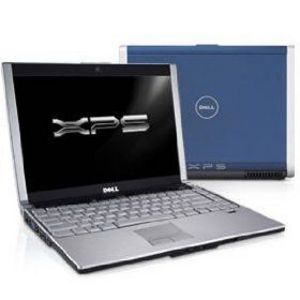 I bought one of these because they were on sale at the end of 2008, and seemed like quite the bargain for a high-performance system. At first, it worked great and did everything I needed it to do for productivity, gaming, and web browsing purposes, but after I had had it for about a year, more and more problems started popping up with it. Ease of Use The computer, while it stll worked, was fairly easy to use, as easy to use as any other Windows Vista is. Battery Life When the batteries were new, they lasted for a very long time. However, they wore out and lost their ability to hold a charge fairly quickly, and I experienced the same issue with replacement batteries. Support & Service Support was ok, if not great while it was still under warranty, but once the warranty expired, you were on your own as far as taking care of any problems. Speed/Performance When brand-new, this computer had excellent performance, but it quickly fell off as the computer got older and started to wear, and none of the usual methods to recover performance, or even a fresh re-install of Windows seemed to make any difference. Design The XPS M1530 was a good-looking computer, with the controls nicely laid out, for the most part, although a lack of USB ports was somewhat of a problem. Durability Long-term durability was where this computer really fell short. There was a recall on the system early on after a class-action lawsuit, due to defective video cards (both the standard and optional upgraded cards were effected.) Furthermore, in the course of normal use, several keys on the keyboard stopped working properly, the screen started developing dark spots, the wireless adapter became sluggish and ineffective requiring the use of an external antenna, the computer stared running hot, even with an external computer pad, and eventually the system died after about 3 and a half years of use, once it was out of warranty. Given the cost of getting a replacement motherboard and the lack of warranties on those, it just made more sense to get another computer.

It was an amazing work horse while I was in grad school. But, luckily, after few months after my graduation, it's display stopped working due to issues with NVIDIA graphic card. Battery Life Due to graphic card extra performance, it burns the battery very badly. Under normal condition, a genuine 9 cell Li battery lasts about 90 minutes, which is not that good. Support & Service When I had the 2 years of extended warranty, Dell took care of the issues by sending a well knowledgeable technician on site and rectified all the issues. However, I had to fight with the Dell technical team for replacing my screen with a refurbished one! Design Heavy for the laptop of its generation. Durability I am updating the details of this particular model! There were tons of issues with NVidia GE 8400 M graphic cards. If you see a blank screen, it means, you need to open up your laptop and heat the graphic card as I did (not suggested and don't do it, if you don't know how to do it!)

Update 5 years in: After dell replaced my motherboard, heatsink & wiring harness twice; the CD rom drive, keyboard & hard drive, I refused to let them replace things again just before my warranty ran out. My husband insisted they send a new computer, and due to multiple issues with this system, it didn't tame much to convince them. This system was flawed from the start with over heating issues that eventually fry everything else. I lost a ton of stuff because of a corrupted harddrive that coudn't be backed up. Nine months later the 'new' hard drive had the same issues. Original review: My husband purchased this laptop for my birthday for me to use for work. I do a lot of documents, emailing and powerpoint and need something reliable, especially when I travel. For the first several months, I had no issues, but then it started getting hot and would shut itself down. It was really bad when the kids were playing video games and very frustrating. It would even happen when using a cooling pad. Thankfully, my husband had purchased the extended warranty and after several calls - over many months - they sent out a technician. He replaced the cooling system (fan, etc.) and the motherboard the day before Christmas. I was very impressed with Dell's service and would urge you to purchase it when you buy their products. I have gone over a year now with no problems, but recently noticed that it is starting to get hot again if my kids run games. Other than the overheating problems, I appreciate how fast the system runs. I like to have many things going at once (email, browsers, publisher, etc.) as I am a multitasker and I am able to do so. I will continue to purchase Dell products because of their service, I just wish that I hadn't had the problems in the first place.

This laptop has MANY cons. It hasn't been extremely reliable; needed a repair/servicing (hardrive replace, fan replaced...etc) by a Dell tech to come out to the house at least 3 times in probably 2 1/2 years. While the graphics are good, like you'd expect in a 'gaming' computer...unless your only reason for buying this laptop is for gaming, I think average user is better off spending their money on say, a Dell Studio laptop. It did come with a couple features that I like (ie, fingerprint scanner) and it does have a built-in webcamer/ camera (that is able to take screen shots), and it works pretty well. All in all....poor quality, unreliable, overheats, and had to have someone come out to the house to service it several times in one year. Oh, ps, the battery in this laptop started not holding a decent charge SOON after buying it...and now...pretty much doesn't work at all.

Dell XPS M1530 Notebook PC is a nice notebook. Since I had it running on Vista, it takes a long time to boot.  I had to buy a license of XP to downgrade it on my own. The original Vista drive went on the shelf for future use. It was unnecessarily tedious to figure out how to install XP and get all the hardware functioning, but going to XP made a huge improvement in my experience with this laptop.When SP1 for Vista came out I pulled the original Vista install off the shelf to reevaluate it and Vista still sucked. I stayed on XP until Windows 7 came out and I finally wiped the Vista disk to use for my windows 7 install.Again it would have been nice if Dell provided drivers for something other than Vista, but Windows 7-64 runs at least as well as XP on this. Other than this issue, I had the notebook crashed several times, but I totally think this is a issue with Windows, not the hardware.

The DELL XPS M1530 is a great laptop that incorporates speed and efficiency as well as having all the necessary tools needed to complete any task. Its Intel Core Duo processor lets you do eveything in a flash. It also comes with a large storage capacity letting you keep all you cherished pictures, your favorite music, and save all you favorit movies in one place. The 15.4 inch HD screen gives you a beautiful viewing window that is crystal clear. The available hookups are amazing with a external monitor hookup as well as an HD hookup so you can see your laptop view on any HD TV. It comes standard with a finger print scanner for added security and intuitive touch icons to adjust volume, play/pause, stop, fast forward or rewind, and eject disc. In addition to all that the integrated webcam is standard and additional software can be installed to allow for time laps recording, remote monitoring, and all basic webcam functions. The DellMedia Center is also a wonderful feature that easily lets you store, arrange, and view your movies, music, and pictures. The only things to worry about (that even aren't that big of problems) are the sound does not play very loud even when the volume is turned up. Also to make matters worse if you wish to play music with you screen close, the screen covers the speakers which mutes the sound even more. Otherwise all in all it is a great laptop for any user.

The Dell XPS M1530 is a very durable laptop. It is very fast, and it is also very portable. I like that it can handle up to 4 GB of RAM, although it has a minimum amount of 1 GB of RAM. This computer only has a total of 3 USB ports, and it would be nice if it had more. A lot of devices today use USB power, and it is not convenient to have to buy a USB hub to add more USB ports to a computer, if the computer can just have the USB ports built-in. But I like that this laptop has Bluetooth technology built-in, compared to some computers that require a separate USB Bluetooth adapter. Another good thing about this computer is that it has a 5.1-channel high-definition audio card. 5.1-channel audio will ensure that all of your audio is crystal clear. The HDMI port and the S-Video port are also very convenient, if you ever needed to connect this computer to your TV, to use as a secondary display. I would recommend this computer to others.

Dell makes good quality, durable and reliable laptops. The only thing I didn't like about Dell was the fact that they never put any time on making good looking products. But that has changed once the XPS was launched. These laptops look really good. They are lightweight so it is not a problem to carry them around and with Windows 7 they are amazingly fast. The battery life is not great but nothing really to complain. The screen is amazingly crisp so picture quality is very good. I also really like the keyboard on the xps it is a pleasure to type on it and doesn't tire me at all. One problem I do have with the xps is the fan being too loud. I wish they would work on that to eliminate that problem because without that is would be a great laptop.

The Dell XPS  is very fast while multitasking, the graphics during  gaming are superb for a product this size, and all components are seamlessly integrated with the OS. This computer makes a quick work of some of the most resource- demanding programs available.the video just doesn't do justice to how nice the frame is.

The Dell XPS M1530 Notebook PC is ok but not a great notebook. The one I purchased has 128MB NVdia 8400M G Nvidia graphics card, 15 inch screen, with intel core 2 Duo processor, 4 GB of RAM, with 500 GB Harddrive, it comes with dvd/RW, a 2.0M Pixel camera which is not very good for now adays. it has wireless wifi , bluetooth, basically everything comes with computer now adays. But I tell you, it has so many problems, the workmanship of the case is bad, the outside part is falling apart after a few months. The harddrive forever complaining about read errors. I was not even having it to read anything. The mouse is hard to click, it makes it impossible to even just navigate the web and purchase some items. Why does it asking for upgrades evertime I turn it on. What makes it worse is that after a few months, I started to see pixels disappear on the screen. It is lighweight, an that's about it. The figerprint reader never worked.