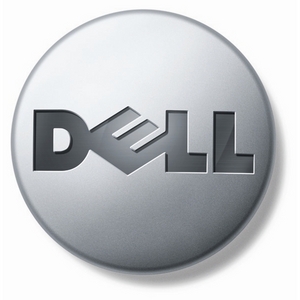 I am a computer user. This dell had xp home on it. I was just playing games and watch a dvd on it. The cd-dvd drive was a fair idea for a $500 laptop at the time. The laptop had no wireless lan or so back then. The usb and expansion slot. I used diap up to check email and that sort of thing. I discovered the laptop was going crazy one day. It was warm and I shut it off. The truth after a 2-3 year span it shut off. I turned it on and a odd message appeared. Something like-overheat and a code. I just ignored it. I used the computer again and it felt like a heat pad or so, shut off! AGAIN! One day it never passed the boot or start up process. I heard a click and then you know. The 'dell' never turned on after a while. I was fed up! Please do NOT buy a dell laptop, they are no good.

Dell doesn't back their warranty so do yourself a favor and buy another brand.

At the moment I am very unhappy with Delll Computers, but I can't say the same about their service plans. I have had to use my plasn several times and the service had been great. Although I believe I shouldn't have to have used it. I've had every part replaced in my currant computer, but my Dell warranty service plan has covered it all for "free". If one buys a Dell, they better get the service plan 'cause they are probably going to need it.  Nancy Peck

For anyone who hasn't built a computer themselves from scratch, you need to get a Dell warranty with any Dell purchase. I have mixed feelings about the service. The overriding concern is that a product should be sold that is problem free not to need a warranty. However, every Dell I've owned (5 so far, 3 desktops and 2 laptops) have needed service and everyone I know who's had a Dell has had similar problems requiring service. Therefore, even though the service plans are expensive, they are not optional.It is a struggle to get any part repaired or replaced. Though I am not a tech geek, I've used computers since I was a little kid. So I know when I make a call to customer service, it will end up that I have to ship the computer to them. However, there is no prevision for this in the call center scheme that they use.The phone service people do not seem to have technical skills; they only read what is on their computer screen. Therefore, you cannot just get on the phone and tell them what is wrong with your computer and send it in. They have to diagnose it.Be prepared to spend at least 3 hours on the phone with someone going through all of the diagnostics with you (and doing the same tests several times). Always attempt to find a resolution to the problem on your first call as it is nearly impossible to resume at the place you left off on the last call. They insist on going through the same procedures, even if you tell them you've already done it. On my first desktop, they sent a repair person to install a new motherboard. However, I still needed to go through 3 calls, all over an hour and a half each, to get someone sent over. Since I feel the biggest hassle is the call and not shipping the laptop, I don't think it was worth the extra money to get on-site service. The repair person was probably faster than shipping it in (I was able to schedule an appointment that same week), but not by much. Also, the first time he came, he had the wrong motherboard and so we had to schedule a second appointment.On two separate occasions, our laptop has not been fixed the first time it was sent in. This is incredibly frustrating because when we called to say that the problem had not been fixed at all, they made us go through the same diagnostics a second time before letting us return it to them a second time to get it fixed.All in all, the warranty is a time-consuming, frustrating and expensive purchase. However, I and all of my friends have needed it. It is an evil, but unfortunately a necessary one.

After purchasing a Netgear ADSL dual band wireless rouuter from Dell, they give you 21 days to turn it back in if there was a problem. Well, while it came  I was out of the state dealing with funerals and grieving families, when I got home, there were no wires in the gray plug for the phone line. NONE. The equipment was completely faulty, however dell tells me it is none of their concern since it isn't a dell product. Why carry other brands which granted are still under warranty that you cannot return due to faulty equipment? I called netgear and was on hold for 1 hour after explaining to the guy 10 times I knew how to plug in a telephone wire and there were no metal receivers on their mode. He literally put me on hold for 1 hour and I finally hung up. This product is under warranty but no one seems to take that into consideration. Beware of the return policies for dell, some are only 15 days! Their customer service sucks too. Dell never has a solution and getting one out of them is a rarity. They always have an excuse and it usually falls on the fault of the consumer. **BUYER BEWARE OF BOTH NETGEAR AND DELL!!!**

I had horrible service last time I got my dell computer, I have always used dell always will but the people we talked to were unhelpful and rude. Also they were very hard to undersrtand. Also when there was a problem with my computer the day I got it in the mail, it took them almost 4 weeks to send someone out.

I brought a dell Laptop 6months ago.Before I used use HP and now I got this laptop . My friend refered me Dell .Anyway,Dell laptop are good in using rough and easy to use... Battery lasts long 2 hrs with out power.I just loved.this.This has all features that i want and got for very decent price.Go for it and you will not be disappointed.

I have a Dell PC with a re-newed two year warranty. First of all the warranties they offer are expensive. The do anythng to get you sign up for additional warranties which is ridiculous. I've had issues with with viruses in my computer that I couldn't resolve so I called a Dell technician to help me with the issue. The overall service was somewhat satisfactory but the thing that was annoying is the fact that they keep switching me to different technicians as if they didn't know what they were doing. And to top it off most of these technicians had such heavy accents. I needed them to repeat themselves on what they were explaining to me. But at the end of the call the problem did get resolved but it took a long time. It also seems there's is a warranty for each separate part of the computer which is ridiculous. There should be a warranty for the entire computer itself. Over all I'm not too happy with their services.

Bought a DELL INSPIRON 531S DESKTOP PC!  Having numerous problems  with it, Weeks of tech support supposedly fixing the computer, but only making it worse.  They told us they could not send a tech out to fix it until they diagnosed the problem, However, that is not what our warranty said and what we paid for.  It is less than 2 months old, DELL will not honor the warranty I purchased and they won't fix the PC.  On top of that they want  me to pay more for support if I want support or help from a person working in the UNITED STATES OR CANADA.  This information was not presented to us at sale either nor was it stated in the warranty information.  SOME RIPP OFF THAT IS!  **My advice, Save your money and BUY AN APPLE Computer**.  You will be by far better off in the long run and much happier with your product and purchase.  I don't recommend buying a Dell product to anyone and no Dell product will ever come through the door of my home again!  Good luck to all of you out there purchasing computers.

When i bought my new computer 2 yrs ago. i was very apprehensive about buying the total care package.But i decided to buy one, and to this date have used it twice. Once when the DVD player stopped working they cam and put a new one in did not cost me anything.the second time i was sitting by the pool in the back yard and one of my grandkids had a accident. lets say there was nothing salvageable about it. and dell  service rep.  called the repair house. I sent it to them, and with in a week had it backand it looked like a new on did not have any of my info but the hard drive was also not salvageable. again did not cost me a thing.it is now out of warranty and i have give n it to my grandson. and i bought a new dell with the total  care package.again it is wort every penny. and hopefully i will not have to use it this time.