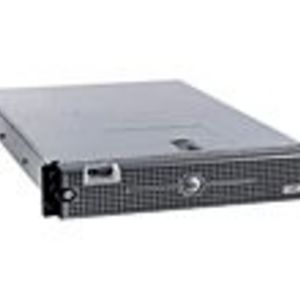 **Qualifications:** *I am the manager (Network Administrator) of a medium-sized server farm in the Mid-West, which consists of some 150+ Dell PowerEdge servers of various models and designs.  These models include 1750, 1850, 1950, 2650, 2850, 2500, 2600, 2850, and 2950 servers, running Windows 2003 Standard Server or Windows 2003 Standard and Enterprise Edition.* Servers, they come in all sizes and perform a myriad of duties in any modern data center.  From application servers, to populating databases, from file servers to print servers, from mail services to collaboration services, the modern server is indeed to backbone of any modern business, be it large or small.  In my capacity as a network administrator I have worked on and administered all manner of server platform from all of the major vendors: *IBM, Hewlett Packard, Compaq, and Dell*.  But for the last four years I have worked almost exclusively with *Dell* server platforms of all sizes, from the small 1U's to the larger 6U multi-hard drive, multi-processor rack mountable boxes.  So I have lived through to evolution of the Dell 2000 series of 2U rack mount servers, the latest of which is the **PowerEdge 2950**, a few of which we have just started to receive in our datacenter. The *Dell* **PowerEdge 2950** is the follow-on the very successful multi-use **PowerEdge **2U** **rack mount server boxes, and as I mentioned above is in almost every respect a larger **PowerEdge 1950** with much larger storage capacity.  This is the first generation of PowerEdge servers to include fully buffered DIMMs in up to eight slots; SAS (Serial Attached SCSI) hard drives; TCP/IP Offload Engine, and enhanced virtualization technology which Dell claims will improve *"overall server performance in virtualized server environments such as Xen, Microsoft Virtual Server, and or* *VMware ESX*." Data Center server virtualization is becoming increasingly popular so this improvement is welcome, given the past performance of some Dell server models in this crucial arena.    The **PE 2950 **supports up to two 64-bit Intel Xeon dual-core 5000 or 5100 processors with processor clock speeds of: 1333MHz and up to 4MB of L2 level cache (2MB cache per core); the models vary.  Like the server it succeeds, the **PE 2950** sports the Intel 5000x chipset that supports two 64-bit PCI-X slots, and a maximum 32GB of DDR2 667 SDRAM and can support up to a 750GB SATA hard drive/146GB SAS drive in a number of different configurations. The **PE 2950 **continues Dell's tradition of the simple to use tool-less chassis.  This design enables one to quickly and effortlessly reach components for easy maintenance; virtually everything inside the chassis can be swapped out (removed) for easy replacement.    Dell's *Open Manage* suite of software enhances manageability, from initial server start-up through everyday operations by allowing for server hardware management via a web interface.  And server updates can be performed from within the Operating System, including BIOS upgrades, though a server reboot is usually needed afterwards.     The Dell **PE 2950** incorporation of dual core Intel 5100 processors coupled with fast expandable RAM and 15K SAS hard drives make the server a performance star.  In addition the server is highly flexible allowing for the installation of SATA drives up to 750GB allowing for a whopping 4.5TB of total storage space; again ideal for a virtualized server environment.     If you are looking for a reliable, versatile, powerful and reasonably priced application server, the small-footprint Dell **PE**** 2950 **Enterprise-class** **application server will most certainly fit the bill.