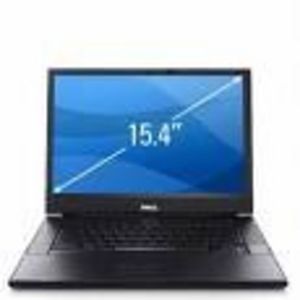 My E5500 ran Windows 7 Professional. It does not work anymore but that will not affect you, I downloaded an application that harmed it. However it runs Windows pretty well and is good for business or even a kids laptop. Ease of Use The laptop is simple to use for the fact that it does come equipped with Microsoft Windows 7 Professional, as well as this, the bios setup is custom and is very easy to use because it actually lets you use the mouse. Battery Life The battery life is Marginal on this laptop. It tends to drain after about 2 hours of using it which is not good for traveling so if you do a lot of using your laptop without the adapter than you should steer clear of this laptop. Support & Service I tried calling Dell awhile back to fix this and they didn't charge me any money but the quality was very poor and did not suit my need by fixing the laptop. Speed/Performance This laptop was very slow, it was given to me in 2013 but it was used and was very, very slow however after awhile I got it to run ok again. Just don't expect Internet Explorer to load up in 10 seconds. Design The laptop is very bulky and somewhat heavy for a 15.6 inch laptop. I never weighed it but it weighs at least 3.5 pounds. But the design looks like an average Dell but looks very obsolete. Durability I never had dropped it but however its case is 99.5% plastic so it is probably durable

I work from home and have a complete home office set up and ready to work! I have recently purchased this laptop and have not seen the inside of my wonderful office in weeks! I love this laptop! There is nothing it can't do and no need for me to sit in the office anymore! This laptop is amazing! It does anything my desktop does only better and more portable! Ease of Use unbelievably easy to use! There is no laptop I have ever used that was easier than this one! With all of the trouble shooting options there is no problems you can't find the answer to! Battery Life The battery lasts longer than what I am used to! I love the battery life from this laptop! Support & Service I have only called in to support one time but the time I did call they were wonderful! Helped me very quickly! Speed/Performance Super fast and wonderful speeds! The performance from this laptop is like no other! Design Love the design and layout! Can't ask for anything better! Durability I have not dropped it or anything yet, but the durability seems good so far!

I really cannot stand this computer. I had a Macbook 13" laptop before this, and this one is just awful in comparison. It is very slow and the battery life is poor. It takes way too long for pages to load and the fan is always running! It gets very hot extremely fast and it's not an ideal computer for doing work on. I do not like it and I do not recommend it.

Dell has both the Inspiron and Latitude lines, with vastly different price points, for what, on the surface, are minor differences. The Inspiron computers are marketed more to the home end user, and the Latitude for those business types. Unfortunately, the Inspiron, while less expensive, have a much less durable case, keyboard and monitor. I've had both, and I currently am typing this on my Latitude laptop. The case has a much denser plastic, and the keyboard has a more durable feel to it. The Inspiron series' have a glossy display, but that thin sheet of plastic is all that protects the screen from damage, while the Latitude has a much better covering over it's monitor. Lastly, when shopping for a laptop you'll probably consider the weight. Keep in mind that while any Inspiron laptop will be lighter than it's Latitude counterpart, that light-weight design comes with a risk of damage if dropped, even from a short height. My 20lb baby has stepped on my closed Latitude laptop without damage.

it has a finger scanning thing which is fun, but doesn't work with windows xp. the speakers on this laptop are better then most. it is wifi capable, the display is a decent laptop monitor, battery life lasts at least half a day. one downfall is that there is no number keypad on the keyboard.

Fast downloading, easy to understand but mine has a small problem when I get dont typing or using a key I can use my curers to move for about 5 seconds after typing, kind of a pain but other then that its a great personal computer. Battery Life mine will last 5 hours being on, after unplugging Support & Service not had to call yet Design I wished it came with a couple of free skins or able to decorate it easily

This was the new line in the standard line of laptops to be used by my work. The last style was the dell 620 latitudes. This was a huge performance boost over that last line of laptops. We had to upgrade our set to 8GB of memory, and that really helped, since we run virtual machines for demo purposes. I have to say that this laptop has been quite rugged and powerful for everything we have been doing. I have noticed one downside to it. It tends to overheat, or at least it thought it was overheating. The speedstep was getting clocked down for a while, when the laptop thought it was over heating, but a bios release about 6 months ago fixed that. But the laptop itself still does overheat periodically. Found that it only takes about 2 weeks for the air vents and fan to get clogged up a bit with dust. Which apparently that is all it takes to cause overheating, is a little bit of dust. My desk area is really clean, and is cleaned every day, but I have gone through 2 cleanings/replacements in the last 3 months. Overall, this laptop has the performance for its class, but the overheating issue really makes this laptop questionable.

I got one of these laptops at work, for my daily tasks. Initially, I didn't think much of it, as it seemed kind of sluggish while I worked. The thing is this was probably more than likely cause by the load that my company puts on these (lots of background programs running cehckig things and "Big Brothering" you... BTW, the OS that was instaled was WIndows XP. Recently, we had a "makeover" done on it, where they changed the load for the new one, and this was changed to a load based on windows 7.  I must say, the laptop now response much quicker than before, and it really is a pleasure to work with! I usually have several programs open at a time, lots of admin tools for networking, and this handles them all like a champ. Likewise, we tried loading it up with a Linux live CD (Ubuntu) and that really made it fly (of course, no sneaky programs in the background, right?) We're talking about a C2D processor, @ 2.8Ghz, with 4GB of RAM, and the graphics, well ok, not so great, but this is intended to be a business laptop, not a gaming platform, so if you're looking for that, go get yourself an Alienware machine :D If you're need of heavy duty laptopts for your company/business, the E6400 is a serious candidate to consider, and you won't go wrong with it.

Fantastic speedy little laptop. Comes w/everything you could possibly need. Got Windows 7 Professional and a SSD. Extra USB ports. Don't like the track pads so I got a wireless mouse too. It's a great computer. It's got a 14" screen so it's small enough to fit in luggage but big enough to read. Backlit keyboard is a plus. Ease of Use This is my first laptop and it's fantastic. Battery Life No issues w/the battery so far. Power cord is plugged in most of the time anyway. Support & Service So far so good. Speed/Performance W/the SSD it really boots up quickly.

I've had my Dell Latitude Laptop for over five years now. All my friends have had their computers fail, hard drives crash, and whatnot. Over five years, the only problems I've had have been with the screen, which Dell replaced quickly and easily. I have the utmost confidence that my Dell Latitude will last me for years to come, keep my data safe, and serve me well. I have every intention of getting another Dell when it's time for a new laptop. While it might not be a trendy new machine, it does exactly what you'd want a laptop to do for you. The Dell Latitude is a great size - it's not too wide, as some laptops are, nor too small. The keyboard is the perfect size for typing, and has both a trackpad and one of those mouse buttons, so you can choose the way you like to surf. I highly recommend this computer for anyone looking for a durable, reliable, fun laptop you'll be proud to carry with you!