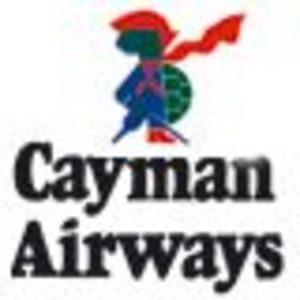 It is vacation time! Service As with most things in the Caribbean, some things may seem a little outdated as compared to things in the United States. The plane was slightly dated, but nothing major. Cayman Airways offers flights from a number of airports along the eastern coast of the United States to the Cayman Islands at a decent price. In addition, Cayman Airways is THE airline to fly within the Cayman Islands as they offer the most daily flights from Grand Cayman to Little Cayman and Cayman Brac. In-Flight Accommodations For the most part, the in-flight accommodations that were offered on my Cayman Airways flight were average for international airline carriers on the market today. However, Cayman Airways has not forgotten about treating your international passengers to a couple of extra perks. There were no fees for my one piece of checked luggage. In addition, we were even offered a tasty adult tropical beverage once we were in-flight.

Most people won't be able to use Cayman Airways because they only fly out of three U.S. airports and only serve Jamaica and the 3 islands of the Caymans. Very small route map, very small airline. They are not for everybody, but if you can use them, you will like them. I live in Miami, which is one of the three U.S. airports where Cayman flies. I first flew with them when I was living in NYC, which is another of the three. Tampa is the other U.S. destination. Most flights go to Grand Cayman, but they also fly to Little Cayman and Cayman Brac. These are good places to escape from the crowds because most tourists stay on Grand Cayman. The planes are nice and the flight attendants are very friendly. There are not usually meals served on Cayman Airways because most flights are very short. The longest one is from New York to Grand Cayman and that only takes about 2 hours. The flight attendants are very friendly too. If you are in New York or Florida, try Cayman Airways. They are a good way to get to the Caribbean.