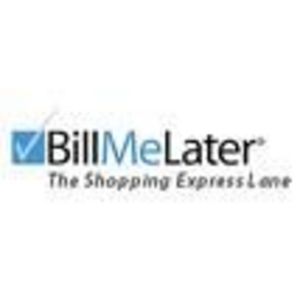 I've successfully used BML about four times without complaint. However, when my latest purchase turned into a return I found out how horrible they are! I purchased a trip on bookit.com, then cancelled it three weeks later without an issue on their part, they said it was cancelled and sent me a confirmation email. The following month I received a bill from BML with the trip still being charged. After spending at least three hours on the phone to get it resolved, including a three-way call with BML and bookit.com in which the bookit representative said they could send BML a cancellation to get the fee removed, I'm still fighting for my money. I was told by BML to fill it a dispute form, so I did but as of the following day they say they haven't received it. I only have about a week left to file a dispute. They then can take up to 90 days to make a decision on the refund. I'm now seeking a possible lawsuit to get my money back. Point of story, never in my life have I seen such a bad return policy and I'm speaking from a travel and retail professionAl background!

**Bill Me Later from PayPal is just bad...** I was excited when I was able to earn $10 free for my first purchase with * Bill Me Later* and even more excited when I found out I could earn an extra 2% in *Ebay Bucks* when I used it as well!** However **I have found out yet again that you must read the fine print. First off I actually spent about $900 in multiple transactions over the course of 2 months on *Bill Me Later*, I have also had words with them on E-Mail and Phone. With that said, I am more or less an expert on their policies, procedures and why they are **"the suck"**. **No Quick Claim** **PayPal** owns *Bill Me Later*, but do not fall under the illusion that you are protected by *PayPal's* protection. *PayPal* and *Ebay* will NOT deal with any purchase you made using *Bill Me Later*! You can't even open a claim on an *Ebay* Seller through either *Ebay or PayPal* at all! You have to go through *Bill Me Later* which REQUIRES you to mail them a written-complaint describing the situation that took place (such as seller fraud, item not as described, never received item etc). You have to waste your printer's ink, paper, envelope and a stamp and then send it off in the mail. After about a week when *Bill Me Later *receives it and gets around to filing it, THEN they can start working on your claim. **Requires Bank Payment** When you are ready to pay for your *Bill Me Later *balance you will find out that the ONLY way to pay it is with a linked bank account. No credit cards! I for one love to earn rewards for using my credit card and then I pay my credit card off in full at the end of the month with my bank (like when I use my credit card through *PayPal*). However *Bill Me Later* does not permit this and the extra 2% ebay bucks did not cover the loss of credit card points that I could have earned from $900 in online purchases. **Overall** *Bill Me Later* has a long way to go before I would even consider them again. I e-mailed them to CANCEL my *Bill Me Later* account completely. If they ever integrate into *PayPal's* online claim service and allows payment with credit cards, then I will re-open my account and enjoy the extra 2% in *Ebay Bucks*!

Shopping online has become a regular way of life for me and I will often turn to the internet first when the need for a good or service arises. I usually make payment with either a debit or credit card, but there are some good alternatives to these methods and one is **Bill Me Later**, an online finance company. **Online Service Commentary:**** **Bill Me Later, found on the internet at billmelater.com, offers customers a means to make payments and, like its name suggests, get billed at a later time. What sets Bill Me Later apart from credit cards is that it offers a longer grace period, free from interest accrual. Bill Me Later offers its members a means to shop online, charge their order for future payment, and incur no interest provided the bill is paid within 90 days. This is much better than using credit cards, which (at best) offer only a 30- day grace period before interest starts to accumulate.     Saving money on interest is great and from the time I opened up my Bill Me Later account, I have not paid a single penny of interest because I have always paid my full balance within the ninety day window. One question many of you may be asking at this time is the obvious: If I don't pay in full by the 90 day mark, how bad is the interest and does it eliminate the advantages of using Bill Me Later? Well, the interest rate for those who carry a balance is, in fact, pretty bad: 19.99% the last time I checked. This rate is almost as high as some of the store credit cards and certainly higher than most MasterCard, Visa, and American Express accounts. For this reason, purchasers who use Bill Me Later have to be very careful. The interest will be applied retroactively if payment is not made in full by the 90th day following the date of purchase so it is critical that you pay your balance within ninety days. If time is running out and the 90- day mark is close, don't take a chance with sending a payment in the mail. Use the online bill pay at Bill Me Later to clear your balance. There is a small fee for this service, but the interest saved will easily be worth the small fee you incur for using online bill pay. Better yet, consider calling in a payment. Bill Me Later doesn't charge anything for this added service.  Looking at the online site for Bill Me Later reveals a simple web design with little clutter that is easy to follow. When I logon to Bill Me Later online, it is usually to inquire on my balance to make sure it is paid in full or to seek out special offers for online merchants. Bill Me Later divides its online affiliate stores into categories so if you're curious about which online stores accept Bill Me Later, you can click the category and scan the list. Only a relatively small number of merchants accept Bill Me Later, but the numbers continue to grow.   **Bottom- Line Viewpoint:**   Bill Me Later is a very good, low- cost option to traditional means of financing your online purchases. It is an excellent service for those who fully intend to pay off their balance in less than 90 days because no finance charges will be incurred. If you are the type who is disciplined and can pay your balances off quickly, then Bill Me Later is the credit plan for you. It's a nice alternative to traditional credit cards and it can save a bundle in short- term interest charges if used properly.

Remember layaway? Since most stores don't have that anymore and sometimes you just need a little time - Bill Me Later is there to "help." Bill Me Later is an online finance company- think credit card without the card. **What I like about Bill Me Later:** - a 90-day grace period of charges without interests, penalties or late fees as long as your bill is paid within 90 days. - monthly billing statement online or via snail mail  - - good customer service with e-mail, regular mail and a toll-free number. There's also a special phone number for Merchants. - payments can be made online or send a check as well as payments from your a checking or savings account via telephone with no extra charge - can't pay in 90 days, you begin accruing interest at a rate about the same as most credit cards - lots of stores (over 1000) with the Bill Me Later option - Special money saving deals through the site - Simple, uncluttered web page that is easy to follow - Your Bill Me Later account can be accessed from the web site of any affiliate - Saving money on travel Honestly what's not to like? Well, one thing, I don't like that you don't know what your open balance is.  There is no notice of a "credit limit" so you may go to purchase something and THEN they reject it. And of course, the payments and interest rate but you would get that from any credit card.  What I like best is that often I need to purchase airline tickets for family to come visit me. I can use Bill Me Later directly from the airline sites by answering a few security questions. If my parents decide to help me with the tickets or I get reimbursed for the purchase I can easily pay it off before the 90 days is up but not dipping into my every day budget. The trick - don't use it unless you need it and always pay it off in 90 days.