Back to Basics Toys Reviews 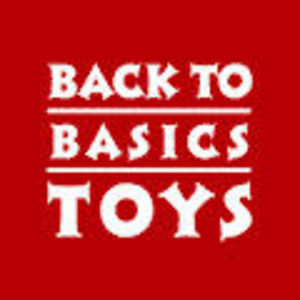 What A Nightmare before Christmas ! I am Sitting here December twenty seventh still on hold after trying 5 separate times today holding 20 minutes at a time. My 4 1/2 year old son has been at my front door crying for his snow cone maker I ordered on December 7th in stock order paid for never received on 12/20 I checked shipping info said order shipped fed ex 12/16. Called fed ex they said order was not available when they went to pick it up called to check on order order was lost in warehouse then found and was supposed to be expressed shipped to me by Saturday. Saturday came and went called Sunday order was being expedited overnight. I have called sent email's and still no human contact I can't even cancel My son first saw the item in their catalog in September it is all he talked about to anyone who would listen. I am soooooo disgusted. Stay away I justed checked online Walmart has the same product on sale for half the price. never never again.

This is the most dissapointing shopping experience ever.   We got the run around everytime we spoke with someone.  There was no way to get names and contact anyone.  Phone calls were only returned once to tell me the crane we ordered Nov. 26 2007 would not arrive in time for Christmas.  I still have no confidence it will arrive at all.

I ordered the item 10 days before Christmas, hoping that I will get it , since there were no warnings as to the dates by which you should order to get it by Christmas ( like all other normal stores have) The item arrived after the New Year, so I asked them for return label, they kept me hanging for a few weeks telling I will get it by e-mail, and then at the end, when I called them again, announced that I will not get a free return label. I got sick and tired of them, so I figured I will pay for the label, they would not send me any label at all, even after I suggested I will pay myself. I will not even consider this store for my next purchase.

I ordered two items for my son for Christmas, but because he's three, it didn't really matter if he got them by Xmas.  Unfortunately the last ordered I'd placed with them was for my niece who lives in Minnesota (we're in CA), and inadvertently had the order shipped to MN.  I caught it as soon as I had received the confirmation and called them within 3 minutes (I know this because their rep said, "Wow, you submitted this order 3 minutes ago and you're already calling us?!), to rectify the situation.  The guy on the first call said it wouldn't be a problem and flagged my account or something.  So I called the next day to confirm and the second person didn't have a record of any "flag" but said she'd do it and it wouldn't be a problem.  Another day goes by and I get an email confirmation that my items have shipped and are going (wait for it)...  to Minnesota!  So I call again and explain and after being on hold on and off for over a half an hour and not being able to speak to a supervisor ("The supervisors are taking care of important matters" I was told), I was told a supervisor would call UPS to stop my delivery and they'd call me back.  After 8 hours of not hearing, I call back and NO ONE knows what I"m talking about, including the supervisor I again couldn't speak to but whose messaged was relayed by the person on the phone.  This is the same person who told me it was my fault for putting the wrong address.  I was just left a message from the supervisor that went exactly like this: "Mr. X this is Amy from Back to Basic Toys, unfortunately we're not able to change the address on your package. Have a great holiday"  I wish I was kidding. Needless to say I'll be reversing the charges with my credit card company and doing my best to spread this review to as many sites as possible.  Unfortunately what is posted on the internet is true, the customer service sucks, they don't care about the customer, and don't have the first clue what customer service is. This is why Amazon is taking over the world.  At least they stand behind their products and procedures.

My mother uses the Back To Basics catalog to order Christmas presents for my kids yearly and she has never had any problems with Back To Basics.  She does often order presents sometime around October or November, as she doesn't like to wait until the last minute, so I don't know how they would rate on a last minute shopping kind of way. She is a big paper catalog person.  She also likes to order over the telephone.  Back To Basics Toys offers both along with on-line ordering.  She reports that the customer service represenative is very helpful in answering her questions as well as prompt in delivery of whatever product she orders. Everything she has ordered has come within a week or less and she only requests standard shipping.  The toys she has bought for us are all of very high quality and is very durable.  My kids aren't exactly easy on the toys.  They are very oral and tend to chew on everything, when they were younger they also threw everything.  So the toys we order need to be of high quality or else they will break quickly. I've read on this comment section that a lot of reviewers have had bad experiences with Back To Basics Toys.  That has not been my mothers experience with ordering toys by phone and placing an order that way.  And my experience with the quality of their toys is great.

Received item as gift. Item received in beat up condition. Contacted seller about condition of received item...very uncooperative and unprofessional customer service. Ended up returning item at my own cost...refused to issue refund...store credit only. Customer Service very bad at answering questions and constantly putting you on hold or transferring you to nowhere. Will never make another purchase through this company again. Another caveat...compare their prices on items with other companies...way overpriced for identical items that can be purchased through Targrt, Walmart and other online retailers.

Back to Basics Toys is awful. They have terrible customer service to put it mildly. They did not ship the Santa gifts for my son but did charge my card and let me pay for the faster shipping. I got one of the items that I ordered. I called them and the attitude was "oh well".  Back to Basics Toys is ROTTEN!!!

Ordered what I thought was made in USA.  Site misleading.  Sent wrong toys, told to donate to charity (that was a good thing)....still waiting on 2 items that I paid for in DEC that were suppose to be for my children's Christmas.  It is now MAR 17 and nothing.  PLEASE DO NOT EVER ORDER FROM THIS COMAPNY - you will be disappointed.

On December 11, 2007 I ordered a gift to be shipped to my nephew in South Bend, IN. On December 14, 2007 I received a shipping confirmation for said gift.On December 18, 2007 (after checking the Fedex number for a couple of days), I called customer service to ask if the gift was going to be shipped in time for Christmas as the Fedex tracking label stated that they had received the information, but no package.  I was told by the customer service representative  that there had been a problem and several packages were delayed, but that it was upgraded to next day air and would arrive in time for Christmas.  On December 20, 2007 after being told that I would receive a confirmation email on 12/20/07 for the next day air, I called again.  Luckily, I have a speaker phone and was able to clean the kitchen for the 45 minutes I was on hold until the line dropped.On December 21, 2007 I attempted to call customer service again, but was unable to get through.On January 6, 2008 I received an email from Back to Basic Customer service apologizing for the various problems that had happened over Christmas with a 20% off coupon. On January 11, 2008 my sister called me to ask where my nephew's Christmas  gift was.  On January 12, 2008 I sent an email to customer service to ask the same thing.  I have not heard back.On January 12, 2008. I called in to Back to Basic toys customer service to find out just where said toy was.  The customer service representative was a bit curt, but did try to find out where the gift was and offered to resend it.  On January 16, 2008 my sister received the wrong gift (which was considerably cheaper than the one I ordered) and could not return it as the return tag was misprinted and she couldn't read the address.On January 16, 2008 my brother-in-law called customer service to return the wrong gift, get the right one and a return postage tag.  He was very careful to explain the gift needed to be shipped to South Bend, IN even though the billing address was in Albuquerque.On January 17, 2008 I received an order confirmation from Back to Basic toys for my nephew's gift, being sent to MY address.  I live in Albuquerque, NM, not South Bend, IN.  Every shipping address they have received from me is the South Bend address.On the evening of January 17, 2008 I called Back to Basic toys to get the shipping address changed.  I talked to Karen (who was quite a nice lady) and she told me she would email her "team leader" Megan to have the address changed.  On January 18, 2008 I received the shipping confirmation that the gift was coming to Albuquerque.  I called again, was told that Megan was not in yet.  I waited an hour or so, called back and got to Megan.  She assured me that she would get the address changed.  I told her I wanted a confirmation email that the gift was being sent to the correct address.  She told me she could not do that, but would try to have her supervisor do so.Checking the Fedex info this evening, the gift has been picked up from Back to Basic toys and is coming to Albuquerque.Needless to say, I am really not pleased.  At this point I am going to try to contact Fedex and see if I can get the gift rerouted, as it is obvious the customer service group at Back to Basic toys is not able to.This will be my last time dealing with this company.