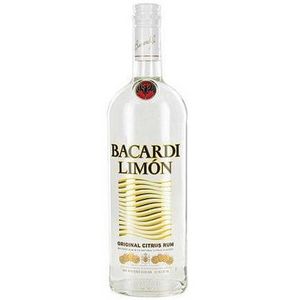 **Intro**I'm not quite sure how or when this became my preferred drink, but I used to prefer rum and cokes in the winter and gin and tonics in the summer. Somehow I stopped the gin and switched to Diet Coke, and I added a lime, and it became my drink of choice year round. A few years later, Bacardi came out with the lime-flavored Limon, and everyone that knew me and my drink of choice was saying I had to try it. My kitchen is now never without a bottle.**The Taste**It's hard to keep limes on hand. Well, not hard, but not really beneficial, and wasteful if you don't end up using them more than every other weekend or so. I've found Bacardi Limon Rum to be a pretty good substitute. It's so similar, you really don't notice much of a difference, and it makes making a drink much easier if you're not slicing up a lime every time. Sometimes I'll still slice up a lime and throw it in there if I've got it, but it's really more just for effect, and seems like overkill. The taste really doesn't need any more lime.Additionally, it's such a strong lime flavor, it can disguise the strength or weakness of the drink. I'm not quite sure how it works both ways, but it does. I can make a drink pretty weak, with mostly Diet Coke in it, and I can barely tell that it's weak, unlike regular rum. I can also make it really strong, which isn't necessarily advisable, but let's face it, we all do it sometimes. It doesn't taste like it's heavy on the liquor at all. If I try that with a regular rum, it makes me shudder, because it's so strong. Not so with Bacardi Limon Rum.**Conclusion**I'll order a rum and Diet Coke occasionally at a restaurant or bar with Bacardi Limon Rum, but not very often, as it's more expensive to order as a top shelf drink, and I can get the same flavor with whatever house rum they have and a lime twist. But, when I'm at home, it has to be Bacardi Limon Rum, and if I'm going to someone else's house, I bring a bottle with me.

Rum, along with, whiskey, ranks as my favorite among the basic liquors found behind most every bar. Similar to beer, I prefer my rum to be pure and natural, but I will reach for the occasional flavored rum to add a new dimension of taste to an ordinary mixed drink. And one flavored rum I have tried and like is **Bacardi Limon Rum**, a product of Puerto Rico. **Rum Commentary:**Bacardi Limon Rum is completely clear in color with a nose that combines alcohol with a faint hint of citrus in the background. You don't notice the citrus enhancements much in the aroma, but you do notice them in the taste. The flavor of this rum is sweeter than regular rum with a flavor of alcohol, molasses, and a touch of butter (the rum attributes), along with the pronounced taste of citrus. The citrus flavor is primarily lime, with a backdrop of lemon. The citrus flavor becomes more evident in the aftertaste, once the bite from the alcohol has faded.  Bacardi Limon Rum is one of a few flavored rum products I purchase on occasion and the main reason I purchase Bacardi Limon Rum is for its use as a liquor to add to mixed drinks. Taken as a shot, Bacardi Limon Rum isn't that tasty. It is sweeter than regular rum, but there isn't much in the way of smoothness with this product. However, it adds a new dimension of taste to certain mixed drinks and it eliminates the need to add a lime or lemon wedge to your favorite mixed beverage.  Among mixed drinks, I have found that Bacardi Limon Rum is best used as a substitute in the simpler drinks. It tastes very good combined with a glass of Coke, Pepsi, Seven Up, Sprite, or other soft drink. A rum driver (rum and orange juice) is also quite good with Bacardi Limon Rum. All of these drinks taste good with this liquor, but that doesn't mean any rum drink will taste better with Bacardi Limon. Drinks such as egg nog and pina coladas still taste better with regular rum.   As for the alcoholic strength, Bacardi Limon Rum is only slightly weaker than regular Bacardi rum. It contains 35% alcohol by volume vs. 40% alcohol by volume found in the regular product. Many people have tried to say that Bacardi Limon is too weak, but a five percent difference is really nothing. It only tastes deceptively weak, due to the sweetness of the flavor profile.   **Bottom- Line Viewpoint:** Bacardi Limon Rum is a good- tasting product that tastes good in many different rum drinks. I don't love it the way many of its fans do, but I can agree that it's a good tasting product with some good mixed- drink potential.