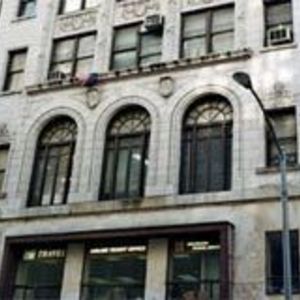 Simply horrible....purchased my ticket thru their website only to find out 5 days later that they never booked the flight with the airlines. The debit in my credit card was pending for the five days and I had everything planned for my SUPPOSED trip only to find out that it would never happen. For one weed I dealt with 5 different employees at BACC trying to resolve this problem (Roberta, Luana, Donald White, Jenny and Maria Sanches) and believe me, none of them know what they are doing. HUGE SCAM!!!!The prices may be surprisingly cheap but don't fall for it. I have already made a complain with the FTC and many other consumer rights websites. I hope these people are stopped soon otherwise they will scam other people as they did to me!!!

I used to be Bacc Travel employee. For the obvious reasons, I'm not publishing my real name here. This man is dangerous, he threatens people all the time, I worked for him for more than 5 years, he has this travel agency and other businesses, "Churrascaria Plataforma" a barbecue restaurant, "Emporium Brazil" a brazilian deli and restaurant, and he forbides his employees to go to his businesses, I had once a family member that wanted to know the barbecue place and I talked to him about it and he has hash, he said no way, I do not want any of "you" meaning "us" the employees on his businesses, This is what we faced, and you, that still working for him right now, take a stand, come here and tell you story, mine is horrible. One day he was suspicious of me, for some reason that I do not know why, and I made a mistake, a small one, somehting that I could fix it with a client, but he had no compassion, and I was fired in front of more than 10 people in the office with a lot of yelling and coursing, I should sue him for that, it was so humilliating, I think I will. The episode with Mauricio Leao, I know from inside, he is my friend and it is all true, Mauricio is telling the true story and he's  will never see his money  back, that what Joao deMatos told everybody in the office. Now, I just want to say, that if you have something to tell, just speak out, we all want revenge. ERA