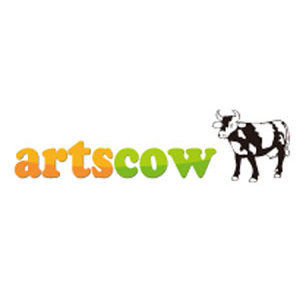 They will not stand by their products. I have had multiple problems with orders and they have not made good on any of them. Their customer service is full of excuses. This company has really deteriorated in the past year. Shipping also takes over a month most times.

This is a shady company with terrible customer service and poor product quality.

Artscow has low quality products for low prices. If you have a problem with service or the produce ... good luck. The representatives speak broken-English and are not able to communicate solutions. I wouldn't use this company ever. Stay away!

After reading the reviews I was initially concerned about ordering from Artscow but since they offer a very unique product (their new deluxe book line) I submitted my order. And I am SO glad I did! My jaw literally dropped when I saw the quality of the photo book compared to the other photo books I have printed in the past. REAL photo paper, super thick pages, and something akin to a layflat binding (no gutter though). The only negatives are that you are limited to 32 pages with the deluxe books and the shipping takes awhile since they are in Hong Kong. But as long as you are not in a rush it is worth the wait! I cannot wait for my next book that is arriving any day now... Oh and I should add even in humidity the book has proven more resilient than a competitor's real photo paper book I printed last year.

I have received 3 products from artscow. 1. coasters 2. mousepad 3. memo pad I have gotten all these for FREE. Artscow has a facebook page and whenever they have a free thing going on i take advantage of it. I wouldn't pay for anything artscow has because the things they have look cheap and the products i've gotten are cheap looking. Maybe you guys should create a fb page and join artscow to get free products from them or if you are already on facebook LIKE artscow and get the free things they offer. The coasters took a month to get which im not going to complain cause free is always good. the other two products have come in about 2 weeks. I wouldn't pay for any of their products now since i've read the reviews on here. I was actually going to buy something from artscow but after reading the reviews never mind.

Very unfriendly customer service(your loss attitude about not getting it by the holidays), website advised shipping would happen in 2-3 weeks, didn't even ship until 1 day before Christmas when the order was played in the middle of November. I would not recommend to family or friends. Disloyal customer!

Amateurish and unprofessional -- beware the stretched canvas prints especially. Prints will arrive crooked and off-center, no matter what they look like in the image preview -- customer service will tell you that no matter what, all of these prints will be off-center. Is this a joke? Garbage, you're better off just using your own printer at home rather than sending your money off to these Hong Kong crooks. Want a refund? You'll have to pay the return shipping, which is the cost of the sub-par item you want to return. What a scam.

I bought two gifts for Christmas and ordered prior to the date on the site that it reccommended so that the items arrive by Christmas. It has been two weeks and the pillow cases have not even been processed yet. The purse that I bought for my soon to be mother in-law has terrible stiching. The stiches are white and it is a black purse. The stitches are all pulled and it is pulling at the material. I now have three days to figure out a new gift and artscow will not refund money they will only provide a new purse if they AGREE with the damages that you say are present. If they do not agree which is completely biased on their part you will have to pay a restocking fee. Also everytime I have placed an order they always say it does not go through and I find this out four hours after I think it already went through and i have to resend my payment. Overall this site is terrible and I reccommend anything but this site.

I have been ordering from artscow for about a year now. The first few orders I placed I was satisfied with. Nothing great, but I was new to online ordering and a friend had suggested artscow so I gave it a shot. I placed an order this past April, 2011 and have no idea what happened. I receieved about half of the 800 photo's I had ordered, TWICE. If I ordered 3 photo's of the same print, I received six, etc. That would have been fine.....plenty to share with relatives but I was missing about half of my order. I emailed artscow but received a response that said I hadn't ordered correctly, etc. I needed to double check my order before contacting them again. I did double check and then triple check my order, even going so far as to lay EVERY photo out so I could make them into piles, covering my table, counters and floor. At that point, I emailed again and was told I could reorder and received a credit for some prints. No apology, nothing thrown in extra for my time like free shipping. I then had to figure out what I was missing and place an order. Stupid me, I placed another small order a short time later for about 150 prints. They were supposedly shipped on April 12. After not receiving the order, I emailed and was told that an average delivery is 10-14 business days. I emailed on the 15th business day and was told that I needed to wait a month. I emailed after a month and was told to wait another week. STILL NO PICTURES! Horrible customer service. Would love to talk to a live rep but have no idea when they are working in Hong Kong. BEWARE!!!!!

Stay away from this Hong Kong-base company..you are warned! I do a lot of shopping online and I have to say that artcow.com is the worst place. There is no quality control or quality check on the product prior to shipping it out and if you don't like what you get, be ready to pay out of your pocket for shipping it back to Hong Kong! Customer service is not willing to help you solve the issue fairly, instead, they will ask for you to give them more money in order to fix the problem they created.