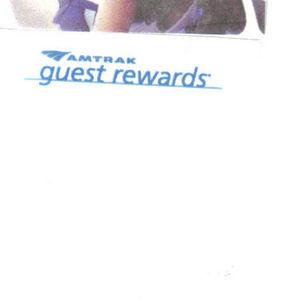 Towards the end of my first week in Eagle Rock, I boarded a train to travel up to Santa Barbara to meet an e-mail buddy of long standing.  Plans and reservations had been made for this side-trip and it was only left to me to be gently but firmly shepherded by my cousin's husband at what seemed like an ungodly pre-dawn hour (more like 9 a.m.) over to L.A.'s historic Union Station to board the *Amtrak Starliner*.  I only had one bag which I carried on instead of checking.  (I think the cost of the train was under $20 each way.) Amtrak has it going on, as we used to say when we were young and hip.  There has probably never been a more comfortable passenger seat invented than those on the Amtrak cars.  Just sitting there is a treat to say nothing of the great scenic view afforded by the windows.  (When the Pacific came into view, I was so excited I cell-phoned my aunt thousands of miles away and we had a perfect connection with no drops or interruption in our lengthy conversation.)  Since doing lunch was one of the first things awaiting me on my Santa Barbara agenda, food was not an issue on the train on the way up but I did notice announcements about a dining car and also saw people wandering by with great-looking stuff from the snack bar.  (On my way back to Los Angeles the following Monday, I foraged down to this snack bar where an Amtrak employee was doubling as cashier and short-order chef who heated stuff in a microwave.  I was hungry and so it came to pass that I tasted my very first Jalapeno Burger, which was delicious.  Amtrak has a great Guest Rewards program which made it possible for me to achieve what those of us who are serious about earning points call "*The Ol' Double Whammy*."  (I earned Amtrak points just by purchasing trips and also added to my United miles by using my United Mileage Plus Visa card to pay for them.) For their sincere effort and the many nice things about these trains, I am giving Amtrak five stars but this does not mean that total perfection has been achieved.  For longer, overnight Amtrak trips I would want my own private "sleeper" which is quite expensive.  I have also noticed that there aren't MANY Amtrak trains "in play".  On some routes, if you miss the Amtrak, **that's it, Kid** -- you are stuck until the next day.  Also, I have an issue with the bathrooms.  Though they appeared to be clean and well equipped with soap, paper towels and toilet paper, I am sorry to say that, unlike Amtrak, the flushing mechanisms in the train's toilets are just not getting the job done properly.