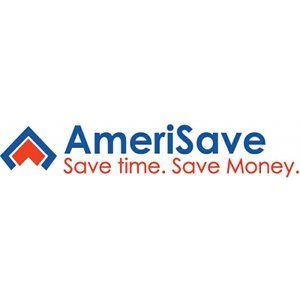 I was offered 150k at 2.25%. Amerisave dragged their feet for more than 3 months. The submitted final documents to sign for 2.91%, without saying a thing to me. When I questioned the increase, they said that product is no long offered. This is definitely a bait and switch. My advice is to go with LoanDepot. They gave me the same rate with much lower closing costs.

I filled out a loan request on the Amerisave website. I received an automatic email response requesting more information, which I provided. After several days I never got a response so I called Amerisave. After leaving a voicemail with the loan officer he contacted me within a couple of days. That was the only time I ever heard from him. He told me they would look through my information and get back with me, which they never did. I never received a yes, no or maybe. I had sent all of our personal information via email and received no response, which left me feeling very vulnerable. If you are looking for a professional company to get a loan, Amerisave is not it. I got one phone call out of the whole ordeal and never heard from them again. Go with a different company if you are looking for someone professional and willing to help. Customer Service Very hard to get them on the phone and they will not call you back.

Refinance - overview Here's a very brief summary on what you can expect. - Apply online - free - 30 minutes - Pay $30 for credit check - 5 minutes - Pay $300 for on site appraisal of your house - will be done within 48 hours - Fax over 100 pages of information to Amerisave (W2s, tax returns, bank statements, credit card statements, etc).  The usual stuff. - A friendly person will call you and have a conversation and he'll be a professional salesman, and the conversation will go well and you'll fee comfortable and confident with Amerisave. - Get "pre approved" and lock your rate for 60 days.  You'll have a written rate lock contract which is a legally enforceable contract agreement. - The rate you get will be excellent, almost too good to be true.  You can expect to get an "apples to apples" rate that's 1/4 point or more better than the "market rate". - You're thinking to yourself, this is a nice company to work with! - After two weeks, they'll ask you for more information to clear underwriting "contingencies".  - You will provide the information they request within 24 hours. - After one week (3 weeks total), they'll ask you for more information to clear underwriting "contingencies". - You will provide the information they requested within 24 hours. - Repeat until your rate lock expires....you haven't closed your loan. - You decide to go with a big company even though the "apples to apples" rate is 1/4 to 1/2 point higher. - You close with the big company as expected.  You're happy you're finally done with this experience. - You write Amerisave a letter requesting they refund the $30 (credit fee) and $300 (appraisal fee) that you paid. - They never respond, so you send a 2nd request asking for a refund. - They never respoind, so you send a 3rd request asking for a refund. - You get mad.  Research your state statutes.  Start putting something together to file a complaint with your state insurance department.  You decide this is a waste of time. - You're still mad, so you start putting something together to try and dispute the credit card charges.  You realize this is also a waste of time since you technically did authorize the charges in the first place. - You write a review on ViewPoints.com or someother website

They woudl get ZERO stars, but you have to do at least one star with this rating system;   I have a very good credit score (700) and over $2.2 million in assets.  I was trying to refinance my primary residence, to lower my rate and take some cash out.  My total current debt is only $460,000 and I wanted to add another $80,000 to this.  My original rate was around 6% and the additional $80,000 borrowed would not even have increased my monthly payment (based on the newer lower rate).  Amerisave first did not lock the rate when I requested it, even though they told me in writing that they had.  I then had to start another application and PAY for them to run my credit for a second time.  I was able to lock my rate, but this time at a higher rate.  The process continued and I paid almost $500 to have my house appraised.  Their promised closing times are a joke!  I e-mailed them repeatedly as my rate lock was close to expiring.... they did nothing, but ended up extending the lock for another month, which was inconvenient to me and meant that the process was now at almost 90 days!  Then out of the blue they declined my loan based on my 'Credit'.  I questioned how this could be the case when they ran my credit TWICE at the very beginning of the process and my specific rate/points etc was all based on my specific credit score.  All I got was a simply apology saying they were sorry they had not noticed it earlier!!!  I offered to have my wife co-sign as she has perfect credit, they did not even respond and have not responded to several subsequent e-mails.  They did not try to work with me in the slightest.  I have reported them to the BBB and am getting an attorney.  I did some research and it seems they often run this sort of bait and switch, they seem to lie and do not lock the correct rates in for their clients. Another comment I read said that they often 'lock you in' in the hopes the rate goes down, but if like in my case the rate goes up they simply decline your loan for whatever reason they feel like.   I am now three months behind, out of pocket about $1,000 with all their silly fees (not to mention all my wasted time and that this dishonest company has all my private information), with no mortgage and they won't even talk to me.  They are unethical and I would not recommend anyone waste their time dealing with them.

I cannot say anything good about AmeriSave Mortgage. They intice you with a promise of a low interest rate. After you invest time aand money in their application process, the story changes. They will not deliver the rates advertized. They try to come up with a reason that you will need to pay a higher rate. In my case They couldn't find reason to raise my rate, I have an 821 credit score, my LTV was less than 40%, I have no debt except mortgage, my assests are more than 4 times the loan amount I was seeking and I had a proposed income to debt ratio of less than 20%. So, first they promise that they have "locked" me in a very good mortgage rate and then after collecting more than $500 in fees, they just say, sorry we don't have a loan for you. I couldn't really understand their scam until reading others problems. I have realized that what they do is quote very low rates and then hope that the rates in the market drop after you have "locked" your rate. Then, perhaps if rates have dropped enough, they might close you loan at a rate higher than they will be quoting on the day you close. But if rates remain stable or go up, then they just weazel out of the committment they made to you. There really needs to be a law that would make this business pracitice illegal. My AmeriSave Sr. Loan advisor, Paul Jackson lied to me in every single statement he made. Not one answer he gave me was truthful. Stay away from AmeriSave and save yourself from grief.